The agency clears the way for 737-8 and 737-9 aircraft to return to service, possibly by the end of this year. 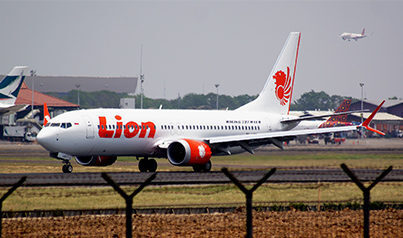 The U.S. Federal Aviation Administration (FAA) rescinded its grounding order for the Boeing 737 MAX aircraft Nov. 18 (PDF), clearing the way for the embattled narrowbody aircraft to reenter commercial service, potentially by the end of this year.

In addition to FAA Administrator Steve Dickson formally rescinding the order that grounded the aircraft, the FAA published an Airworthiness Directive (PDF) specifying design changes that must be made before the aircraft returns to service, issued a Continued Airworthiness Notification to the International Community (CANIC) and published new MAX training requirements  (PDF).

“These actions do not allow the MAX to return immediately to the skies,” the FAA cautioned in a statement. “The FAA must approve 737 MAX pilot training program revisions for each U.S. airline operating the MAX and will retain its authority to issue airworthiness certificates and export certificates of airworthiness for all new 737 MAX aircraft manufactured since the FAA issued the grounding order. Furthermore, airlines that have parked their MAX aircraft must take required maintenance steps to prepare them to fly again.”

The MAX has been grounded globally since March 2019, when the FAA determined that two fatal MAX accidents killing 346 people, one a Lion Air aircraft that crashed into the Java Sea in 2018, and another, an Ethiopian Airlines aircraft that crashed shortly after takeoff from Addis Ababa in 2019, had a “common cause.” A recent report on those accidents by the U.S. House of Representatives concluded that Boeing made faulty assumptions regarding the aircraft’s maneuvering characteristics augmentation system (MCAS), which contained software designed to automatically push the aircraft’s nose down under specific conditions. Boeing assumed pilots would be able to mitigate any malfunction, the House report stated, but the pilots operating the aircraft that crashed were “largely unaware” of the MCAS system.

The FAA said its work to recertify Boeing 737-8 and 737-9 aircraft over the past 20 months was extremely thorough. “FAA employees worked diligently to identify and address the safety issues that played a role in the tragic loss of 346 lives aboard Lion Air Flight 610 and Ethiopian Airlines Flight 302,” FAA stated Nov. 18. “Throughout our transparent process, we cooperated closely with our foreign counterparts on every aspect of the return to service. Additionally, Administrator Dickson personally took the recommended pilot training and piloted the Boeing 737 MAX, so he could experience the handling of the aircraft firsthand.”

Boeing responded to the FAA rescinding its order grounding the 737 MAX. “Throughout the past 20 months, Boeing has worked closely with airlines, providing them with detailed recommendations regarding long-term storage and ensuring their input was part of the effort to safely return the airplanes to service,” the U.S. manufacturer stated. “An Airworthiness Directive issued by the FAA spells out the requirements that must be met before U.S. carriers can resume service, including installing software enhancements, completing wire separation modifications, conducting pilot training and accomplishing thorough de-preservation activities that will ensure the airplanes are ready for service.”

Boeing Commercial Airplanes President and CEO Stan Deal added: “The FAA’s directive is an important milestone. We will continue to work with regulators around the world and our customers to return the airplane back into service worldwide.”

Foreign aviation regulatory agencies, including the European Aviation Safety Agency, must issue their own orders lifting the grounding before non-U.S. airlines in relevant countries can resume commercial operations with the aircraft. “Over the coming weeks, the FAA will be working with our domestic stakeholders and foreign civil aviation authorities so that they can make their own decisions on returning the 737 MAX to service,” the FAA said, adding: “The FAA’s review of this aircraft and Boeing’s design changes have been comprehensive and methodical processes to ensure all of the identified safety issues for which the 737 MAX was grounded have been addressed. Our work has been driven by safety, not a timeline. The decision to rescind the grounding order was made after tens-of-thousands of hours of review, certification testing and evaluation.”

The FAA detailed what U.S. airlines operating the MAX must do to return the aircraft to the skies: “Operators of Boeing 737 MAX airplanes registered in the U.S. will be able to bring their existing fleet into compliance once the AD publishes in the Federal Register. Boeing will be able to deliver aircraft that meet the updated design once the FAA has performed an in-person review for each airplane and issued it a certificate of airworthiness. Lastly, before a U.S. carrier can commercially operate the Boeing 737 MAX, it will have to implement an FAA-approved pilot training program.”