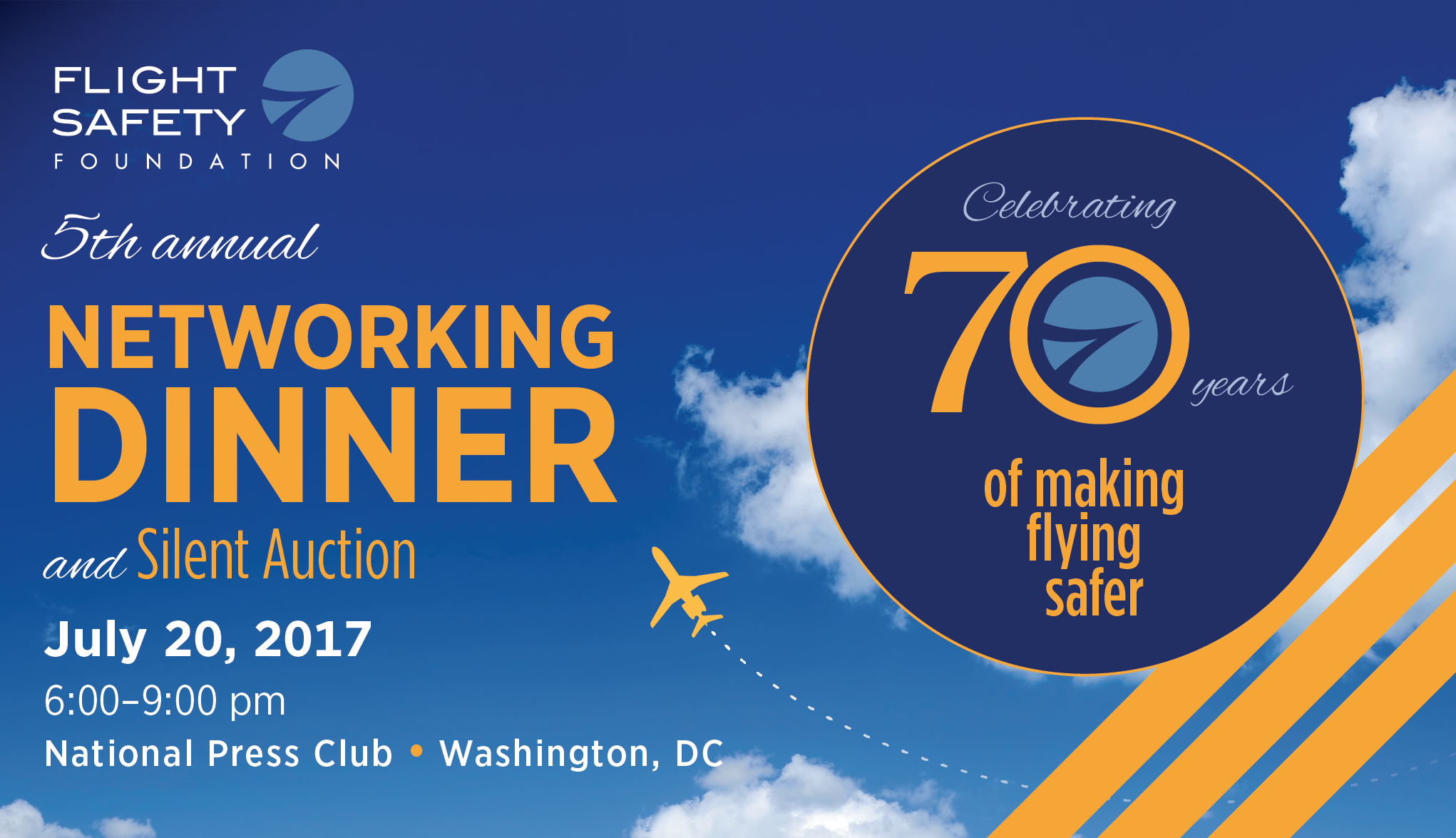 PURCHASE YOUR TICKET OR TABLE

The Foundation has the enduring mission and obligation to be the leading voice of safety for the global aviation community. We do this by bringing safety specialists together to freely discuss important issues that affect the aviation industry each day. Safety is not static, and the industry must continuously invest in it, both within its own companies and also as a part of the larger conversation.

The annual Networking Dinner and Silent Auction is an opportunity to connect with your aviation safety peers for an evening of education, good food, lively conversation and, of course, fun! The event will feature a networking social hour, silent auction, dinner and a program that will include appearances by the Foundation chairman, president, and a special guest speaker. More details on the special guest speaker to be announced. 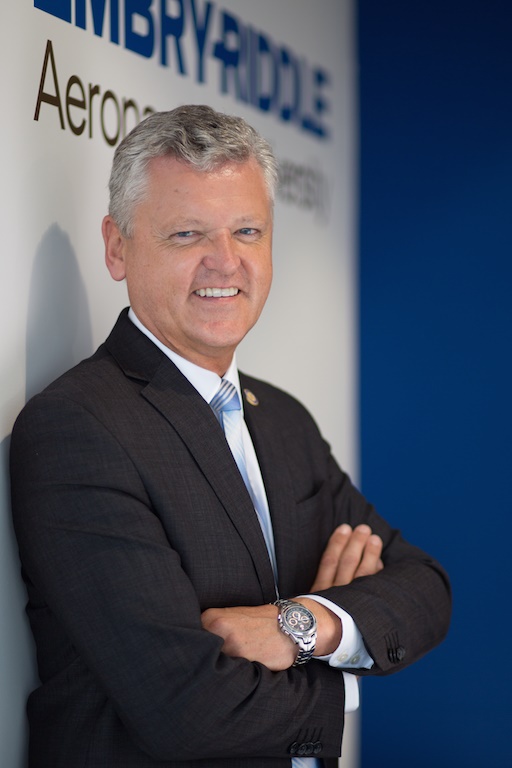 Under his leadership, the Worldwide campus, which serves more than 23,000 students annually, has experienced an increase in accredited programs, an expansion of highly qualified faculty and staff, and the introduction of research initiatives — all of which help to advance the university’s relationships throughout the United States, Europe, Asia, the Middle East and South America. In 2016 and 2017, U.S. News & World Report named Embry-Riddle Worldwide number one in the United States for online bachelor’s degrees.

Watret serves as chairman of the Board of Directors for Embry-Riddle Aeronautical University-Asia in Singapore; as an appointed board member for the University of Florida Online Campus; as a member of the Flight Safety Foundation Board of Governors; and as a board member of the Aerospace Alliance. He is also a fellow of the Royal Aeronautical Society (FRAeS). During his 26-year tenure with ERAU, Watret has served in several administration roles and he is a tenured professor of mathematics.

A licensed private pilot, he holds a Ph.D. and a Master of Science in mathematics, both from Texas A&M University, and a bachelor’s degree with honors from Heriot-Watt University in Edinburgh, Scotland.

A silent auction will take place alongside this networking dinner. Last year’s auction drew great prizes and a lot of competitive bidding from the crowd. Large model airplanes, airline tickets, fine wines, books and hotel stays were just a few of the items that were on last year’s list, and we hope for an even better selection this year. Please consider a donation! If you are Interested in donating an item for bidding in the silent auction, contact Caren Waddell.

Show your organization’s support for flight safety through sponsorship of a table (10 seats) for US $5,000. Sponsored tables receive recognition on the event program and website, and verbal recognition at the event. Purchase a table sponsorship online or contact Brett Eastham.

Individual tickets to the event are US $250 each. Purchase one or multiple tickets online.