Hugh DeHaven was an inventor and entrepreneur whose groundbreaking research in crash survivability led to the redesign of airplane cockpits, the introduction of seat belts in automobiles – and a role in the formation of Flight Safety Foundation.

DeHaven, born in 1895 in New York City, received a degree in mechanical engineering from Cornell University in 1915. Two years later, while training for the Royal Flying Corps in Toronto, he was the sole survivor of a midair collision. The experience led to a lifelong interest in crash injury research. 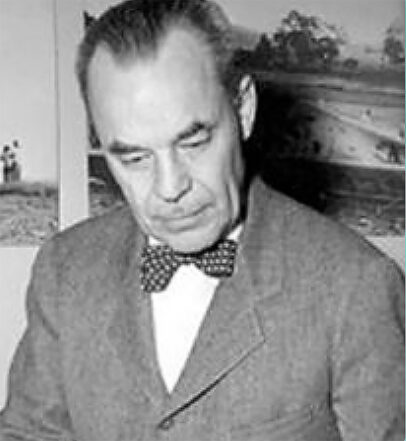 That research was resulted in the redesign of airplane cockpits and seats and the development of safety features for automobiles including the seat belt and airbag. DeHaven’s research, which earned him the nicknames of “father of crashworthiness research” and “father of crash survivability,” is credited saving countless lives.

After working as an inventor from 1920 to 1933, DeHaven began independent studies on physical forces associated with falls. This led to his influential paper, “Mechanical Analysis of Survival in Falls from Heights of Fifty to One Hundred and Fifty Feet,” published in the American Medical Association’s War Medicine journal in 1942.

The same year, with initial support from the National Research Council, DeHaven founded the Crash Injury Research (CIR) project at Cornell University Medical Center, where he served as director and principal researcher from 1942 to 1954.

With the rapid growth in the automotive industry and a national focus on automobile safety, DeHaven believed that it was better for aviation crash injury research to be in a separate program. Thus, with support from Eugene DuBois, head of the Department of Physiology at Cornell and chairman of the Committee on Aviation Medicine, the Aviation Crash Injury Research (AvCIR) program was created.

Through his early research, DeHaven discovered a clear relationship between airplane design and crash survivability. To advance the research in aviation crash injury and develop solutions to reduce injuries and fatalities in airplane accidents, DeHaven needed additional data. Evidence from his early findings was a major factor in enlisting the support and interest in 1941 of Jerome Lederer, then director of the Safety Bureau of the Civil Aeronautics Board (CAB), a precursor of the U.S. Federal Aviation Administration. With a new source of accident-injury data assured by the CAB, complimentary support for medical aspects of the project was obtained from the Committee on Aviation Medicine of the National Research Council. Dr. Eugene DuBois, who chaired the committee and was also the head of the Physiology Department at Cornell, was a strong supporter of DeHaven’s research, as were two other founders of Flight Safety Foundation, Richard Crane and David Morrison, who also worked at AvCIR.

As the war ended, funding for DeHaven’s AvCIR program began to decline, and DeHaven and DuBois sought other sources of funding and a home for the research to continue. DuBois confided in Morrison and asked for his help.

Morrison approached Richard Crane and proposed the idea of an independent nonprofit foundation to serve as a new home for aviation crash injury research. He had a vision that an independent organization free from the pressures of manufacturers and airlines would allow the pursuit of ideas and concepts that he and Crane were developing. Morrison also wanted to carry on with his research into simplified cockpit design and cockpit human factors.

In 1945, Morrison was joined by DuBois, De Haven and Crane to form Flight Safety Foundation in New York and serve as the Governors of the Board. Initial financing for aviation crash injury research, and also for renting office space and hiring a small staff, came from the Friendship Fund, a philanthropic trust established by Crane’s grandfather. DeHaven and other early Governors of the Foundation facilitated the transfer of AvCIR from Cornell to Flight Safety Foundation in 1957 and established it as a division of the Foundation.

Over the course of his career, DeHaven was credited with the invention of the three-point seat belt. Other transportation safety innovations that can be directly or indirectly credited to him are the inertial control seat belt, passive restraints, dashboard padding, safer passenger seats, air bags, recessed and collapsible steering columns, and fewer protruding instruments on control panels.