Richard Teller Crane logged his first solo flight at age 13, launching an aviation career that included an apprenticeship with aviation pioneer Glenn L. Martin and a research partnership with David Morrison that focused on finding ways to prevent crash injuries and ultimately led to the creation of Flight Safety Foundation.

Crane was born in 1914 in Chicago and spent much of his youth in Europe, accompanying his family members who served in a number of diplomatic posts.

After returning to the United States, Crane became interested in flying, soloing at age 13 and beginning formal flight training four years later, in 1931. He earned a commercial pilot license in 1935 while working at the Glenn L. Martin Company, which, after various mergers, became what today is the Lockheed Martin Corp. He worked as an apprentice under the guidance of Glenn Martin, helping build aircraft at the company’s Baltimore plant.

While there, he met David Morrison, a draftsman in the Research and Development Group, and the two began a life-long collaboration and friendship. 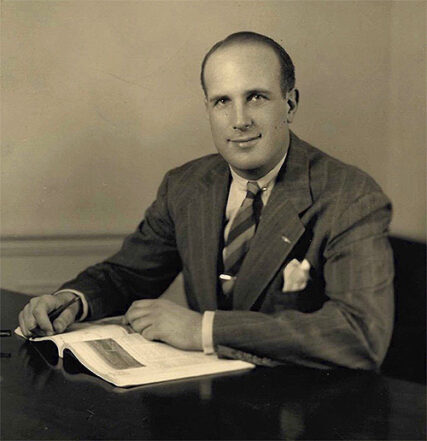 During summers in the late 1930s, Crane worked at the Hyannis-Falmouth (Massachusetts, U.S.) Airport as a pilot and flight instructor. His observations of airport operations triggered the idea that small airports could benefit by being connected to larger airports, which were served by big airlines. His small airline – for which he also was a pilot – was called the Airline Feeder System, and connected small airports in Massachusetts, Connecticut and New York.

His interest in crash survivability, airplane design and safety features that could prevent serious injury or death received a boost after a 1939 accident in which a tri-motor airplane was caught in a downdraft and struck a wire fence at the Bridgeport, Connecticut, airport. The pilot – Norwegian polar aviator Bernt Balchen – and four passengers, including Crane, who owned the airplane, were all uninjured in the crash, which tore off the undercarriage and landing gear, punctured the fuel tanks and bent the propellers.

World War II intervened, however, and in 1940, Crane entered active duty as a pilot for the U.S. Army Air Corps and became a major in 1941. He accumulated 6,000 flight hours in several aircraft types.

Later, he worked for Cornell University’s airplane crash injury research program. Crane and his colleague Morrison were first assigned to the Navy Division of Special Devices, to work on cockpit reform and synthetic training devices.

They subsequently were assigned to the Cornell University Aviation Crash Injury Research (AvCIR) program, under the guidance of Eugene DuBois. Crane and Morrison carried out research and time motion studies of pilot hand movement in relation to cockpit instrumentation and redesigned existing instruments with improved ergonomics. Morrison worked on a redesign of the yoke with rearranged trim tabs, while Crane developed a simplified pedestal for multi engine aircraft and a shut-off valve for fighting engine fires. Many of the new designs were accepted by both the U.S. Army and Navy.

For his work, Crane received a National Research Council commendation. Crane and Morrison shared a similar vision for aircraft safety and simpler cockpit design in a postwar airline environment.

As the war ended, the funding for AvCIR was reduced and DuBois sought a new home for the research and new funding sources. DuBois confided in Morrison, who was working on the Navy’s ideal cockpit project, and Morrison approached Crane to propose creating an independent, impartial, nonprofit foundation to host the crash injury research, as well as his research on simplified cockpit design and cockpit human factors.

In 1945, Crane, DuBois, Morrison and Hugh DeHaven, director of Cornell’s crash injury research program, established Flight Safety Foundation and served as the Governors of the Board. Initial financing came from the Friendship Fund, a philanthropic not-for-profit corporation created by Crane’s grandfather, Charles R. Crane. It wasn’t until 1959, however, when the transfer of AvCIR program to the Foundation was completed.

In their search for someone to organize and run Flight Safety Foundation, DuBois, Crane and Morrison found Jerome F. “Jerry” Lederer. Lederer had taken a deep interest in the Cornell aviation crash injury research program in the early 1940s, while serving as director of the U.S. Civil Aviation Bureau, a precursor of the Federal Aviation Administration. Lederer had assisted DuBois and DeHaven on the crash injury research program by supplying critical accident and safety data for their research.

In 1948, Lederer joined the Foundation as its director. He had launched Aircraft Engineering for Safety (AES) a year earlier as a venue to share mechanical safety information among airlines and manufacturers. AES merged into Flight Safety Foundation as a new division, with Gloria Heath as its director.

In the years that followed, Crane served on the Foundation’s Board of Governors in different capacities, including as its chair. At one point, after Lederer had left the Foundation, Crane temporarily served as the president.

Crane joined Reed Research and the Reed Research Foundation in the mid-1950s, serving as a vice president and a member of the Board of Directors. He moved to Switzerland in 1958 and continued his involvement with the Foundation remotely, occasionally traveling to the United States for Board meetings. For years, he helped secure funds for the Foundation through the Friendship Fund.

Crane and Morrison continued their friendship and collaboration remotely during the 1950s and 1960s, working on projects in aviation and other fields. At one point, they had established several joint business ventures and were carrying out a dozen research projects. Through Davric Associates, founded by Morrison, Crane supported the research and development of several technologies, including high-volume industrial self-cleaning filters, distillation and filtration systems to convert ocean water to drinking water, filtration for cleaning automotive exhaust gasses, and filtration systems to separate microorganisms and plankton from seawater. 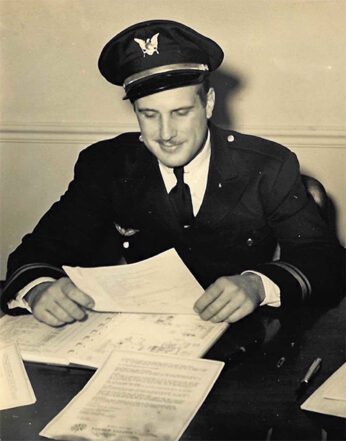