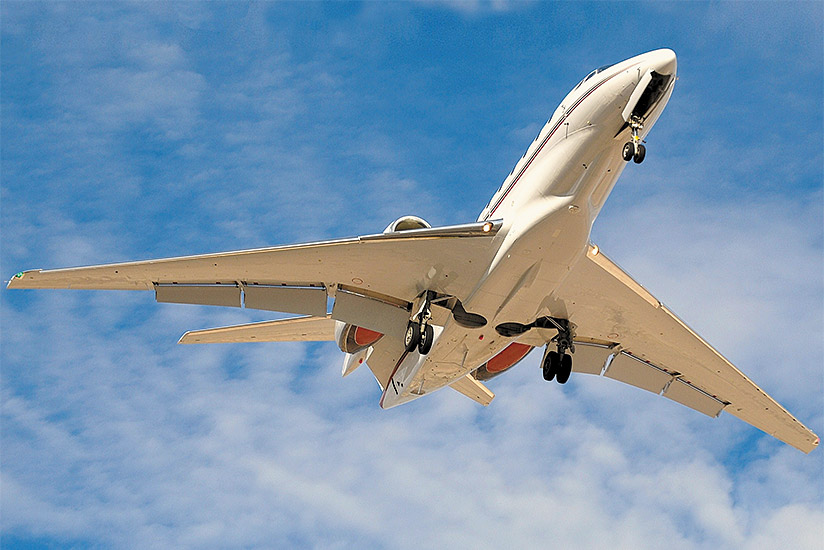 The Air Charter Safety Foundation (ACSF) in the United States anticipates adding another six or seven participants to its aviation safety action program (ASAP) in the first quarter of 2015, according to ACSF President Bryan Burns. The likely additions will be a mix of on-demand charter operators covered under Part 135 of the U.S. Federal Aviation Regulations (FARs), fractional program managers covered under FAR Part 91K and Part 91 operations, Burns told AeroSafety World, adding that the nine current participants also represent a mix of operations.

The goal of an ASAP is to prevent accidents and incidents by encouraging voluntary reporting of safety issues and events that come to the attention of employees of certificate holders, according to the U.S. Federal Aviation Administration (FAA). To encourage employees to voluntarily report safety issues that possibly involve violations of the FARs, “enforcement-related incentives” are designed into ASAPs, according to information available on FAA’s website <faa.gov>. “Under an ASAP, safety issues are resolved through corrective action rather than through punishment or discipline. … ASAP safety data, much of which would otherwise be unobtainable, is used to develop corrective actions for identified safety concerns, and to educate the appropriate parties to prevent a reoccurrence of the same type of safety event,” according to FAA Advisory Circular (AC) 120-66B, “Aviation Safety Action Program (ASAP).”

Each ASAP is based on a partnership that includes the FAA and a certificate holder, and may include a third party, such as the ACSF, which launched its ASAP in the FAA’s Great Lakes Region in 2012, and a year later expanded it to include the Western-Pacific Region. The Great Lakes Region includes Illinois, Indiana, Michigan, Minnesota, North Dakota, Ohio, South Dakota and Wisconsin. The Western-Pacific Region includes Arizona, California, Hawaii and Nevada. Currently, all but one of the ACSF program participants are located in the Great Lakes Region. ACSF is working to expand its program into other FAA regions as well.

The FAA program originally was targeted at air carrier and repair station employees, but ACSF saw an opportunity to take the airline-based concepts and apply them to Part 135 and Part 91 operators, Burns said. ACSF worked with the Minneapolis Flight Standards District Office (FSDO), which has extensive Part 121 (air carrier) ASAP experience, to launch its ASAP in August 2012 with two charter company participants.

To participate in the ACSF program, an operator must sign a memorandum of understanding (MOU) with ACSF and FAA, through the appropriate FSDO. The MOU outlines the conditions for participating in the program, including reporting procedures and timelines for filing reports, and details the process for reviewing reports and who will do the reviews. The ACSF ASAP applies to all covered employees of a participating company, and only to events that occur while acting in that capacity, according to ACSF’s program materials.

When a covered employee submits a report to the ASAP, the report is processed and reviewed by an event review committee (ERC) comprising an FAA representative, a company management representative and a representative from the participating employee group. The ERC reviews and analyzes all the reports submitted under the ASAP and determines which reports qualify for inclusion. The ERC also identifies actual and potential safety problems from the issue/event information contained in the report and proposes solutions for those problems, and any other action to be taken in response to a reported event. “The success of ASAP is built on the ability of the ERC to achieve consensus on each event that is reported,” according to AC 120-66B. ASAP reports are submitted and processed using a web-based software tool that is supplied and maintained by FAA, according to ACSF materials.

Charter operators and fractional companies that participate in the ACSF ASAP benefit in a variety of ways, according to Burns. Pragmatically, there is a cost savings. There is no cost for a company to participate in ACSF’s program (although there is some training involved and an operator must be a member of ACSF), whereas the cost of starting up its own program could exceed $60,000 in staff time, according to ACSF documentation. “The cost and infrastructure, for these guys to try to do it by themselves, would be overwhelming,” Burns said.

Also, the ACSF program offers access to data that small, individual companies would not otherwise be able to obtain. ACSF shares with each of its ASAP participants aggregated, de-identified data on safety events reported by all of the participants. As of mid-July, more than 80 reports had been closed in just under two years of the program’s operation. Sufficient data volume over time is essential to seeing trends and identifying possible precursors to incidents and accidents.

Burns sees the ASAP as a way participants can constantly enhance and improve safety at their operations. “We’re very passionate about moving the safety needle,” he said.