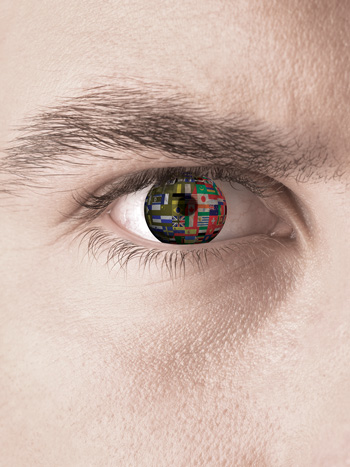 A lack of uniformity in assessing pilots with color vision deficiency (CVD) is encouraging “aeromedical tourism,” with pilots seeking out aeromedical examiners in countries most likely to accept their particular deficiencies and issue medical certificates, according to a new study.1

The study was conducted by Dougal B. Watson, principal medical officer of the New Zealand Civil Aviation Authority, and a report on its findings was published in the February issue of Aviation, Space, and Environmental Medicine. The report concluded that “the medical assessment of CVD applicants is not performed consistently across the world. Factors that favor uniformity have been inadequate to encourage countries toward consistent medical assessment outcomes.”

This inconsistency does not conform to “the highest practicable degree of uniformity in medical assessment outcomes,” the report said.

CVD is an inability to see some shades of color — or, in some severe cases, an inability to see colors at all — that are seen by people with normal color vision (see “Explaining Color Vision Deficiency”). Noting that, in aviation, color has an important role in cockpit instruments and displays, on charts “and throughout the external airborne and terrestrial environment,” the report added, “The ubiquity of color-coded information … has [led] to the importance of pilots and air traffic controllers being able to rapidly and accurately differentiate and identify colors.”

People can see colors because the cones — photoreceptors — in the eye’s retina contain light-sensitive pigments that enable the detection of wavelengths associated with red, green or blue light. That information is sent through the optic nerve to the brain, which distinguishes among many shades of color.1

Color vision deficiencies (CVD) occur when one or more light-sensitive pigments are missing from the cones. People with CVD typically have difficulty differentiating among the associated colors.

Although the term “color blind” often is used to refer to CVD, very few people are actually “blind” to color. Those who are truly color blind are those with a condition called achromatopsia; they see all colors as black, white or gray.

CVD usually is an inherited condition, but it also can result from diabetes, macular degeneration or other diseases, or some medications. Advancing age also can contribute to a deterioration of color vision.

The report traced aviation standards for color vision to World War I, when the British Royal Flying Corps tested applicants’ color vision. “Great emphasis was laid upon perfect color vision because of the importance of picking out the color or markings of hostile machines, recognizing signal lights and judging the nature of landing grounds,” the report said, quoting from a history of aviation medicine in the Royal Air Force.2

Today, color vision standards set by the International Civil Aviation Organization (ICAO) specify that pilots must have “the ability to perceive readily those colors the perception of which is necessary for the safe performance of duties.”3

However, the report said that the wording of the ICAO standard, as well as the flexibility given to ICAO member states in determining exactly how they will evaluate pilots’ color vision and how they will interpret the results, leads to “wide scope for variation in the examination and the assessment of applicants’ [color vision].”

The report added, “Wherever there is variation between countries in the interpretation and implementation of medical standards, there is also the potential for aeromedical tourism. Aeromedical tourism occurs when an applicant, faced with an unattractive medical assessment from one regulatory authority, seeks a more accommodating medical assessment from a different regulatory authority.”

The study examined information about 78 countries — all but one of them ICAO member states — representing 92 percent of world aviation activity and found that their national medical standards contained similar color vision requirements.

For example, in Canada, India, Pakistan, Singapore and South Africa, the requirement is for professional pilots to “perceive readily those colors the perception of which is necessary for the safe performance of duties,” while in New Zealand, pilots must “have no deficit of colour vision to an extent that is of aeromedical significance.” European Joint Aviation Requirements call for pilots to “have normal perception of colours or be colour safe,” and U.S. Federal Aviation Regulations specify that pilots must “perceive those colors necessary for the safe performance of airman duties.”

The secondary screening practices end in similarly divergent paths — those applicants who pass are issued a medical certificate, and those who fail are either denied certification, granted certification with specific conditions such as no night flight, or subjected to further investigation in the continuing assessment process.

The examination of the assessment processes found that, for pilots seeking a Class 1 medical certificate, all states began with a primary color vision screening. In 66 of the 78 member states, the primary screening consists of a single test; the remainder use two tests or more.

The report said that all but one of the states include at least one type of Ishihara pseudoisochromatic plate test (Figure 2) in their primary screenings; for 88 percent, an Ishihara test was the only one in use.

The most commonly used Ishihara test involves the use of a set of 24 plates designed to assess color vision. The study found that, in 65 of the 75 states using that set, a single error on the first 15 plates results in failure.

The secondary screenings typically involve the use of optical lanterns and other devices designed to test color vision by asking applicants to identify the colors, but they may also involve flight tests. Sixty of the 74 states allow only one level of secondary screening, but 14 provide two or more levels, so that applicants who fail on their first attempt may undergo alternative tests.

The “further investigation” phase is used in two states, and in both, applicants who pass are restricted to daytime flights while those who fail are denied medical certification, the report said.

In five of the 78 states surveyed, applicants who fail all phases of tests offered still are granted medical certification with restrictions, usually in the form of prohibitions on airline flying or night operations, the report said.

“In one state, an applicant who fails all of the testing offered may be issued a Class 1 medical assessment that allows all professional aviation operations except left-seat (captain) airline operations,” the report said. “In this state, a profoundly CVD applicant is able to operate as an airline copilot.”

Among the inconsistencies noted in the report were that some states did not comply with their own published assessment processes, either using a more liberal pass-fail threshold or applying different requirements for new applicants versus experienced pilots. Some states evaluated color vision only as part of the first application for medical certification, some tested annually, and others conducted the test every few years.

In addition, the report said, “some also accepted the [color vision] assessment of another state in lieu of their own, even when that other state’s CVD assessment protocols and outcomes were different to their own requirements.”

The report said that, although the ICAO standard is “conceptually sound and relatively concise … [it] is not readily interpreted for practical use. It does not indicate which colors need to be perceived readily for safe aviation, or what degrees of measurable CVD [fail] to comply.”

The document noted that ICAO has acknowledged the difficulties of clarifying the international color vision standard and of providing more specific criteria for assessing CVD, stating in its Manual of Civil Aviation Medicine, “The question is where to draw the line.”4

While a single-step assessment would be easier to administer and less expensive, the report said, a two-step process with a second assessment for those who fail the first step would help reduce the number of false-positives. In this way, the report said, the structure of the CVD assessment system influences the outcome of assessments.

Earlier research found that it is not unusual for people with normal color vision to misread some plates in the 24-plate Ishihara test, the most common tool for assessing color vision. Nevertheless, errors on three or more plates almost always indicate that the person being tested has CVD.

Instructions accompanying the 1985 version of the 24-plate CVD test say that the first 15 plates are used to determine whether color vision is either normal or defective, and, if 13 of the 15 plates are read correctly, color vision should be considered normal.

The report said that the states that set a higher threshold for passing (those requiring a perfect reading of all plates, or allowing only one error) were allowing more false-positive results — in which people with normal vision are identified as having CVD.

These states may hold “fundamentally different views of the purpose of … testing,” the report said.

The same conclusion applies to states with a lower threshold for errors (six or more incorrectly read plates), the report said, noting that their goal presumably is to ensure that no one with normal vision is incorrectly identified as having CVD.

“An argument that the different systems produce similar outcomes cannot be reasonably embraced,” the report said. “Two regulatory systems will not have remotely similar medical assessment outcomes when one declines an applicant who makes one error … and another allows unrestricted commercial and limited airline pilot privileges to an applicant unable to pass any CV test.”

ICAO provides no specific guidance on how member states should determine the pass-fail threshold, the report said.