Researchers say human pilots can’t be eliminated from the cockpit … yet. 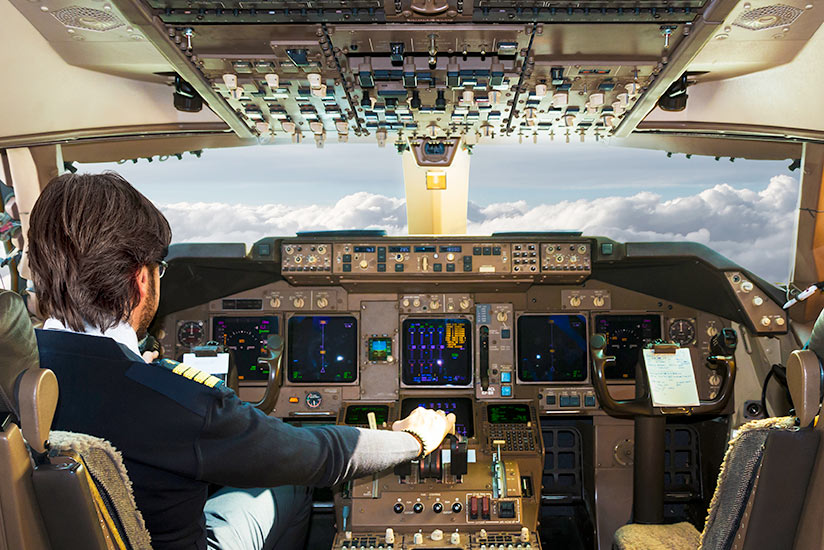 Despite technological advances and increased automation, the role of human pilots in the cockpit remains critical, especially in situations that are out of the ordinary, according to research by the U.S. National Aeronautics and Space Administration (NASA).1

A research report, published in September 2017 to coincide with presentation at a meeting of the American Institute of Aeronautics and Astronautics, said that data generated in a study of several crew configurations support “the criticality of the human’s role and the adaptability of human pilots/flight crew that is instrumental in overcoming non-normal conditions and in completing safe recoveries, even in SPO [single-pilot operations].”

The number of required flight crewmembers is determined by an aircraft’s design and governed by operating regulations, but “vast improvements in computational power and machine learning” have prompted research into the possibility of reducing the required number of crewmembers or relying on a single human pilot in the cockpit, the report said.

“Many envision RCO [reduced crew operations]2 or even SPO as a next logical step in aviation advancement, and often that motivation is economic, either by the reduction of costs associated with employing human pilots or in terms of finding and training enough qualified flight crew for operations,” the report added. “Finally, arguments are also made that the human is increasingly becoming a bottleneck to efficient airspace operations. Machines (i.e., automation) are becoming much more capable and many foresee a future where these machines can perform the requisite aviation tasking and duties as well as, if not even better than, humans.”

Nevertheless, the authors said that further technological advances and changes in regulations will be needed if the industry moves toward reduced crew operations.

They noted that although existing data point to human involvement in accidents, there are no data indicating how often pilots’ actions prevent accidents or incidents. However, the report said, “Anecdotal evidence, in fact, suggests the opposite of the forensic evidence, implying that crews routinely handle and adapt to ever-present and ever-changing operations and system/equipment failures.”

The research that formed the basis of the report was designed to “quantify the human pilot contribution to current-day flight operations,” the report said, adding that the ultimate goal is to use the information to identify new forms of automation, including autonomous systems, that might be used to benefit two-pilot crews and, eventually, to enable RCO or SPO.

The baseline study, conducted by the NASA Langley Research Center in partnership with the U.S. Federal Aviation Administration (FAA), examined the actions of pilots in three crew configurations:

All participating pilots held airline transport pilot ratings, and all were current Boeing 737-800 captains or first officers. Thirty-six pilots, who formed 18 crews, participated, flying both normal and non-normal scenarios in a 737-800 simulator operated by the FAA. All 18 crews included two pilots from the same airline.

The cockpit was designed as a present-day flight deck, with no new technologies, and the experiment was designed as a normal air carrier flight from Denver, Colorado, to Albuquerque, New Mexico. An air traffic controller and a number of “pseudo-pilots” participated in radio transmissions.

Each crew flew a normal 85-minute flight from Denver to Albuquerque. Then six crews conducted normal RCO flights with the captain as the resting pilot and 18 pilots flew normal SPO flights from top-of-descent to landing at Albuquerque.

The report described performance data for the non-normal events as “essentially unique … because of the vast array of failure conditions and effects.”

Nevertheless, the report said, some observations applied, including that the use of checklists by two-pilot crews was “more consistent and accurate” than in either RCO or SPO operations, and that flight path performance was better in two-pilot crews, which allowed for a both a pilot flying and a pilot monitoring.

“Two-crew operations provided four hands, four eyes and two brains to monitor and work the problem(s),” the report said. “Two pilots provided for workload sharing, especially in the rudder trim runaway non-normal [scenario], where the physical workload to control the vehicle was significant. Two pilots provided a larger wealth of experience … to draw from, such as adapting to unique flying techniques (using asymmetric thrust to help balance fuel load or rudder trim); knowing nearby available, suitable but underused airports (Grand Junction, Colorado); or understanding secondary or compounding failure effects that are not checklist items (loss of generators will cause pressurization effects).”

Overall, the report said, during normal flight, the primary factor in safety of flight and the propensity for crew errors was related to pilot workload.

“When the pilot workload exceeded certain limits, the pilots would shed tasks, and in doing so, errors in execution or omission would occur,” the report said.

Asked after each run to assess the safety conditions of their simulated flights, pilots from the two-crew and RCO configurations characterized safety during normal flights as “completely acceptable, or very near so.” Participants in normal SPO flights characterized safety as “unacceptable,” the report said, adding that the data “reflect the possibly precarious situation that SPO presents (i.e., in the event of failures, SPO means only one pilot on board to handle failures) and also that only one pilot is on board to monitor operations.”

In post-experiment comments, participating pilots’ offered opinions that “show that RCO was rated across the spectrum … for safety and acceptability,” the report said (Figure 1), adding that comments ranged from “as long as a secure system is in place to recall the crewmember back in matter of max 90 [seconds,] it would not be an issue” to “always better to have two sets of eyes/brains evaluating from onset of situation.” 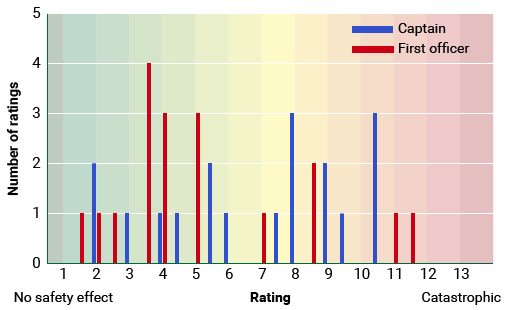 Similar assessments indicated that “the SPO condition was clearly not well appreciated by the flight crew,” the report said. Some of the most favorable ratings were quantified, the report added, citing one comment that “single pilot can be conducted safety except certain non-normal operations could become very risky.”

Most, however, reflected pilot opinions that SPO is “dangerous” (Figure 2). Comments included, “As the system stands, it would be catastrophic; would require vast changes to [aircraft and air traffic control] system; perhaps impossible; no human safety net; reduces safety and increases risk; environment demands two-person effort.” 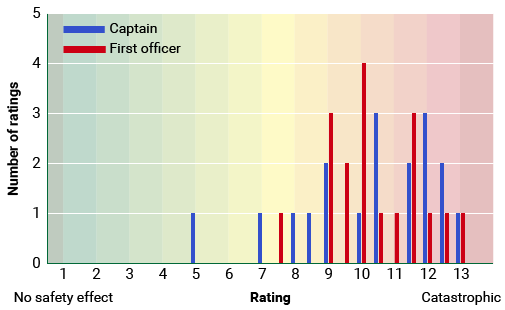 Responses to another question indicated that some participating pilots believed SPO would be more acceptable with a virtual co-pilot — a trained person on the ground who could remotely assist with performing checklists, communicating with ATC and performing other safety-related functions. “Overall, however,” the report added, “the pilot sentiments were that ‘nothing can replace a pilot in the cockpit’ and ‘SPO has no place in [Federal Aviation Regulations Part 121 air carrier] ops.”

In the future, the report said, the viability of RCO and SPO will depend in part on increasingly autonomous systems for some tasks.

Existing automation is “strong, silent and yet brittle,” and inadequate for SPO or RCO, the report said, adding, “Autonomy, as opposed to automation, should be robust, responsive to a delegation of tasks and goals from the pilot, and adaptive and adaptable to the needs of the human. Autonomy must effectively team with the human to keep them in the loop and situation-aware.”

Pilots participating in the study “were not entirely negative toward RCO,” the report said, adding that they believed it could help combat fatigue.