Study says spatial disorientation has a role in an increasing number of accidents. 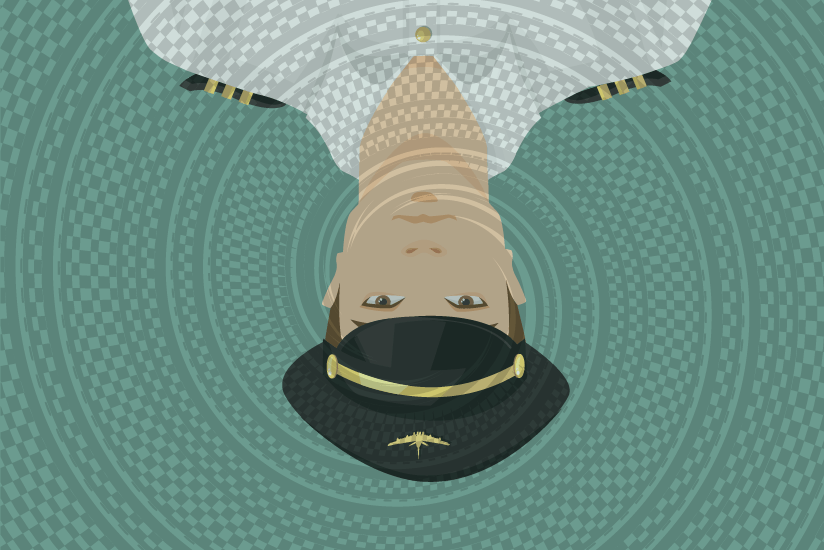 The number of transport-category airplane accidents involving spatial disorientation appears to have gradually increased in recent years even as the total number of accidents and incidents has declined, according to a recent study.1

The report, published in the February issue of Aerospace Medicine and Human Performance, concluded that there are several possible explanations, including pilots’ more frequent experiences with somatogravic illusion — the sensation of being in a nose-up attitude, which is especially likely in conditions with poor visual references — during a go-around or missed approach, but that additional research is needed to explain the phenomenon.

The researchers based their conclusions on a review of accident information from five national accident organizations and two independent groups2 from 1980 through 2015. They identified events involving transport or commuter airplanes being operated on scheduled and nonscheduled passenger and cargo flights, along with business or executive flights, positioning flights, aerial work, personal transportation and training flights. In all, they determined that 94 accidents involved spatial disorientation.

The report noted “considerable year to year scatter” of events involving spatial disorientation between 1980 and 2015, “as is expected with relatively rare events”; some years, none were reported, but other years, there were as many as nine (Figure 1).

“Nevertheless, the overall trend line is increasing slightly,” the report said. Because worldwide data are not available on the number of flights or flight hours, the rate of spatial disorientation events could not be calculated, the report said, adding, “Therefore, all that can be said is that the number of [spatial disorientation] mishaps is increasing.”

After searching the seven accident databases, the researchers identified 38 events with spatial disorientation as the primary cause and 56 in which it was a contributing factor. These 94 events included six incidents, seven serious incidents, six non-injury accidents, four nonfatal accidents and 71 fatal accidents involving 3,078 fatalities.

Sixty-four events involved Type 1 spatial disorientation, and 15 involved type 2; another 15 reports contained insufficient information for the researchers to make a determination, the report said. (In two-pilot flight crews, the study focused on the pilot flying.)

More accidents involving spatial disorientation occurred en route and during a go-around or missed approach — 21 percent each — than any other phase of flight, followed by climb, 18 percent; initial climb, 16 percent; and approach, 14 percent, the report said (Table 1). In comparison, the study also looked at data for loss of control–in flight (LOC-I) accidents and found that most, 31 percent, occurred during initial climb, followed by approach, 23 percent, and en route, 17 percent.

In half of the 94 cases of spatial disorientation, the outcome was an uncontrolled descent to the surface, the report said (Table 2). Those accidents resulted in 2,128 fatalities.

The other outcomes that involved fatalities were the 22 collisions with obstacles or terrain, which killed 862 people, and five in-flight breakups, which killed 76.

Other frequently mentioned primary causes were instruments/sensors, cited in 27 accidents that led to 785 fatalities, and flight crew, cited in 15 accidents involving 417 fatalities.

The report identified scenarios that frequently led to spatial disorientation accidents, including the loss of aircraft state awareness on go-around (ASAGA), which the report said had become more common in recent years, “particularly with the advent of large, long-range twin-engine transports.” ASAGA was cited in 15 of the 94 accidents.

Those large airplanes “have much more performance with all engines operating than previous aircraft with three or four engines,” especially at the end of a long flight when fuel burn-off has reduced an airplane’s weight, the report said.

“With all engines operating, the airplane may well have more performance than expected. The first problem is the acceleration and steep climb may trigger the somatogravic illusion with a perception of much steeper climb than is present. A second factor is the rapid sequence of events. Loss of aircraft state awareness on departure is similar, but the somatogravic illusion will likely be less severe because the aircraft weight will usually be greater and the resulting performance will be less.”

The document cited a 2013 report from the French Bureau d’Enquêtes et d’Analyses that concluded about 4 percent of public transport fatal accidents in the 25 years preceding the report were associated with ASAGA (“What Goes Around,” ASW, 5/14). However, the report added, “in 2009 and 2010, this rate rose by over 20 percent.”

Similarly, Flight Safety Foundation’s 2017 final report of the Go-Around Decision-Making and Execution Project found that failure to conduct a go-around is the primary risk factor in approach and landing accidents and that the global aviation industry’s compliance with go-around policies is poor, with only about 3 percent of unstable approaches ending in compliance with go-around policies.3

The research identified several possible explanations aside from ASAGA-type upsets, including:

The report also noted that an inadvertent encounter with instrument meteorological conditions during visual flight rules operations also is a frequent problem, primarily in general aviation and helicopter flights.

Data show the most frequent spatial disorientation scenario was the failure of primary flight data, which factored in 18 of the 94 accidents; a related category — pitot-static confusion — factored in 12 accidents, the report said.

“Pitot-static confusion happens when one or more pitot tubes are blocked or when one or more static ports are blocked,” the report said. “In either case, the indicated airspeed or altimeter may behave in apparently strange ways. A relatively common effect is a blocked pitot tube, which will indicate a low reading but will increase as the aircraft climbs. In many airplanes, the problem is compounded with arcane warnings. The result is often confusion on the part of the pilot about what the airplane is doing.”

Other problem areas include night circling approaches in which the pilot maneuvers, “often aggressively” and often with few visual cues, toward the landing runway, and non-back-driven sidesticks which do not allow one member of a two-pilot crew to recognize that the other pilot is manipulating the flight controls.

One issue, more common in the 1980s and ’90s, involved pilot attempts to “help” the autopilot, the report said, adding that this appears no longer to be a significant problem.