Employees who distrust their managers are less willing to share information about themselves and safety concerns. 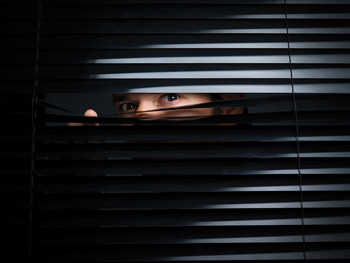 Given the centrality of trust in current safety management ideas, it follows that industries with trust breakdowns may not be as safe as they could be. Working on behalf of the British Air Line Pilots’ Association (BALPA), the author used a questionnaire to investigate the pilot lifestyle, including this aspect of the work environment. Four hundred and thirty-three responses were received. Three questions explored levels of trust between pilots and managers.

Before discussing the results, it is useful to look at some of the research that suggests trust is the forgotten ingredient in the safety mix.

Leaving aside the tension between normal-accident theory (which posits that accidents are inevitable) and high-reliability theory (which claims that the risk of an accident can be significantly reduced), it is clear that both theories have something to contribute to risk management. For example, Geoffrey R. McIntyre summarizes the main features of high-reliability theory in his book Patterns in Safety Thinking:1

What is most interesting about this list is not so much what it says, but what it does not say. Organizational learning requires that information is communicated up and down hierarchies in an uninhibited and timely manner. But risk communication will only happen if employees trust managers and vice versa. Despite the primacy of trust in the risk communication process, trust is not explicitly mentioned by McIntyre. He merely alludes to it when he talks about the need for “good organisational design and management.”

Several studies have established a link between trust and safety. For example, in their paper “The Impact of Safety Organising, Trusted Leadership and Care Pathways on Reported Medication Errors in Hospital Nursing Units,”2 Timothy Vogus and Kathleen Sutcliffe observed: “Recent studies … suggest trusted leaders … create a context likely to bolster the effects of safety organising on patient safety. When registered nurses (RNs) trust their manager they are more likely to fully engage in the behaviours of safety organising (e.g., discussing errors and ways to learn from them, questioning assumptions and current modes of operating) because they think it is interpersonally safe … to do so.”

“Blamism” — a blame-oriented management attitude — can have a corrosive effect on employees’ willingness to report incidents and accidents and share information and ideas with colleagues. Blamism, which may be perceived as victimization, undermines trust. As Andrew Weyman, Nick Pidgeon, Shelly Jeffcott and John Walls observe in their 2006 report Organisational Dynamics and Safety Culture in UK Train Operating Companies:3 “The attribution of blame and culpability is a dominant characteristic of the rail sector … . The strong focus on blame found within … rail sector businesses has the potential to reduce employee preparedness to report near-miss incidents, and to lead to a focus on immediate rather than underlying causes in incident investigations. This is likely to be to the detriment of corporate and sector-wide learning in risk management.”

In Just Culture: Balancing Safety and Accountability4 (ASW 10/12, p. 55), Sidney Dekker points out that employees’ trust may also be undermined by the positions taken by management on matters unrelated to safety, such as pay negotiations: “Trust that was lost in management because of their positions on industrial or social issues … can … spill over into safety issues. So even if management has not acted negatively in relation to an incident … its behaviour elsewhere (or perception thereof) can affect the trust that practitioners will have in management handling of safety matters.”

In Pre-Accident Investigations: An Introduction to Organizational Safety,5 Todd Conklin, a senior adviser at Los Alamos National Laboratory, New Mexico, U.S., says that where trust is deficient, both workers and managers withdraw. Energies that could be devoted to risk communication are spent instead on defensive strategies. Management becomes more prescriptive. Workers become more defensive. Information is guarded lest it be used against the originator. Working relationships ossify. Suspicion grows. Organizational risks multiply.

What is striking about these pilots’ responses to the three questions is their reluctance to confide in airline authority figures (e.g., rostering managers, fleet managers or chief pilots) and health professionals (concerning safety issues of stress and fatigue). Generally, pilots sought advice and support from partners, colleagues or friends. The aviation medical examiner (AME) was a less popular source of advice and support than partners, colleagues, friends and the family doctor. Pilots’ near-total shutting out of the personnel director is noteworthy, especially when one considers that one of the personnel director’s tasks is employee support.

Talking to the AME

It is reasonable to infer from these statements that some pilots have trust issues with airline authority figures. Pilots’ relationships with their AMEs were probed in a series of interviews. Comments included:

While such anecdotal comments do not prove that there is wide distrust among pilots toward independent medical and airline authority figures, the BALPA data suggest all is not well. A 2011 Populus survey of U.K. AMEs noted: “Most AMEs agreed that pilots had told them that they are reluctant to report fatigue within their company.”

Levels of interpersonal trust are influenced by several factors, including the tone and content of verbal and written transactions. Put simply, what we say, and how we say it, influence perceptions and emotional responses. These in turn influence willingness to contribute ideas and disclose safety-related personal information. The following case study suggests that managers sometimes fail to strike the right tone in communications with pilots (with possible impacts on perceptions and levels of trust):

A captain was waiting at a city center bus stop for her connection to the airport. She was in full uniform and carrying a case for a long trip. As she prepared to board the airport bus she heard a child screaming behind her. A man (presumably related to the child) had collapsed. The captain attended the man. His eyes were closing. Fearing he was passing away, the captain administered cardiopulmonary resuscitation (CPR) while talking to paramedics on a mobile telephone.

Subsequently the captain received the following written communication from her manager: “Please provide details of your absence last week. I understand that you were on your way to work when you had to administer CPR to somebody in distress. I was therefore very surprised to see that you had subsequently called in sick as I assume that you were fit to come to work. Additionally, your absence very neatly joins two periods of Off/Leave — always something that I find highly suspicious. Please explain and, if able, provide a doctor’s note and any information regarding your ‘good Samaritan’ episode.” The captain described these comments as “disgusting.”6

The airline business is highly competitive. With profits being squeezed by rising costs, managers are under pressure to get the maximum return from resources (aircraft and flight crew). Such pressures can skew managers’ perceptions and influence the tone of their verbal and written communications. As this case illustrates, a skeptical or accusatory communication can alienate employees. Having provided a full account in good faith, the captain was disappointed by her manager’s reaction. She left the airline. The 2012 Kenexa High Performance Institute report Trust Matters notes: “Those who distrust their leaders are about nine times more likely to seriously consider leaving their organization.”7

Writing for the United Kingdom’s Chartered Institute for Personnel Development, Veronica Hope-Hailey observes: “Trust is known to be a fundamental enabler of … workplace benefits. If trust levels are high, organisations experience more, and superior, problem solving and co-operation … and increased information sharing … . Fundamentally, research has shown that a sense of high trust between different levels creates a climate of well-being … with better job satisfaction and greater motivation as beneficial outcomes.”8 Company culture consultancy Meridian Group says, “High morale … is closely connected to trust … . The keys to safety are trusting, open relationships. In a safe work culture, people speak up openly about unsafe situations … .” Trust is an important but fragile commodity. Taking a long time to build, trust can be destroyed in an instant (as demonstrated by the case study, above).

In today’s organizations, inter-grade trust is in short supply. According to Kenexa: “In 2011 … 28 percent [of employees] actively distrusted their leaders and 24 percent were undecided.” The erosion of trust represents an organizational pathogen, says Kenexa: “Such significant levels of distrust demand attention by HR [human resources] professionals as they have clear implications for … organizational performance.” The consequences of an erosion of trust between pilots and managers are potentially a serious risk. There also is wide agreement that fluid risk communication improves safety performance.

Without comprehensive and timely feedback from the line, airline managers may find themselves working blind. Ill-informed decisions create latent errors that may, under certain hard-to-foresee conditions, generate active errors (leading perhaps to injury, death and damage to aircraft and company reputation).

High-reliability theory must be embellished to reflect the centrality of trust to safe operation. In his efforts to improve the safety of complex socio-technical systems, the Los Alamos National Laboratory’s Conklin called for a new open, respectful and trust-based relationship between managers and employees. If aviation is not to be left behind, the industry needs to recognize it has a problem with employee trust. Then it needs to do something about it.

Simon Bennett, director of the University of Leicester’s Civil Safety and Security Unit, has a doctorate in the sociology of scientific knowledge. He has been a consultant to the airline industry for more than a decade.