NTSB calls for better communications between flight and cabin crews during emergencies. 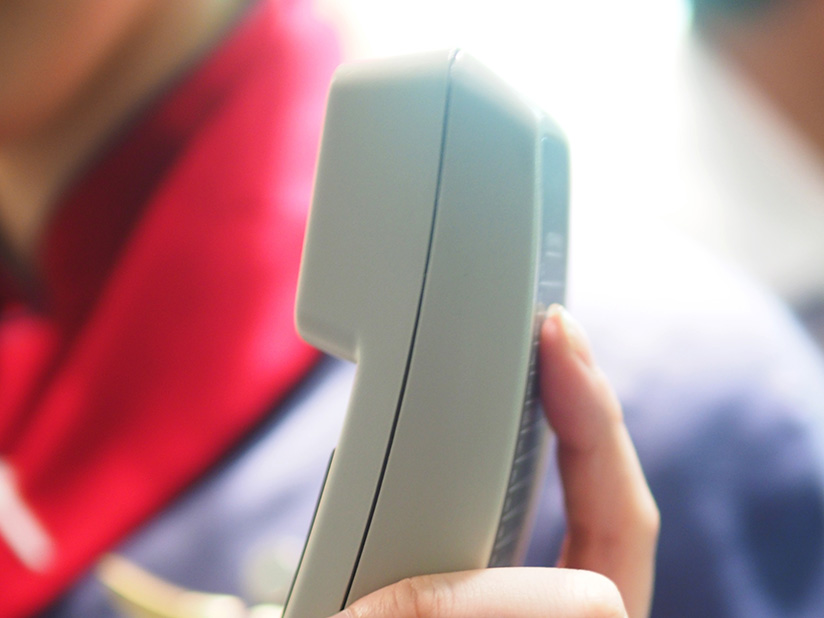 The U.S. National Transportation Safety Board (NTSB) is calling for improved communications between flight and cabin crews during emergency situations in the wake of an emergency evacuation in which a passenger was seriously injured after exiting the airplane via an overwing exit while the jet engine on that side was still operating.

In its final report on the Oct. 28, 2016, uncontained engine failure and fire involving American Airlines Flight 383, which was operated with a Boeing 767-300ER, NTSB also cited a need for improved flight attendant training regarding assessing exits for evacuations and using interphone systems during emergencies, as well as for research into the effects of passengers evacuating with carry-on baggage.

In addition, the agency was critical of the Federal Aviation Administration (FAA) for not yet acting on two previous safety recommendations regarding emergency communications. “It is time for the FAA to emphasize the importance of ensuring that flight and cabin crew communications can facilitate safe and effective decision making and action during emergency situations,” NTSB said in its Flight 383 final report.

Flight 383, a scheduled flight to Miami with a crew of nine and 161 passengers, was on its takeoff roll at Chicago O’Hare International Airport when the stage 2 high-press turbine disk ruptured in the GE CF6-80C2B6 engine on the right side of the aircraft.1 The flight crew rejected the takeoff and told air traffic control (ATC) they were stopping the airplane on the runway. ATC told the first officer that fire was visible “off the right wing,” and the flight crew began the engine fire checklist when the airplane stopped.

After completing the applicable items on the engine fire checklist, the captain called for the evacuation checklist. While the performing the checklist, the captain later said he could hear a commotion outside the cockpit door and realized the cabin crew had begun an evacuation. After completing the fourth item on the checklist — to shut down the left engine — he made an announcement to the cabin to evacuate and activated the emergency evacuation signal switch.

In the meantime, passengers in the cabin could see the fire and began moving from the right to the left side of the airplane while it was still moving down the runway. Once the 767 came to a stop, passengers began rushing toward the exits and were urging flight attendants to open them. The flight attendants said they tried to delay the evacuation because they had not received instructions from the flight crew to evacuate. “However, due to the severity of the fire and the passengers’ panic, the flight attendants initiated an evacuation in accordance with their authority to do so in a life-threatening situation that involved fire and smoke,” the NTSB report said.

The airplane came to a stop at 1432:10 local time. Data from the flight data recorder shows that the left overwing exit opened 10 seconds later, followed by the forward left (1L) and forward right (1R) cabin doors, 18 and 22 seconds later, respectively. Thirty-eight seconds after the airplane stopped, the aft left (4L) cabin door opened. The left engine was shut down 59 seconds after the airplane stopped.

Flight attendant 1, the lead flight attendant, who was assigned to door 1L, decided to initiate the evacuation because smoke had started to fill the cabin and passengers were rushing toward the front of the airplane to evacuate. The flight attendant picked up the interphone to notify the flight crew that he was initiating an evacuation, but did not remember later if he performed the step to call the pilots.

Flight attendant 5, posted at door 1R, then opened that door, but immediately blocked that exit because the engine fire was too close to the 1R door slide.

The flight attendant assigned to the left rear door (4L) initially blocked her assigned exit because she could hear the left engine running. She tried to contact the pilots with the interphone to report that the engine was running, but had difficulty using the interphone. She opened the door 38 seconds after the airplane stopped on the runway. The 4L door slide could not be immediately used after it was deployed because it had been blown aft before the engine was shut down, although the slide remained attached to the plane.

The flight attendant stationed at the right rear door (4R) blocked his exit because of fire and smoke outside the door. He tried to use the interphone to make a public address (PA) announcement to calm the passengers, but also had difficulty using the interphone,

During the evacuation, flight attendant 7 was responsible for elevating himself on a seat in the main cabin to provide flow control instructions to passengers, but instead he opened the left overwing exit 10 seconds after the airplane came to a stop and started evacuating passengers. Flight attendant 6 saw that flight attendant 7 had opened the exit, and she assumed his responsibility to direct passengers to usable exits. Video evidence showed that the left overwing exit slide was fully deployed 19 seconds after the airplane came to a stop and that the first occupant evacuated from that slide 12 seconds later, even though the engine did not fully spool down for another 38 seconds.

The passenger who was seriously injured had evacuated through a left overwing exit. Once on the ground, the passenger stood up to get away from the airplane but was knocked down by the jet blast from the left engine.

Two flight attendants reported passengers evacuating with baggage despite being told to leave their bags behind. In one case, a flight attendant tried to take a bag away from a passenger who did not follow the instruction to leave without baggage, but the flight attendant realized that the struggle over the bag was prolonging the evacuation and relented.

In its list of new safety recommendations resulting from the event, NTSB said FAA, when approving the operating procedures of a Federal Aviation Regulations Part 121 air carrier, should require operators to develop and/or revise emergency checklist procedures for an engine fire on the ground to expeditiously address the fire hazard without unnecessarily delaying an evacuation. NTSB made similar recommendations to both Boeing and American Airlines.

NTSB concluded that the flight attendants made the correct decision to begin the evacuation, given the fire on the right side of the airplane and the smoke in the cabin, but the left overwing exit should have been blocked while the left engine was still operating because of the increased risk to passengers who evacuated from that exit.

If the flight crew or flight attendants had communicated after the airplane came to a stop, the flight crew could have become aware of the severity of the fire on the right side of the airplane and the need to expeditiously shut down the engines, NTSB said. The board also said that American did not adequately train flight attendants qualified on the 767 to effectively use the different interphone system models installed on the airplane. American’s fleet of 767-300s has two different interphone models, depending on whether a specific airplane was manufactured before or after January 2003, NTSB said.

NTSB recommended to FAA that it develop and issue guidance to all Part 121 passenger carriers that discuss this accident during recurrent flight attendant training to emphasize the importance of effectively assessing door and overwing exits during an unusual or emergency situation; that guidance also should describe techniques for identifying conditions that would preclude opening an exit, including an operating engine. NTSB also recommended reviewing the training programs of all Part 121 operators and making changes as necessary to ensure that the programs provide flight attendants and pilots with training aids and hands-on emergency scenarios that account for the different interphone systems that carriers operate.

FAA also should conduct research to measure and evaluate the effects of carry-on baggage on passenger deplaning times and on safety during an emergency evacuation, and identify and implement effective countermeasures to reduce any determined risk. “Evidence of passengers retrieving carry-on baggage during this and other recent emergency evacuations demonstrates that previous Federal Aviation Administration actions to mitigate this potential safety hazard have not been effective,” NTSB said.

In its report, NTSB also reiterated two previously issued recommendations and reclassified the status of one of those issues. Safety Recommendation A-16-26 was issued in the wake of the March 5, 2015, runway excursion of Delta Air Lines Flight 1086, a Boeing MD-88, at New York’s LaGuardia Airport. In its final report on that accident, NTSB advocated for a multi-disciplinary approach to develop best practices related to evacuation communication, coordination and decision making during emergencies through the establishment of an industry working group and the issuance of guidance to Part 121 operators on improving flight and cabin crew performance during evacuations.

According to NTSB, FAA responded that it was considering whether to establish a working group comprised of government and industry subject matter experts to examine recurring evacuation-related issues and make recommendations. In March 2017, NTSB classified A-16-26 as “Open — Acceptable Response.”

In the American Flight 383 accident report, NTSB reclassified A-16-26 as “Open — Unacceptable Response,” and said FAA’s “inadequate actions to improve guidance and training on communication and coordination between flight and cabin crews during emergency situations, including evacuations, could lead to negative consequences for the traveling public if this safety issue continues to be unresolved.”

NTSB also reiterated Safety Recommendation A-09-27, which calls for revising Advisory Circular (AC) 120-48, Communication and Coordination Between Flight Crewmembers and Flight Attendants, to update guidance and training provided to flight and cabin crews regarding communications during emergency and unusual situations to reflect current industry knowledge based on research and lessons learned from relevant accidents and incidents over the last 20 years.

NTSB said it had reiterated A-09-27 in its report on the Delta Flight 1086 runway excursion and that the recommendation is currently classified as “Open–Unacceptable Response” because FAA has not revised AC 120-48, despite its correspondence that the revised AC was anticipated in 2013.