The largest single grant, of $1.3 million, is designated for Mississippi State University. 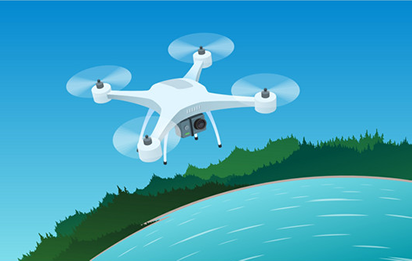 Six universities across the United States are slated to receive a total of $3.3 million in federal grants for research, education and training involving drones, Transportation Secretary Elaine Chao says.

In an announcement last Thursday, Chao said that the grants were designed to aid the development of “a greater array of innovative strategies to more effectively deploy drones during emergency response situations.”

The money is being awarded through the U.S. Federal Aviation Administration’s (FAA’s) Air Transportation Center of Excellence for Unmanned Aircraft Systems (UAS), as drones are sometimes called.

The program, also known as the Alliance for System Safety of UAS Through Research Excellence (ASSURE), is a cost-sharing partnership involving members of academia, government and industry. It allows the FAA to work with members of the center and others on research in airspace and airport planning and design, the environment and aviation safety.

The United States has 1.65 million drones in its active UAS fleet, and estimates are that the number will increase to as many as 2.31 million by 2024, the FAA said.

“Collaboration is hugely important as we work to safely integrate UAS into the aerospace system,” FAA administrator Steve Dickson said. “These important grants fund the research which allows us to learn and implement the safety measures associated with UAS operations in the airspace.”