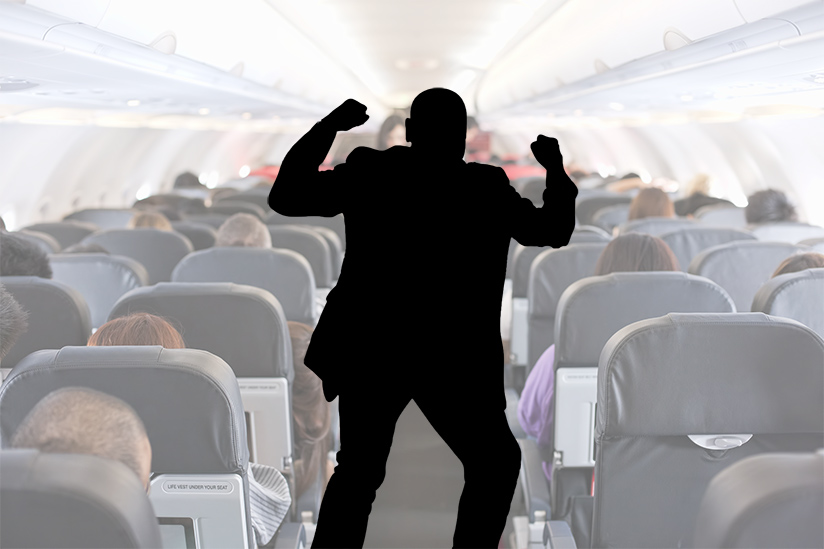 The U.S. Federal Aviation Administration (FAA) says it has proposed civil penalties against two airline passengers for allegedly assaulting flight attendants who had told them to wear face coverings to limit transmission of the virus that causes COVID-19.

The FAA said in a Dec. 18 statement that the passengers were cited in two separate incidents in August 2020.

In one incident, the FAA said, a passenger on an Allegiant Air flight to Mascoutah, Illinois, U.S., from Clearwater, Florida, “repeatedly screamed obscenities at and hit a flight attendant and grabbed the phone from the flight attendant while he was speaking with the captain about the passenger’s behavior over a face-covering dispute.” The captain diverted the flight, citing the behavior of the passenger, who faces a proposed $15,000 civil penalty.

In the other incident, the FAA proposed a $7,500 civil penalty against a passenger on a SkyWest Airlines flight to Chicago from Atlanta. The passenger “removed their face covering, continually bothered other passengers and, at one point, grabbed a flight attendant’s buttock as she walked by the passenger’s row of seats,” the FAA said.

Each passenger has 30 days to respond after receiving the FAA’s enforcement letter. The FAA did not identify either individual.

The agency noted that failing to wear a face covering is not a violation of federal law. However, the agency said, “federal law prohibits physically assaulting or threatening to physically assault aircraft crew or anyone else on an aircraft. Passengers are subject to civil penalties for such misconduct, which can threaten the safety of the flight by disrupting or distracting cabin crew from their safety duties. Additionally, federal law provides for criminal fines and imprisonment of passengers who interfere with the performance of a crewmembers duties by assaulting or intimidating that crewmember.”

The organizations said in a Dec. 12 statement that an increasing number of national governments are applying the same test standards and restrictions to both crewmembers and passengers. These measures including providing proof of a negative COVID-19 test before departure and, in some cases, providing a second negative test after arrival.

CART guidelines say that crewmembers should receive screening tests that are as “non-invasive as possible,” the two organizations said.

Applying stricter tests and restrictions to crewmembers “not only contravene[s] the recommended ICAO global guidance [but also fails] to take into account the fact that interactions with the local population are minimized,” said Gilberto Lopez Meyer, IATA senior vice president for safety and flight operations. For example, crew on layover are often restricted to the hotel. Such measures also ignore the fact that airlines already comply with the requirements of their home country health protection and monitoring programs to manage crew health, which typically includes measures to reduce the risk of infection.”

IFALPA President Capt. Jack Netskar added that the extra restrictions imposed by some countries “are putting undue stress and pressure on crews.”

New European guidelines, announced early in December, said that people traveling by air during the COVID-19 pandemic should not automatically be treated as high-risk spreaders of the virus.

The “Guidelines for COVID-19 Testing and Quarantine of Air Travellers,” which were published by the European Union Aviation Safety Agency (EASA) and the European Centre for Disease Prevention and Control, say that travelers should be treated “in the same way as members of the local population who have not had any direct contact to a person infected with COVID-19.”

The guidelines are an addendum to the “Aviation Health Safety Protocol,” which was published in May.

EASA and the ECDC said, in a joint statement, that the most recent scientific evidence indicates that the prevalence of the novel coronavirus is lower among airline travelers than in the general population and that precautions in effect for air travel minimize the risk of disease transmission during flight.

American Airlines and British Airways, both members of the oneworld airline alliance, say they are beginning optional preflight medical testing of passengers for COVID-19 on several flights from the United States to Britain.

The program is one of several recent moves by airlines to offer testing for passengers on specific flights.

The tests, which were offered free beginning Nov. 25, are intended to “scientifically demonstrate how COVID-19 testing can reopen international travel and remove the need for passengers to quarantine on arrival,” the airlines said.

“We believe that COVID-19 testing will play an important role in safely restarting international travel,” oneworld Chief Executive Rob Gurney said. “A comprehensive testing program will provide governments the confidence to reduce or waive quarantine requirements and safely reopen their economies to international visitors, while further assuring customers that their health and well-being are protected.”

The program tests each customer three times: 72 hours before the scheduled departure from the United States, upon arrival at Heathrow and three days after arrival. The first and third tests may be conducted at home; the second is administered by a medical professional.

Passengers with positive test results should cancel or reschedule their travels, the airlines said.