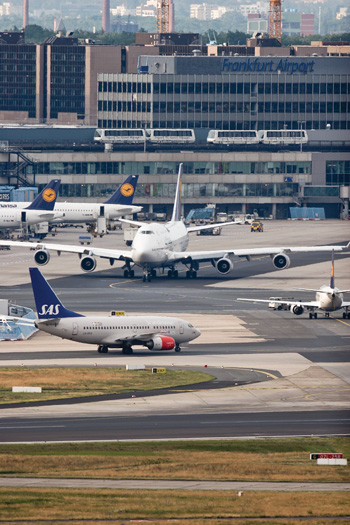 The Single European Sky (SES) project is “not delivering” on its promise of a seamless and efficient air traffic management system throughout Europe, Siim Kallas, European Commission (EC) vice president for transport, says.

To address shortcomings in creation of the single European airspace, Kallas plans to introduce a series of legislative proposals early in 2013 to speed implementation of the program and strengthen its legal framework.

“The Single European Sky is … too important to be allowed to fail,” Kallas told an October 2012 meeting of top European aviation officials. “We have fallen seriously behind in our original ambitions. After more than 10 years, the core problems remain the same: too little capacity generating the potential for a negative impact on safety at too high a price. There are some signs of change, but overall, progress is too slow and too limited. We need to think of other solutions and apply them quickly. There is too much national fragmentation. Promised improvements have not materialized.”

The impetus for SES, according to an EC timeline, came with the liberalization of the European Union’s aviation market in the 1990s and the resulting expansion of air services. Between 1993 and 2012, air traffic in Europe increased 54 percent, the
EC said.

The increase in air traffic and the accompanying constraints on airspace capacity caused flight delays, attributable in large part to what the EC called “fragmented and inefficient” air traffic control in Europe (see “European Airspace”).

Airspace is structured around national boundaries, making direct routes from one country to another often impossible. The European Commission says that the fragmented airspace adds an average of 42 km (26 nm) to every flight. Extra costs associated with the resulting inefficiencies total about 5 billion euros annually.

European Union data show that about 1.4 billion passengers fly from Europe’s 440 airports every year and that 27,000 controlled flights occur every day — about 10 million flights a year.

Air traffic is expected to increase about 5 percent every year, with about 17 million flights by 2030.

By comparison, the EC says that U.S. air traffic management is twice as efficient as the EU’s, with twice the number of flights “for a similar cost, from a third as many control centers.”

“Airspace is currently structured around national boundaries, and so flights are often unable to take direct routes,” the EC added. “To make a comparison, in an airspace which is roughly the same size, Europe has more than 30 en route air navigation service providers, and the USA has just one. The USA serves twice as many flights as Europe with the same costs.”

SES is based on two legislative packages. The first, begun in 2004, is SES-I, which separates regulatory authority from service through the creation of national supervisory authorities and air navigation service providers.

The second, begun in 2009, is the five-part SES-II, which deals not only with regulating performance, providing technological solutions through the SES Air Traffic Management Joint Undertaking (SESAR JU), maximizing airport capacity and incorporating human factors concerns, but also with uniformly addressing safety concerns, in part through the European Aviation Safety Agency.

After SES is fully implemented, Kallas said, safety will improve “by a factor of 10,” airspace capacity will triple and costs will be halved.

Without SES, “chaos will reign,” he added.

The EC sees progress in implementing some elements of SES, especially in the separation of service providers and the bodies that regulate them, the creation of national supervisory authorities and the harmonization of some technical systems. Service providers have achieved prescribed standards in their safety management systems, and some airspace classifications have been harmonized, the EC says. In addition, airspace use has become more flexible and is operated as “a single continuum … to satisfy the needs of all users at the time they need it,” the EC says.

The EC considered 2012 a key year for implementation of SES, with one element of the program calling for the establishment by Dec. 4, 2012, of nine Functional Airspace Blocks (FABs) — designed not according to national boundaries but instead according to traffic flow patterns — as an intermediate step toward SES. However, only two FABs are in place — one for the airspace over Scandinavia and a second for airspace over Ireland and the United Kingdom.

The EC said that, “to ensure the necessary progress,” it would use its existing enforcement authority against countries that fail to take the steps required to implement SES, including the steps needed to establish FABs. In early 2013, it will seek additional enforcement powers.

Other proposals will be aimed at strengthening the SES legal framework in general and in several specific areas, including performance targets for increased airspace capacity and lower costs. In addition, proposals will address EC authority to require member nations and the FABs to “deliver the agreed targets,” to reinforce powers assigned to the network manager for Europe for more centralized route planning and to strengthen the separation of service providers from national regulators.

The European Parliament passed a resolution in October calling for the merger of national air traffic control airspace across Europe to enhance safety and reduce air traffic congestion, flight times and flight delays.

Jacqueline Foster, a member of the European Parliament from the United Kingdom and sponsor of the resolution, said SES is needed if Europe is to have “proper, efficient use of airspace and 21st century technology for traffic management.”

She added, “Airspace across much of the EU is so congested that it faces the prospect of massive gridlock in a matter of years. We need more efficient and integrated handling of air traffic, which would be delivered by the Single European Sky.”1

Tony Tyler, CEO and director general of the International Air Transport Association, said his organization fully supports Kallas in his efforts to “put the long-delayed SES project back on track.”

Citing delays in the establishment of FABs, Tyler said that the airspace blocks are crucial steppingstones to “a fully functional SES.”

He added, “If states are not delivering, then top-down action from the Commission is critical, and we would fully support infringement [enforcement] procedures by the Commission to force states to comply with their obligations.”

The European Business Aviation Association (EBAA) also praised Kallas and his supporters for “having voiced so forcefully their frustration over the lack of decisive action taken by member states and for having unequivocally condemned them for failing to make the changes needed to deliver the benefits of the Single European Sky initiative.”

EBAA CEO Fabio Gamba said his organization “firmly stands behind the commission to do whatever is necessary, including enforcing infringement procedures, to put this crucial programme back on track as soon as possible.”

The Civil Air Navigation Services Organisation (CANSO) said that its members “fully acknowledge that air navigation service provision needs to change and urge the Commission to take full account of the need for [providers] to make investments to realise both the infrastructure and the social aspects of this transformation.”

Maurice Georges, chairman of the CANSO European CEO Committee, added, “The complexity of realising the SES, together with a more business-­oriented approach to European air traffic management, should not be underestimated. Any transition, and specifically one such as the SES, needs full common understanding of the issues and close cooperation of all involved partners.”