An A330 crew underestimated the fire hazard associated with a fuel leak and continued flying after detecting the problem, the BEA says. 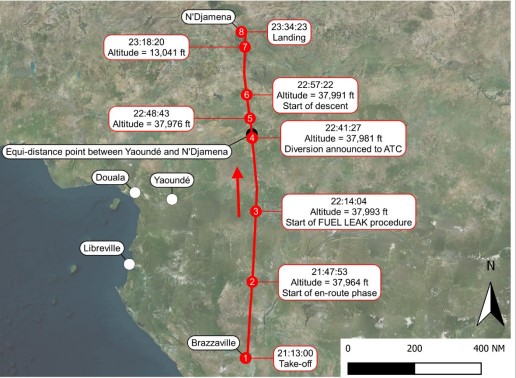 The crew of an Air France Airbus A330 detected a fuel leak about an hour after departure from Brazzaville, Republic of the Congo, and, despite company procedures that called for shutting down the engine and landing as soon as possible, they continued operating on both engines for about 1 ½ hours— in the air and later, on a taxiway, the French Bureau d’Enquêtes et d’Analyses (BEA) says.