Flash in the Sky

Physicians attribute an injury to an airline pilot’s retina to an in-flight laser strike. 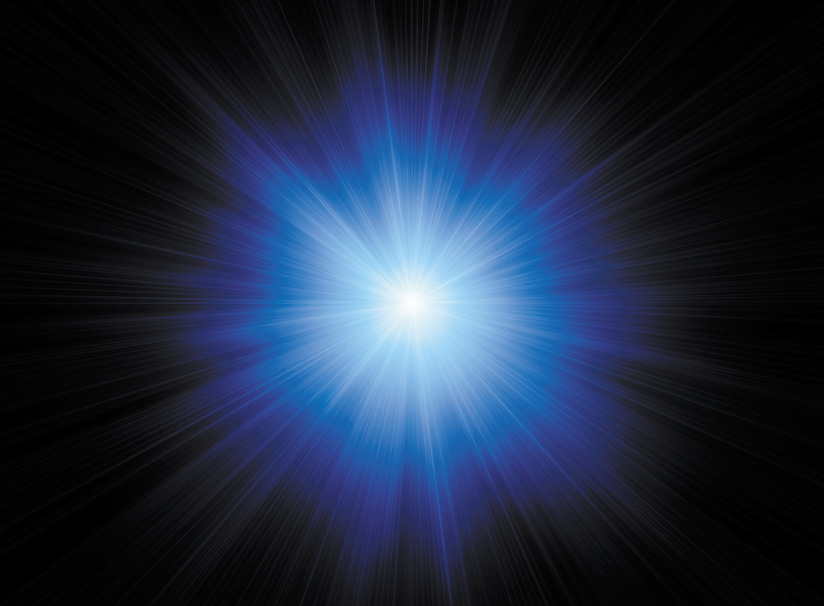 British physicians have described what they say may be “the first evidence-based report” of a commercial airline pilot experiencing a medically documented retinal injury caused by a laser strike to an aircraft.1

Publication of their report in the January 2016 issue of Aerospace Medicine and Human Performance came as officials in several countries voiced fears that the number of laser strikes on aircraft is increasing, even as efforts have intensified to prevent strikes by publicizing the dangers that they present for pilots.

The physicians’ report said that the airline pilot was seen at the Department of Ophthalmology at Royal Hallamshire Hospital in Sheffield, England, “complaining of a blind spot in the upper left area of his visual field in the right eye,” one day after his airplane was struck by a laser beam during approach to landing at “a busy international airport within the United Kingdom.”

“At around 1,300 ft (396 m), a blue laser beam from the ground directly entered his right eye, with immediate flash blindness and pain,” the report said.

As recommended in guidelines for pilots (see “Advice for Pilots”), the report added, “Aircraft controls were directly passed to his copilot for safe landing of the plane, with the pilot’s vision recovering 45 [minutes] after exposure.”

Pilots’ organizations and aviation regulatory authorities have recommended actions for pilots to take to limit the harmful effects of laser strikes, including the following recommendations by the U.S. Federal Aviation Administration (FAA):

The report did not include additional details of the event, such as when and where it occurred or the type of aircraft involved. The British Air Line Pilots Association (BALPA), however, said the event was associated with a “military-strength” laser during approach to Heathrow Airport in London.2

During his examination, the pilot’s unaided visual acuity was better than normal, measuring at 6/4 in both eyes. This meant that, at a distance of 6 m (20 ft), he could see what someone with normal visual acuity could see from 4 m (13 ft). Normal vision is considered to be 6/6 (also referred to as 20/20).

However, tests of his right eye showed “a localized area of photoreceptor disruption” — a blind spot — large enough to lead the physicians to suspect that the laser had “a radiant power of several watts, known to be injurious to the human retina,” the report said.

Within two weeks of the laser strike, the pilot’s symptoms had disappeared, although doctors identified a lesion on his retina as being “commensurate with a retinal laser burn,” the report said. Tests found no problems with his visual function and no other anomalies.

The physicians wrote that this was “to the best of our knowledge … the first documented case report of a likely retinal laser injury to a pilot during flight from a laser on the ground. … We suspect this blue laser … potentially could have led to permanent loss of central vision in the pilot’s right eye had the fovea, the area of retina responsible for high acuity vision, been involved.”

The physicians noted that retinal injuries inflicted by hand-held laser devices are being reported in growing numbers, and that data show an increasing number of laser strike events involving aircraft. They added that the case they described “highlights the growing threat to the ocular health of airline crew and, potentially, passenger safety.”

The event described in the physicians’ report was one of 882 laser events reported to the U.K. Civil Aviation Authority (CAA) in the first nine months of 2015. In 2014, the last year for which complete data were available, laser events in the U.K. totaled 1,440 — about 3 percent more than the previous year but about 25 percent fewer than were recorded in 2011, which had the highest annual total reported from 2009 through 2014.3

The CAA has not released data for 2016, but BALPA cited a February laser strike on Virgin Atlantic Flight VS25 after takeoff from Heathrow Airport — and the flight crew’s subsequent decision to return to Heathrow because one of the pilots was having problems with his vision — in asking for a crackdown on the abuse of high-powered laser pointers.4,5

“Aircraft are attacked with lasers at an alarming rate and with lasers with ever-increasing strength,” BALPA General Secretary Jim McAuslan said, adding that the British government should “classify lasers as offensive weapons, which would give the police more power to arrest people for possessing them if they had no good reason to have them.”

In Canada, authorities have stepped up efforts to prevent laser strikes with their Not a Bright Idea campaign, launched in mid-2015 to “help Canadians better understand why pointing a laser at aircraft is not a bright idea.”

Campaign information adds that a laser pointed at an aircraft “could cause a major accident. It could also distract the pilot, create glare [or] cause temporary blindness.”

“The greatest danger may be that the general public is simply unaware of the power and potential impact of lasers,” TC said. “While many people treat lasers like toys, it’s important to remember they can be dangerous.”

The Air Line Pilots Association, International (ALPA), which represents pilots in Canada and the United States, says the sight of “a green light slicing across the cockpit” is increasingly common in both countries.7

In the United States, the number of laser strikes reported to the Federal Aviation Administration nearly doubled in 2015, when 7,703 strikes were recorded, compared with 3,894 in 2014.8

The agency has been working since 2014 with ALPA and the U.S. Federal Bureau of Investigation on a safety campaign aimed at ensuring that the general public is aware of the dangers of pointing a laser at an aircraft. Under a 2012 law, knowingly pointing a laser beam at an aircraft is a federal crime, punishable by up to five years in prison and a $250,000 fine.

“As hard as it is to believe, some individuals make a deliberate choice to repeatedly endanger the lives of air travelers as well as people on the ground by aiming lasers at aircraft,” said Joe DePete, ALPA first vice president and national safety coordinator. “We owe it to the public safety to fully enforce the law and apply the prison time and fines that come with violating it.”9