The NTSB says a first officer’s concealment of training problems contributed to the fatal crash of a Boeing 767. 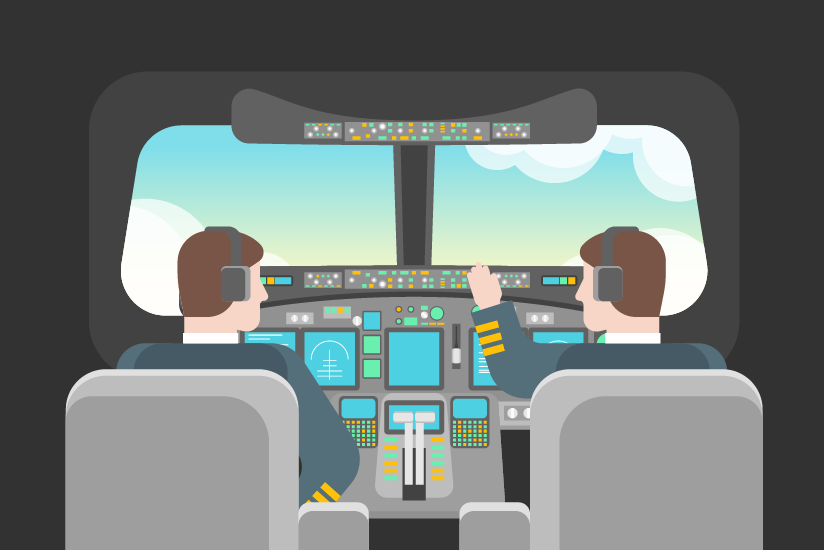 The first officer’s “inappropriate response” to the inadvertent activation of the Boeing 767’s go-around mode triggered a chain of events that resulted in the Feb. 23, 2019, crash of Atlas Air Flight 3591 in Trinity Bay, Texas, U.S., the U.S. National Transportation Safety Board (NTSB) says.

The captain, the first officer (FO) and a non-revenue pilot in the jump seat, were killed in the crash, which destroyed the airplane.

The NTSB cited the FO’s response as the probable cause of the accident; that response led to his spatial disorientation and nose-down control inputs “that placed the airplane in a steep descent from which the crew did not recover.”

Among the factors contributing to the accident, the NTSB said, were systemic deficiencies in the aviation industry’s pilot selection and performance measurement processes, which failed to address the first officer’s “aptitude-related deficiencies and maladaptive stress response,” and the U.S. Federal Aviation Administration’s (FAA’s) failure to establish, “in a sufficiently robust and timely manner,” a pilot records database.

The first officer “deliberately concealed” from Atlas Air his history of failed check rides and performance problems, NTSB members said during a July 14 public hearing on the crash.

His concealment “limited Atlas Air’s ability to fully evaluate his aptitude and competency as a pilot,” NTSB Chairman Robert Sumwalt said, adding that the board’s investigation of the accident prompted it to recommend that the FAA develop a pilot records database that includes “all background information necessary for a complete evaluation of a pilot’s competency and proficiency.”

Another contributing factor was the failure of the 11,172-hour captain to “adequately monitor the airplane’s flightpath and assume positive control of the airplane to effectively intervene.”

The accident flight began with departure of the cargo flight from Miami International Airport around 1033 local time. The destination was George Bush Intercontinental/Houston (Texas) Airport.

Around 1238, the 767, with the FO as the pilot flying, encountered the leading edge of a cold front. Data from the airplane’s flight data recorder indicated that the airplane experienced light turbulence when it was about 40 mi (64 km) from Houston, descending through 6,300 ft toward a target altitude of 3,000 ft above mean sea level, and that its go-around mode was activated.

“This location and phase of flight were inconsistent with any scenario in which a pilot would intentionally select go-around mode, and neither pilot made a go-around callout to indicate intentional activation,” the NTSB’s final report abstract said.

The most likely possibility for the activation, the NTSB said, was an “unintended contact between the FO’s left wrist or watch and the left go-around switch due to turbulence-induced loads that moved his arm.”

The 767 would have accelerated as a result of activation of the go-around mode, and the NTSB said it was likely that, in response, the FO “experienced a pitch-up somatogravic illusion” ─ a form of spatial disorientation in which the acceleration results in the false sensation of an overly high angle-of-attack and often in a belief that the airplane is about to stall. In response, the FO pushed forward on the elevator control column, causing the 767’s dive to the ground, the NTSB said.

The report acknowledged that although any pilot can experience sensory illusions, stress or a startle response that can affect performance, the FO had “fundamental weaknesses in his flying aptitude and stress response that further degraded his ability to accurately assess the airplane’s state and respond with appropriate procedures.”

The report added that the FO’s “long history of training performance difficulties and his tendency to respond impulsively and inappropriately when faced with an unexpected event during training scenarios at multiple employers suggest an inability to remain calm during stressful situations.”

Among those training difficulties, the NTSB said, were two unsatisfactory simulator sessions with his previous employer that ended his attempt to upgrade to captain. Earlier in his career, the FO had submitted a resignation letter after less than two months with another carrier, citing “lack of progress in training,” and he resigned “for personal reasons” after four months with a third employer. He was hired by Atlas Air in July 2017 and, at the time of the crash, had accumulated 5,073 flight hours.

Atlas Air used designated agents in its hiring process to review pilot records and identify items of concern. The NTSB said reliance on these agents was inappropriate, noting that it led to the company’s failure to evaluate an unsuccessful attempt by the FO to upgrade to captain.

The FO’s weaknesses might have been discovered if the FAA had complied with provisions of a 2010 law calling for creation of a pilot records database that would have given potential employers information about a pilot’s employment history and past training performance, the report said.

The NTSB’s safety recommendations emphasized a need for changes in the pilot hiring process, calling on the FAA to direct operators to involve flight operations subject matter experts “early in the records review process and ensure that significant training issues are identified and fully evaluated.”

Another recommendation said the FAA should implement the pilot records database “and ensure that it includes all industry records for all training” begun as part of the employment process for air carriers and other commercial operators. Those records should be in a database that can be searched by using a pilot’s certificate number to ensure that a potential employer obtains all background records, the NTSB said.

The NTSB report said that, in addition, the FAA should “establish a confidential voluntary data clearinghouse of deidentified pilot selection data that can be used to conduct studies useful for identifying effective, scientifically based pilot selection strategies.” The recommendation said the clearinghouse should be modeled on similar confidential reporting programs such as flight operational quality assurance and the Aviation Safety Information and Analysis Sharing (ASIAS) programs.

The NTSB also recommended that the FAA issue a safety alert for operators to ensure that operators and pilots of 767s and 757s are aware of details of the Trinity Bay accident and aware that, because of the positions of the speed brake lever and the left go-around mode switch, inadvertent activation of the go-around mode is possible when holding the speed brake lever “as a result of unintended contact between the hand or wrist and the go-around switch.”

Indonesian accident investigators say a recurring autothrottle problem and the pilots’ inadequate UPRT contributed to the fatal crash of a Boeing 737.

Insight: Expanding the Focus on ‘Pre-Accidents’

A safety department’s examination of everyday concerns can detect drift toward a dangerous operational state.

The NTSB says the airplane’s horizontal stabilizer actuator had separated.