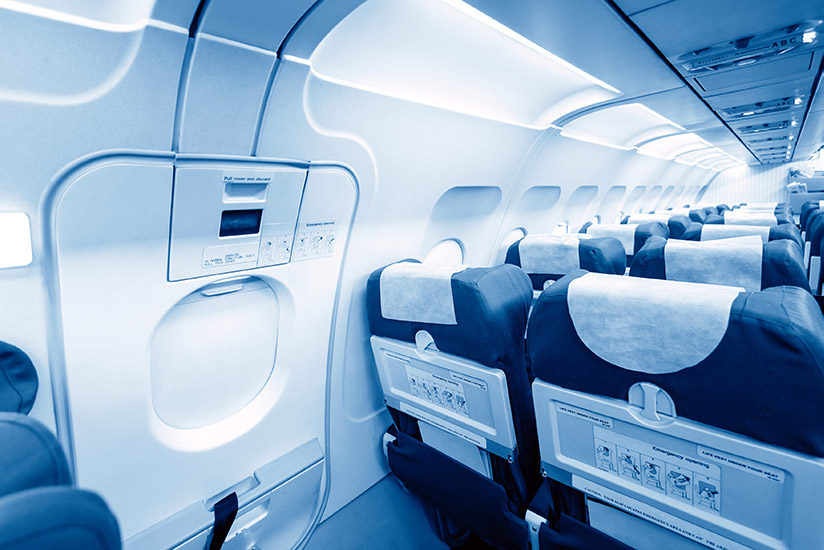 The U.S. Federal Aviation Administration (FAA), which says smaller passenger seats and larger passengers pose no problems in emergency airplane evacuations, has been directed under a new law to review evacuation certification standards for airliners, including “relevant changes to passenger demographics.”

The provision, included in legislation passed by Congress and signed into law by President Trump in October to reauthorize the FAA for five years, calls for the FAA administrator to review relevant data and consult with members of the aviation community — the U.S. National Transportation Safety Board (NTSB), transport-category aircraft manufacturers and operators, and groups representing passengers and crewmembers, among others — and report his conclusions to Congress by October 2019.1

The legislation said that the report should include recommendations, “if any, including recommendations for revisions to the assumptions and methods used for assessing evacuation certification of transport-category aircraft.”

Although some, like Sen. Bill Nelson of Florida, the ranking Democrat on the Senate Committee on Commerce, Science and Transportation, cheered that the legislation contained “a lot to like, especially if you’re fed up with shrinking airline seats,” others were not convinced that the FAA administrator’s review of the issue would ultimately reverse the shrinking of airplane seat sizes.

The new law specifically requires the FAA administrator to review the matter and file a report with Congress but does not mandate any further action.

U.S. Federal Aviation Regulations require manufacturers of airplanes with more than 44 passenger seats to prove that they can be safely evacuated within 90 seconds, even if half of the exits are blocked and unusable. A full-scale evacuation drill is not required if simulations and modeling can prove that evacuation requirements, including the 90-second time limit, can be met. Critics note that — despite changes in aircraft cabins, including less legroom, smaller seats and larger passengers — the emergency evacuation standards have not changed substantially for years.

One thing that has changed, in addition to the dimensions of seats and passengers, is the increasing presence of larger carry-on bags — and the accompanying likelihood that some passengers will try to haul those bags with them down evacuation slides. The NTSB said that, although it has “not identified any accident evacuations in which delays related to carry-on baggage caused injuries, passengers evacuating airplanes with carry-on baggage has been a recurring safety concern.” The remark was included in the NTSB’s final report on an accident involving the Oct. 28, 2016, uncontained engine failure and fire in a 767 at Chicago O’Hare International Airport, and the subsequent emergency evacuation of the airplane, which resulted in one serious injury and 20 minor injuries.5 The NTSB report also noted that the evacuation took about two minutes and 21 seconds — significantly longer than the FAA’s 90-second requirement.

In addition, two members of the U.S. House of Representatives Committee on Transportation and Infrastructure — Democrats Peter DeFazio of Oregon and Rick Larsen of Washington —in asking the Department of Transportation’s (DOT’s) inspector general to examine FAA commercial airplane evacuation standards, said that they are concerned about other “behavioral shifts” displayed by passengers, including “their propensity to film evacuations on smartphones rather than focusing on actually evacuating.”

Shrinking seat sizes and expanding passenger girth have both figured in the lengthy campaign by FlyersRights.org, a U.S.-based passenger rights group, for minimum seat size standards. The organization petitioned the FAA in 2015 for minimum seat standards that would accommodate 90 percent of passengers. After the FAA denied the request, FlyersRights took the fight to the U.S. Court of Appeals for the District of Columbia, which has the authority to review decisions made by federal agencies.

FlyersRights President Paul Hudson said, at the time of the appeal in April 2016, that “the incredible shrinking airline seat” had long been one of the most frequent complaints of airline passengers.6

“Airlines have aggressively shrunk seat size and passenger legroom to the point that the average man’s shoulders are wider than an economy seat,” Hudson said. “These overcrowded conditions have become intolerable. They are not only torturously uncomfortable but pose health and safety risks, including life-threatening blood clots, impeding emergency evacuation and sparking passenger discord.”

FlyersRights says that the smaller seats and reduced leg room have never been “realistically tested to determine if they meet the FAA’s longstanding emergency evacuation rule.”

Although the Appeals Court dismissed FlyersRights’ concerns about health and passenger discord, the court agreed that a review of the effects of seat dimensions on emergency evacuations would be worthwhile and noted that, although the FAA cited studies and demonstration tests to support its position, those studies did not specifically address seat dimensions or spacing.

“As a matter of basic physics,” the court said in its ruling, “at some point, seat and passenger dimensions would become so squeezed as to impede the ability of passengers to extricate themselves from their seats and get over to an aisle. The question is not whether seat dimensions matter, but when.”

The court noted that the most recent evacuation studies were conducted when seat dimensions were larger and concluded that the FAA should develop a “properly reasoned disposition of the [FlyersRights] safety concerns about the adverse impact of decreased seat dimensions and increased passenger size on aircraft emergency egress.” The court rejected other aspects of the FlyersRights argument, including that cramped seating leads to muscle soreness and stiffness — which the court characterized as “non–life-threatening discomforts.” 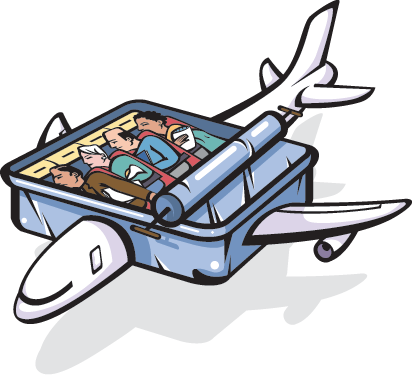 In the FAA’s July 2018 response, Dorenda Baker, executive director of the FAA Aircraft Certification Service, said that the agency’s review of the FlyersRights complaint concluded that it “does not merit rulemaking at this time,” primarily because the FAA had no evidence that seat dimensions presented an immediate safety issue. None of FlyersRights’ arguments showed that existing seat dimensions “hamper the speed of passenger evacuation or that increasing passenger size creates an evacuation issue,” Baker said.7

“The reason that seat width and pitch, even in combination with increasing passenger size, do not hamper the speed of an evacuation is the timeline and sequence of the evacuation,” she said. “The time it takes passengers to get out of their seats, even if those seats are relatively narrow and close together, is less than the time it takes for the emergency exits to begin functioning and for the line that begins forming in the aisle to clear. This is demonstrated during evacuation tests.”

Baker disputed the contention that evacuation tests have not been conducted based on a seat pitch of 28 in. Such tests have been conducted, she said, adding that the tests — as well as actual accidents and incidents — have yielded no indication that passenger behavior is affected by the spacing.

She added that the FAA does not expect seat pitch to be decreased significantly from its current levels, and especially not below 27 in (69 cm), largely because of existing technology and regulations, which have led to seat bottoms that measure about 18 in (46 cm), front to back, and a minimum of nine in (23 cm) from the front of the seat cushion on one seat to the nearest point on the back of the seat in front of it.

The FAA has found no indication that “a typical passenger, even a larger one, will take more than a couple of seconds to get out of his or her seat,” Baker concluded. “The FAA has no evidence that your concerns raise an immediate safety issue. Nothing presented in your petition demonstrates that decreases in seat pitch and increases in passenger girth create an immediate safety issue with regard to passenger evacuation that necessitates rulemaking.”

Hudson said that FlyersRights would appeal the FAA’s decision, adding, “Unless FAA [Acting] Administrator Dan Elwell and DOT [Department of Transportation] Secretary Elaine Chao come to their senses, recognizing what everyone who flies knows — that seats are too small, leg room too cramped and getting worse — we will pursue our court appeal.”

On another front, the DOT Office of Inspector General said in June that, as requested by DeFazio and Larsen, it was beginning an audit of the FAA’s oversight of aircraft evacuation testing procedures.

The overriding question presented by the two lawmakers was, “Can airliners so full of passengers safely be evacuated in an emergency?”

If the audit is not completed promptly, Hudson said, FlyersRights will ask congressional oversight committees to investigate the emergency evacuation testing programs used by the FAA and aircraft manufacturers. He added that in the past, the FAA and the manufacturers have refused to make public the relevant testing information, either to the court or to FlyersRights, on the grounds that the information includes proprietary trade secrets.

Hudson said that outside experts, whistleblowers and flight attendants have characterized the tests as unrealistic and said that they may have been conducted fraudulently.