General aviation operators should look to the airlines for proven accident-prevention strategies. 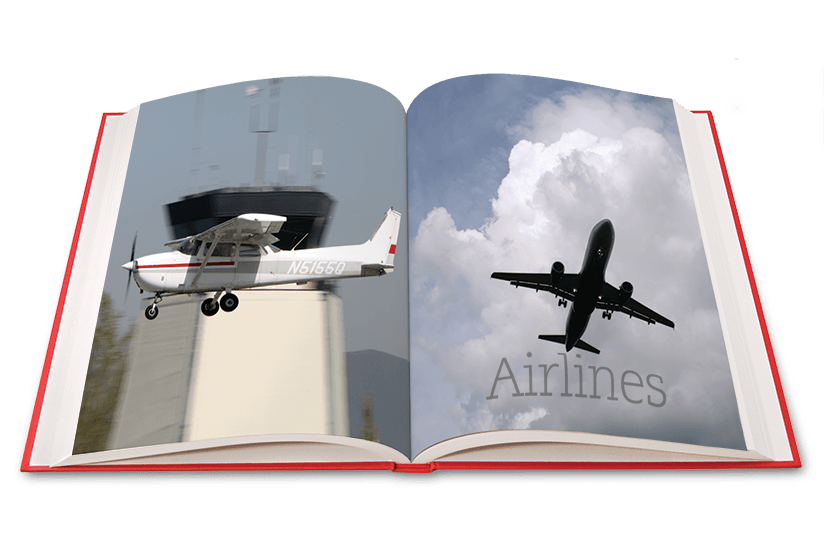 In 2011, the U.S. National Transportation Safety Board (NTSB) placed the safety of the country’s entire general aviation (GA) sector on its Most Wanted List of Transportation Safety Improvements — and has kept some form of the issue on the list ever since. The NTSB’s actions were triggered by concern about the average of nearly 1,500 GA accidents per year that kill more than 400 pilots and passengers.

The NTSB, which noted that most of these were “repeat accidents” — more precisely, accidents attributed to the same causes that have been assigned to many previous accidents and that occur under similar circumstances — issued 10 safety alerts in 2013, and several more in 2014, that specifically address GA fixed-wing and rotorcraft safety issues.1

The U.S. Federal Aviation Administration (FAA) also is concerned about the disproportionate number of accidents in this sector — 92 percent of all fatal accidents in 2011 were GA accidents, with the majority attributed to pilot error.2 Besides setting a goal of reducing the GA accident rate by 10 percent by 2018, the FAA is working with a variety of stakeholders to change the airman certification standards. The industry-led Aviation Rulemaking Advisory Committee and the Airman Testing Standards and Training Working Group are working with the FAA so that both practical (flight) and knowledge (written) tests will specifically evaluate pilot candidates on their strategies for managing risk.3

With minor variations, the definition of GA in most non-U.S. jurisdictions aligns closely with the one used in the United States: all aviation except military and scheduled commercial passenger/cargo airline flights. Accounting for more than 90 percent of the U.S. civil aircraft fleet, GA primarily involves a significant variety of fixed-wing and rotary-wing aircraft and flight operations, including personal flights in piston-powered single-engine airplanes, on-demand charter flights in piston- or turbine-powered airplanes and corporate travel in medium or heavy twin-engine jets (see “GA Facts”).

Table 1 shows the contrast in accident records for GA versus U.S. Federal Aviation Regulations (FARs) Part 121 scheduled air carrier aircraft in the United States from 2010 through 2012. GA accident rates have remained relatively unchanged for more than a decade — the accident and fatal accident rates averaged 6.77 and 1.28 per 100,000 flight hours, respectively, for the 10 years from 2000 through 2009.4

The GA record is much the same in other countries. Australia reports that private/business operations recorded 15 fatal accidents resulting in 22 fatalities in 2012 — the highest number of fatal accidents in any year in the last 10 years.5 In Canada, there were 242 aircraft accidents in 2013; only nine involved scheduled airline operations.6

An FAA Fact Sheet lists the five leading causes of fatal U.S. GA accidents between 2001 and 2011:7

Although scheduled airlines face some of these same challenges — LOC-I and CFIT are the two leading causes of fatal accidents for both — the number of GA accidents points to a need to address the issues separately. There also are threats that are unique to either GA or to commercial jets. For example, GA operations are more prone to low-altitude and fuel-related threats, while commercial jet aircraft are more likely to be involved in runway excursions.8

Because LOC-I is the most common type of fatal GA accident, NTSB Safety Alert (SA) 019, Prevent Aerodynamic Stalls at Low Altitude, addresses a major cause of LOC-I accidents. According to the safety alert, pilots involved in these accidents typically have failed to avoid the conditions leading to an aerodynamic stall, to recognize the symptoms of an approaching stall and to use proper stall-recovery procedures.

The safety alert also reveals that these types of accidents arise from a variety of circumstances that tend to repeat themselves in GA flight operations — becoming distracted while maneuvering in the airport traffic pattern, fixating on ground objects and coping with emergencies.

Another safety alert, Reduced Visual References Require Vigilance, NTSB SA-020, underscores that threat, which has contributed to fatal accidents in airlines and the military and is particularly problematic among GA flights, many of which are conducted under visual flight rules (VFR). Outside visual references (e.g., horizon, terrain) needed to safely fly under VFR are diminished when visibility is near or below visual meteorological conditions and during dark-night conditions (overcast and/or moonless nights).

The NTSB says that accidents involving reduced visual references generally result from the same causes as GA’s two biggest killers — LOC-I and CFIT. SA-020 highlights the typical scenarios: VFR pilots fly into instrument meteorological conditions (IMC) and either collide with nearby terrain or lose control of their aircraft due to spatial disorientation; instrument-rated pilots experience spatial disorientation while flying in IMC; and pilots lose control of their aircraft as a result of spatial disorientation or are involved in a CFIT accident as a result of a visual illusion while attempting to rely on inadequate outside visual references during dark-night conditions.

SCF-PP is the third most common type of fatal GA accident. The GA sector relies heavily on the use of single-engine piston-powered airplanes, which account for more than 80 percent of the U.S. GA fleet.9 These airplanes generally are certificated to less stringent standards than large turbine-powered passenger-carrying transport aircraft. The fastest-growing segment of the GA fleet — experimental-amateur built (E-AB) aircraft (often called “home-builts”) — is responsible for a disproportionate share of accidents (4 percent of flight hours, 21 percent of fatal accidents), in part because “most E-ABs are simple aircraft that may incorporate previously untested systems and modified airframes and instruments,” the U.S. Government Accountability Office (GAO) said in a 2012 report.10

NTSB SA-021, “Is Your Aircraft Talking to You? Listen!” says that the circumstances involved in fatal accidents involving system or component failures are “remarkably similar to those of previous accidents” and that “pilots are not taking advantage of the lessons learned from such tragedies that could help them avoid making the same mistakes.”11 Too often, pilots attempt a flight even though they are aware that something is not quite right mechanically with their aircraft.

Because errors committed by maintenance personnel contribute to many of the aircraft system and/or component failures identified in accident investigations, and because the improper actions of pilots sometimes exacerbate these failures and contribute to LOC-I due to aerodynamic stalls and to LOC-I and CFIT during flight with reduced visual references, the NTSB’s fourth and fifth safety alerts exhort mechanics (Mechanics: Manage Risks to Ensure Safety, SA-022) and pilots (Pilots: Manage Risks to Ensure Safety, SA-023) to practice risk-management strategies while fixing or flying aircraft.

For GA pilots, the NTSB suggests a variety of risk-management strategies to counter the human factors that can contribute to these types of accidents. Most of these strategies involve aspects of pilot performance. For example, the NTSB says pilots should:

Because scheduled commercial air carriers boast the lowest aircraft accident rates, carrying millions of passengers safely to their destinations each year, the GA sector should consider emulating some of what they do to improve the GA safety record. It is true the airlines possess risk-management advantages that much of GA does not enjoy. For example, airlines typically operate multiengine turbine-powered airplanes, piloted by at least two crewmembers with high levels of training and experience. As part of their safety management systems, the airlines also use a variety of organizational tools such as line operations safety audits (LOSA observations of crews) and flight operational quality assurance (the analysis of data from routine flight operations) to help achieve a high level of safety.

GA employs almost 1.3 million people and accounts for 1 percent of annual gross domestic product, contributing $150 billion to the U.S. economy and more than $53 billion in wages.

However, even though they use some of the most sophisticated aircraft in civil aviation, along with the industry’s most experienced and best-trained flight crews, the airlines recognize that pilots still make mistakes — they get distracted and forget important items, they perform the wrong actions or they perform the correct actions too late. To compensate for these limitations, airline flight crews operate within many layers of defenses, including training in best-practice behaviors designed to cover a “multitude of sins.”

Therefore, even though most GA flight operations lack some of the safety infrastructure of the airlines, GA pilots can still benefit from adopting — and adapting to their particular flight operations — the risk-reduction strategies used by airline flight crews to overcome the human limitations that are common to all pilots. Some of these include:

Other airline-generated flight safety practices also could transfer to the GA environment. For example, the Air Charter Safety Foundation is implementing an FAA-sanctioned aviation safety action program (ASAP) that allows employees of participating Part 135 charter operators to report personnel errors and other safety issues to management without fear of regulatory enforcement action from the FAA or punitive consequences from the company — with a few specific exemptions for behavior outside the bounds of inadvertent error. Others are looking into the possibility of expanding this into some Part 91 operations.15

Efforts by the NTSB, the FAA and other organizations are converging to develop strategies to improve GA safety. This sector should look closely at the airline industry for effective models and assistance in adapting them. The airlines have achieved unprecedented levels of safety, in part because their systems have evolved (and continue to evolve) to include a set of proven best-practice countermeasures that flight crews use to effectively manage risk on the flight deck. Similar improvements in GA safety could be achieved if pilots and operators were to take a page from their playbook.

Professor Dale Wilson teaches courses in flight crew human factors and risk management at Central Washington University in Ellensburg, Washington, U.S. Gerald Binnema, formerly an air accident investigator with the Transportation Safety Board of Canada, is an aviation safety consultant based in British Columbia, Canada. The authors’ recent book, Managing Risk: Best Practices for Pilots, describes significant threats to safe flight operations, offers insights into how and why pilots make errors that exacerbate those threats and provides countermeasures to effectively manage them.