Managing the Evolution of Safety 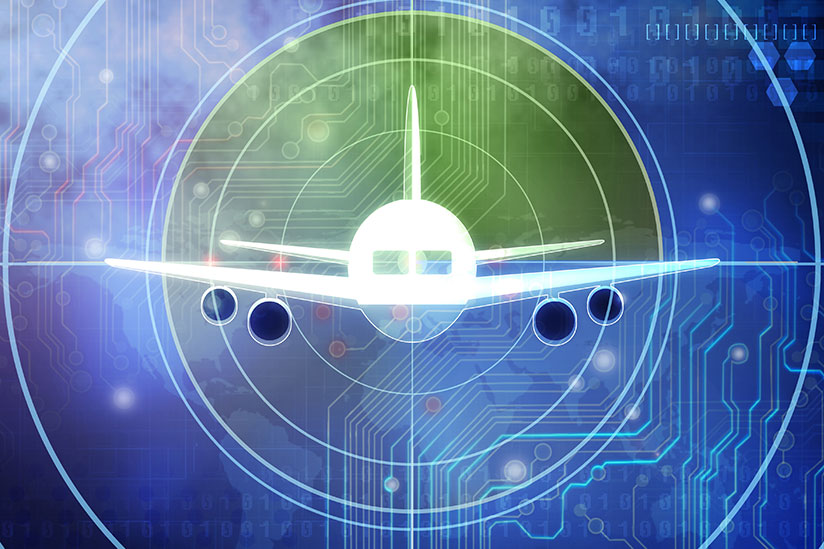 The changing nature of the U.S. National Airspace System (NAS) means that efforts to maintain safety are complicated and will require the incorporation of a range of safety systems and practices, some of which have not yet been developed, according to a report by the National Academy of Sciences.1

“The number of flights by commercial transports is increasing, air traffic control systems and procedures are being modernized to increase the capacity and efficiency of the NAS, increasingly autonomous systems are being developed for aircraft and ground systems, and small aircraft — most notably UAS [unmanned aircraft systems] — are becoming much more prevalent,” said the report, written for the U.S. National Aeronautics and Space Administration (NASA) and released in January.

“As the NAS evolves to accommodate these changes, aviation safety programs will also need to evolve to ensure that changes to the NAS do not inadvertently introduce new risks.”

Kenneth Hylander, past chairman of the Flight Safety Foundation Board of Governors and chairman of the committee that conducted the study, added that current levels of safety in aviation are “the result of many factors, including decades of investments by industry and government, and the dedication of researchers, engineers, pilots, air traffic controllers and a great many other members of the aviation community. As the National Airspace System is constantly changing, it is time to develop a new, real-time system-wide safety assurance system [RSSA].”

The report noted that an RSSA system is one of six focus areas for NASA’s aeronautics program. Such a system would “provide a continuum of information, analysis and assessment that supports awareness and action to mitigate risks to safety,” the report said.

NASA research found that an RSSA system in the NAS would require the automation of safety assurance of air transportation system components, the integration of component-level systems and a reduction in safety assurance cycle time “until real-time safety assurance is achieved at the system-of-systems level.”

The report added, “The safety assurance system envisioned by NASA will combine air traffic and onboard aircraft technologies, as well as automated data mining capabilities for continuous safety monitoring and threat prediction.” The system would be expected to maintain safety at current levels or exceed those levels while also taking into account increases in both air traffic and new technologies.

The report said development of a comprehensive RSSA system would consist of three phases: 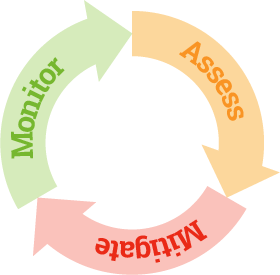 A key element of an RSSA would be an in-time aviation safety management system (IASMS) that “continuously monitors the National Airspace System, assesses the data that it has collected and then either recommends or initiates safety assurance actions as necessary,” the report said.

Despite its name, not all elements of such a system would function in real time. The report described an IASMS that would collect data on multiple aspects of the aviation system — including the status of aircraft, air traffic management system, airports and weather — and analyze the data “second by second, minute by minute, and hour by hour to detect or predict elevated risk states based on rapid changes in system status,” the report said.

An IASMS would not be intended to predict catastrophic equipment failures but instead to identify risks that develop from longer-term trends, especially risks that “arise from a confluence of factors, none of which, by itself, would be noteworthy,” the report said. The focus would be on risks that require safety-assurance action before or during a flight, such as postponing a flight while repairs are made or until flight conditions change, the report added.

The document included recommendations for 10 research projects, all aimed at developing an IASMS for the NAS. Researchers said the top-priority should be the development of an IASMS concept of operation — an effort that will involve “considering multiple possible system architectures, evaluating key tradeoffs and identifying system requirements.”

The IASMS concept of operation would constitute the framework for all other IASMS research, the report said, adding that its development is urgent “because of the complexity of achieving IASMS goals and because it will establish the framework upon which all other research projects flow.”

The project also would enable the prioritization of risks that endanger the safety of the NAS, the report said.

“An ongoing process of identifying and prioritizing risks that an IASMS will address is important because additional risks will emerge,” the report said. “These new risks will arise due to changes in operations in the NAS, technological advances, increased connectivity, the implementation of next generation airspace procedures such as delegation of separation and other exogenous and internal threats.”

Other recommended research topics include identifying and prioritizing relevant risks that threaten the safety of the NAS; developing methods to automatically collect, store and retrieve data from diverse sources; and developing methods of de-identifying or otherwise protecting sensitive data.

The three remaining recommendations are for research to identify risks that currently are without adequate mitigation techniques; to identify “factors specific to human trust in IASMS safety assurance actions”; and to develop methods of verifying, validating and certifying an IASMS.

The report called for the involvement of industry, government and academia in developing the new technologies and products that would be crucial to an IASMS.

Some government agencies already operate programs that are related to the proposed new research, the report added, citing as an example the U.S. Federal Aviation Administration’s Next Generation Air Transportation System (NextGen), which is modernizing the nation’s air transportation system and which includes elements related to development of an IASMS. NASA could contribute to this effort, the report said, “primarily by supporting basic and applied research for the advanced development of systems by industry and the FAA.” The Department of Defense also could participate by monitoring changes in the air traffic management system that might affect military aircraft operations in civil airspace, the report said.

Even with the shared involvement, the report said, the cost of conducting every project would be significant.

“Many of the future data sources needed for the successful adoption of a fully functional IASMS … will require new and sophisticated onboard equipment along with the adoption of ground infrastructure and data processing capability,” the report said.