Study finds no elevated risk of DVT during flight. 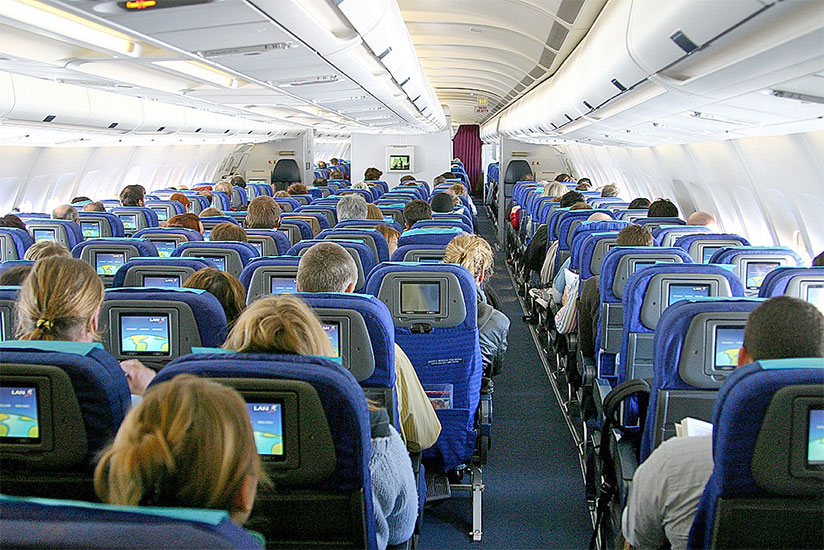 A study of the health effects of flying found that volunteers exposed to simulated airline cabin environments — including volunteers who were elderly or ill — showed no signs of developing deep vein thrombosis (DVT)1 or other forms of “passenger distress” as a result of the simulated flights.2

A report on the study — published in the July issue of Aerospace Medicine and Human Performance, the journal of the Aerospace Medical Association (AsMA) — said that researchers in England and Germany found “no significant symptoms or adverse effects” among the hundreds of study participants.

“Commercial air travel is … usually without health incidents, even among the elderly and those with health problems,” the report said.

The findings generally supported AsMA’s position that “there is no unique factor in the air travel cabin environment that has been shown to have any effect” on venous thrombosis, and that “any form of travel involving immobility lasting more than four hours can predispose to thrombosis.”3

AsMA’s Transport Medicine Committee noted, in a 2014 position paper, that medical research in the 1850s identified three factors associated with DVT: changes in blood flow, changes in blood viscosity and abnormalities in the wall of a blood vessel.

The Aerospace Medical Association (AsMA), in its 2014 position paper on deep vein thrombosis (DVT) and other forms of venous thrombosis, said that, although research has found that thrombosis is no more likely to occur in an airline cabin than any other setting, some factors increase the risks of developing these ailments.1 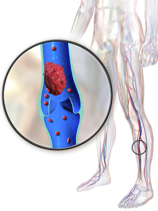 Measures recommended for avoiding DVT during flights of more than eight hours called for:

For passengers who are considered to have high risk of developing venous thrombosis, AsMA recommended wearing “properly fitted below-knee” graduated compression stockings, or a pre-departure injection of anticoagulant medication. The use of aspirin to ward off venous thrombosis is not recommended, AsMA said.

These factors can exist not only for passengers in other types of transportation — venous thrombosis has been reported in passengers in cars, trains and a ship as well as in aircraft — but also for people who spend time in other cramped spaces — a 1954 report described an episode of venous thromboembolism (VTE) in a theater-goer. As another example, the AsMA position paper cited a 1940 study that also found an increased risk of VTE in people who — while hiding underground during the London blitz — sat in deck chairs that had rigid bars supporting the seats; the bars placed pressure on the backs of the thighs. After the deck chairs were replaced by other types of seating without the bars, the incidence of VTE decreased significantly.

Nevertheless, the report noted that a 1988 study of six cases of VTE among airline passengers used the words “economy class syndrome” to describe the ailing passengers. The phrase caught on, and, in AsMA’s view, helped make DVT and other forms of VTE “the subject of both ‘media hype’ and extensive debate in the medical literature.”

The new report said that the “very large, comparative, controlled study provides much reassurance for the traveling public,” especially those who travel on flights of up to eight hours.”

It noted that the study’s findings did not confirm widely held views that passengers on lengthy flights are more susceptible than people in other situations to developing blood clots and related problems.

“A view exists that cabin environments may be detrimental to health, particularly long-haul exposure of eight hours or more,” the report said. “The literature describes concerns about … DVT, respiratory tract infection, the environmental physical effects, altitude sickness and toxins from the engines.”

Nevertheless, previously published data are “fragmented and contradictory,” and there is “marked variation in outcome measures and interpretation,” the report said.

For example, previous research into annual incidents in Europe of VTE yielded varying estimates of the frequency of VTE. One study reported 1.6 to 1.8 cases of VTE per 1,000 people of unspecified ages; another study found that, among people over age 75, the rate increased to one case per 100; and a third concluded that “in a cohort of healthy individuals … the absolute risk of VTE in flights greater than four hours was one in 6,000,” the report said. Another study found no difference in DVT frequency between passengers seated in business class and those in economy.

Yet another study that focused on DVT found an increased risk of the problem only among passengers with existing risk factors, but a second study identified “a DVT association with air travel over four hours”; a third study said travel times exceeding 10 hours “might be relevant,” the report said.

The report on the current study — prompted by an AsMA committee’s determination of insufficient data for passengers with chronic obstructive pulmonary disease (COPD) and chronic heart failure — observed what were described as representative samples of the traveling public, including people with COPD and chronic heart failure in simulated eight-hour flights in wide-body aircraft cabin simulators.

Researchers at the simulator sites at the Fraunhofer Institute for Building Physics in Germany and the Building Research Establishment in Watford, U.K., measured biomarkers — biological substances that indicate the presence of a disease, infection or other phenomenon — that could signify the presence of thrombosis, inflammation, respiratory problems and other conditions. Passenger symptoms of these problems also were recorded. Similar test methods were used at the two sites.

Participants in the study’s 36 simulator flights were 1,260 healthy male and female volunteers ranging in age from 18 to 93, plus 146 volunteers with COPD or heart failure. Each volunteer participated in a single flight, with most of the flights (29 of the 36 total flights) conducted at the German facility. In addition, as a control group, 76 people were observed during typical workdays.

At both facilities, the simulated flights were conducted under a variety of conditions — with differences in ventilation, air recirculation and cabin noise, and cabin pressures ranging from ground level to 8,000 ft. Food and drinks were served during the flights; smoking and alcohol were prohibited. Participants were subjected to blood draws and various other tests, both before and after the flights; other tests (for example, of blood pressure and blood oxygen levels) were conducted during the flights. Before, during and after the flights, participants completed a Likert questionnaire4 designed to assess their opinions of their well-being.

The control subjects underwent blood tests and lung function tests before and after a normal workday.

When the test results and questionnaire responses were analyzed, researchers found that the study participants showed no sign of flight-related health problems, the report said.

The participants with heart failure and COPD were placed on 11 flights that involved tests of lung function and sampling of their venous blood; the tests showed no evidence of thromboses.

“Since the elderly and those of varying health status are increasingly traveling by air, the absence of detectable adverse events was reassuring,” the report concluded. “This study provides reassurance to those traveling long distances and fails to confirm concerns expressed by others.”