Part 135 operators should ensure additional instruction for pilots who have trouble during training, the NTSB says. 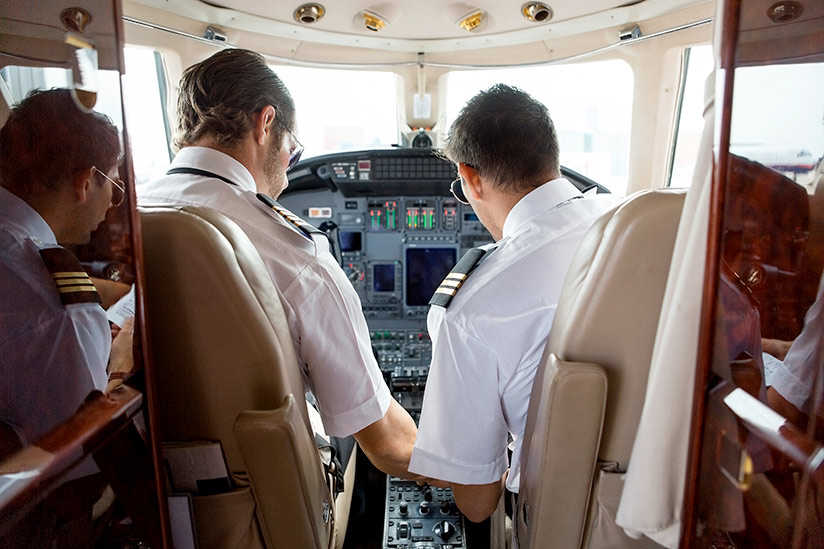 Commuter and on-demand operators, and others covered by U.S. Federal Aviation Regulations (FARs) Part 135, should be required to establish programs to provide extra training and oversight for flight crewmembers who experience “performance deficiencies or failures” during training, the U.S. National Transportation Safety Board (NTSB) says.1

The provision was one of three new safety recommendations to the U.S. Federal Aviation Administration (FAA) that were included in the NTSB’s final report on the May 15, 2017, crash of a Trans-Pacific Air Charter Learjet 35A on approach to Teterboro (New Jersey, U.S.) Airport. The report also reiterated six related safety recommendations that have been issued since 2010 in response to other accident investigations.

The Teterboro crash occurred at the end of a positioning flight from Philadelphia International Airport, after the approach to landing became unstable and the crew failed to conduct a go-around. Both pilots, who were the only people in the airplane, were killed, and the Learjet was destroyed.

In its final report, the NTSB said the probable cause of the accident was the attempt by the pilot-in-command (PIC) “to salvage an unstabilized visual approach, which resulted in an aerodynamic stall at low altitude.”

Contributing factors included the PIC’s decision to allow his unapproved second-in-command (SIC) to fly the airplane, the PIC’s “inadequate and incomplete preflight planning and the flight crew’s lack of an approach briefing.” The NTSB also cited the lack of safety programs at Trans-Pacific that would have helped the company “identify and correct patterns of poor performance and procedural noncompliance” as well as “the FAA’s ineffective SAS [safety assurance system] procedures, which failed to identify these company oversight deficiencies.”

The NTSB identified problems throughout the flight, including the PIC’s “inadequate and incomplete” preflight planning and the flight crew’s failure to verify the approach and conduct an approach briefing. The lack of an approach briefing led to confusion, multiple errors and mismanagement of the vertical profile for the approach; the crew then failed to begin the circle-to-land maneuver as instructed by air traffic control (ATC), the NTSB said.

All three safety recommendations were addressed to the FAA.

In its first recommendation, the NTSB said that all Part 135 operators — on-demand and commuter operators, as well as air medical services, air taxis and charter operators — should be required to establish programs for flight crewmembers whose performance was deficient or who experienced failures during training, and to monitor the future performance of those pilots. The recommendations are in line with the presence on the NTSB’s Most Wanted List of Aviation Safety Improvements of a provision calling for improvements in the safety of Part 135 operations.

In the case of the accident flight crew, the NTSB said that the operator knew that both pilots required additional simulator training before they completed initial company training.

“However, after completing the simulator training, both pilots began line operations without any further monitoring or evaluation,” the report said. “During the accident flight, both pilots exhibited performance problems that mirrored some of those noted during their simulator training courses (for example, the PIC did not properly execute the circling approach, and the SIC struggled with aircraft control).”

NTSB Chairman Robert Sumwalt added, during the board meeting at which the accident report was approved, that some safety programs required of FARs Part 121 air carriers are not currently required for Part 135 operators. “If operators of these flights were required to use the same tools as airline operators, accidents like this might not happen,” Sumwalt said.

Another NTSB recommendation called on the FAA to develop guidance for Part 135 operators to help them develop and implement effective crew resource management (CRM) training programs.

Such training programs have been required for Part 135 operations since 2013, and FARs Part 135.330 specifies that the programs should cover eight topics:

But the NTSB noted that, despite requiring the training, the FAA has not offered guidance on how operators should implement the training, “even though such guidance is available for Part 121 CRM programs.”

Both accident pilots had received Trans-Pacific’s CRM training, which covered the required topics and had been approved by the FAA, the NTSB said.

Nevertheless, “the training did not seem to influence the crew’s actions during the accident flight,” the agency added. “FAA-funded scientific research has identified factors that influence the effectiveness of CRM training. These findings could be used to develop guidance for CRM training programs tailored to the specific characteristics of Part 135 operations.” 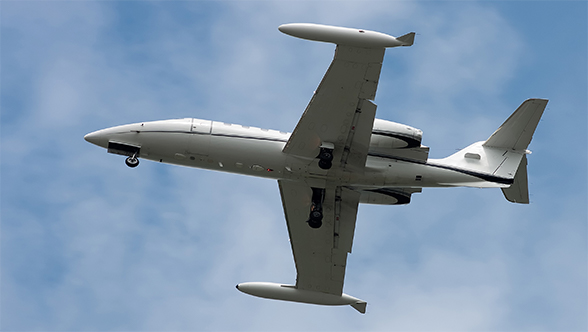 The NTSB also recommended that the FAA review the operators’ Learjet 35A operations manuals “to determine whether they contain manufacturer-recommended approach speed wind additives” — the amount by which the normal approach speed should be increased in gusting crosswinds — and encourage operators using manuals that lack that information to incorporate it.

Trans-Pacific standard operating procedures (SOPs) did not include the information, which also is recommended in the Learjet 35A flight manual, the NTSB said.

“Although the accident airplane was flown significantly slower than directed by the SOPs during the approach, the airplane remained above the manufacturer-published stall speed,” the accident report said. “However, the strong, gusting wind might have momentarily reduced the airplane’s airspeed below the stall speed. Adding guidance to Learjet 35A operations manuals to include a wind additive (if appropriate) when calculating approach speeds would provide additional stall margin and reduce the risk of a stall.”

The NTSB also reiterated several past safety recommendations, including a 2016 call for the FAA to require all Part 135 operators to establish safety management systems (SMS). Trans-Pacific lacked an SMS; the NTSB said that having one would have improved the company’s ability to identify safety risks and mitigate them “because an SMS requires operators to incorporate formal system safety methods into their internal oversight problems.”

The company “was pursuing” an SMS at the time of the accident, and its organizational chart included a safety officer position, the NTSB said. However, “no formal safety programs were in place … . Therefore, the company did not identify or mitigate the hazards that contributed to this accident (such as an unauthorized SIC acting as PF [pilot flying] and pairing two pilots who had both exhibited difficulties in training.)”

The board noted that it has investigated several other Part 135 accidents involving operational safety issues that could have been identified and mitigated if the operator had implemented an SMS, including the fatal 2015 crash of an Execuflight British Aerospace HS 125-700A during approach to Akron (Ohio) Fulton International Airport.2 The investigation of that crash — which prompted a 2016 recommendation calling for SMS to be required in all Part 135 operations — resulted in a finding that factors contributing to the crash included the operator’s “casual attitude toward compliance with standards” and its lack of a formal safety program.

Other past safety recommendations that were reiterated in the new report included items that called on the FAA to require Part 121, 135 and 91K operators to provide a leadership training course to upgrading captains and to develop an advisory circular containing guidance on the contents of those courses, including leadership techniques, professional standards of conduct, strategies for briefing and debriefing and reinforcement and correction skills.

The U.S. National Transportation Safety Board (NTSB) released a preliminary report today on the May 13 fatal midair collision of two sight-seeing airplanes in Alaska, citing that crash and two…