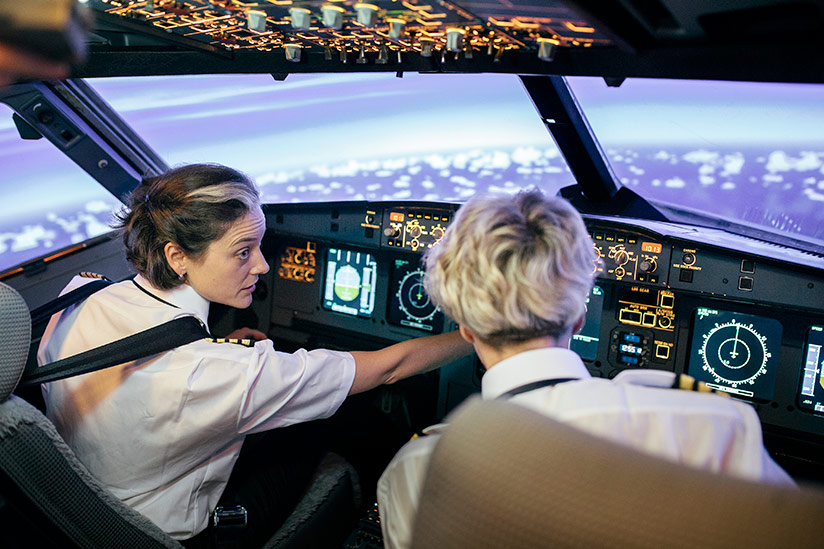 New attitudes and new ways of attracting potential pilots and maintenance technicians, especially female pilots and technicians, are essential if the aviation industry is to meet the soaring demand for key employees, industry training specialists say.

In the United States, about 4 percent of commercial pilots are women — a figure that has been largely unchanged for decades, Colin Rydon, vice president for training with L3 Commercial Training Systems, told the World Aviation Training Summit (WATS) 2018, meeting in mid-April in Orlando, Florida, U.S.

If those percentages could be increased until female pilots entered the industry in the same numbers as their male counterparts, Rydon and others said, that would go a long way toward eliminating the projected pilot shortage.

Logically, Rydon said, “there should be no reason why women don’t want to be pilots. … The skills of a pilot, they don’t vary between the sexes.”

He noted that women perform as well as men in critical aviation skills such as teamwork, quick thinking, analytical abilities and communication, adding that he has trained many cadet pilots and found no differences between male and female students.

Rydon said that a scarcity of female role models is partly to blame for the scarcity of female pilots and maintenance technicians. He added that the industry needs to “bring the career to life at an earlier age and proactively target specific groups,” including women and young girls, whose interest in aviation could be sparked with more exposure to female pilots and technicians. 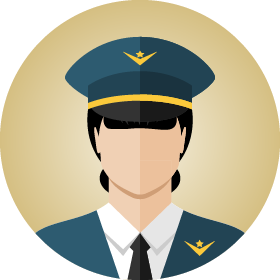 In addition, women who might be interested in aviation are influenced by some of the same factors that often discourage men from entering the industry — the cost of accumulating the required licenses and flight hours and dissatisfaction with the work-life balance experienced by many pilots and aviation mechanics, he said.

He also noted that, in the United States, some potential airline pilots — men as well as women — have been discouraged by the so-called 1,500-hour rule, which requires first officers, with some exceptions, to have accumulated at least 1,500 flight hours and an airline transport pilot certificate before being hired. Previous requirements stipulated that first officers must have at least 250 flight hours and a commercial pilot certificate.

The 1,500-hour rule “is going to put off people,” largely because it costs new pilots a significant amount of money and time to accumulate additional flight time, he said, adding that many of those in the industry would like to modify the requirement to take into account the pilot’s skills.

Flight Safety Foundation also has endorsed competency-based or evidence-based training methods as part of its recommended data-driven approach to pilot training, noting, “It cannot be assumed that critical skills and knowledge will be obtained only through hours in the air.”1

Overall, Rydon cited projections calling for about 2,000 new commercial aircraft a year between now and 2022 — with 30,000 or more pilots a year required to keep up with the expected demand.

Loans are available for aspiring pilots, but in the United States, they often fail to cover all training costs, he said. In addition, student pilots face obstacles in the form of requirements that they have an income, even during their aviation studies, and that they pass credit checks, which may be difficult during periods of little or no income. In Europe, government loans are limited, he added.

Rydon argued that students engaged in pilot training should be eligible for the same sort of financial assistance — including scholarships and loans, in this case, underwritten by the airlines —currently available to those attending universities or other advanced educational institutions.

The industry would benefit not only from promoting female role models and targeting potential female pilots and members of other under-represented demographic groups, especially at very young ages, but also from placing greater emphasis on mentoring young pilots and supporting their interest in entering the profession, Rydon and other training specialists said.

“We need to provide access to a career for all,” Rydon said, reasoning that, of 25 million people in the United States between the prime pilot entry-level ages of 18 and 24, about half are women. Drawing just 0.12 percent of both men and women in that age group every year into aviation would supply the 30,000 pilots a year needed in the near future, he said.

Capt. Torbjorn Wischer, CAE’s global leader for training strategy, cited CAE data indicating that, of the 290,000 active pilots in 2017, about one-third will retire or leave the workforce for other reasons by 2027. During the same time frame, 150,000 first officers will need to be promoted to captain, and commercial airlines will need 255,000 new pilots, he said.

Hiring patterns will need to take into consideration the current under-representation of women and minorities in the pilot community, he said, and training will need to be modified with the introduction of more complex new generation aircraft and increased use of data-based methods of training.

Steve Smith, product director of FlightSafety International’s MissionFIT training system, noted that Boeing data forecast a need for 637,000 new pilots by 2036 — or 87 new pilots every day. To meet the shortfall, the industry must increase not only the number of trainees but also their access to training and flexibility in methods of teaching. 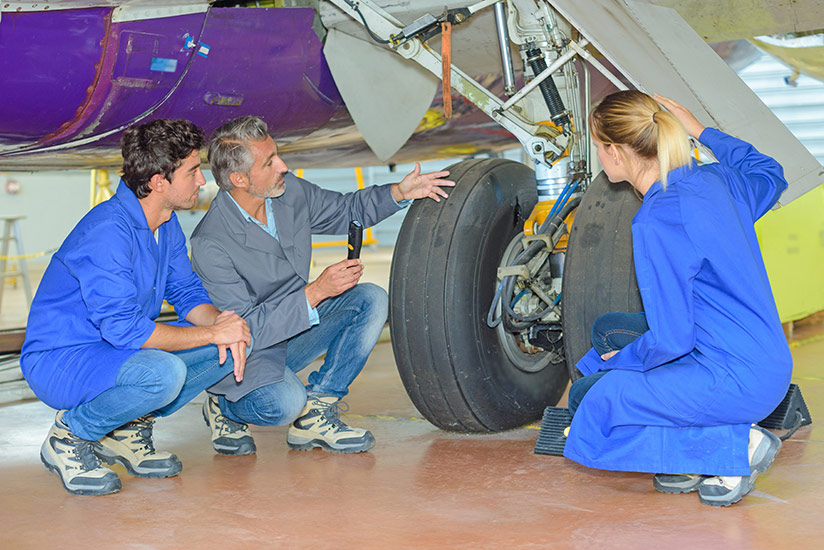 Earlier generations’ passionate interest in aviation “is not being replicated” by many of those entering the workforce today,” Duncan said.

“It’s as much a lifestyle as it is a job,” he added. “From what I can see, many of those entering the workforce today have a different take — a different idea about lifestyle choices and about work-life balance and about what a meaningful career looks like.”

Capt. Carl Davis, director of air crew operations, training and professional services for Boeing Global Services, said that Millennials (generally considered to be people born between 1981 and 1996) and members of the iGeneration (also known as Generation Z, those born after the mid-1990s) present challenges in job recruiting and training.

“They have a new learning style and a new idea of what they want out of work,” Davis said, adding that in many cases, they value increased mobility and want to be respected for the qualities that they bring to the workplace. In many ways, these attitudes are a poor match for the apprentice model that has prevailed for years in aviation especially for maintenance personnel, he said.

In addition, the employees of the future face more choices of careers than ever, and some of those careers — in the high tech industry, for example, or working for other prestigious employers — may present more opportunities than an aviation career, or a better work-life balance, he said.

“We’ve got to figure out how to make this [an aviation career] interesting and lucrative,” Davis said. “Tech industries now are aiming at 5-year-olds. The fight has been taken to preschool to go get talent, and we’ve historically looked at college students and older.”

With 2 million aviation workers needing to be trained over the next 20 years, traditional methods of recruitment and instruction will be inadequate, Davis said, adding that throughout the aviation industry, trainers are looking for — and finding — new ways to conduct training.

In the future, more training will be conducted in non-traditional settings, he said, adding, “The future … probably started a couple of years ago.”

Among the new teaching tools are some that use simulation, augmented reality, virtual reality or learning games, he said.

“I want to make sure if I’m using technology to teach something, that I’m teaching that person the correct way to apply what they’re learning right now,” Davis said. It’s no longer enough to say that a pilot passed a check ride, he said; “I want to say the person passed the check ride and is competent.”