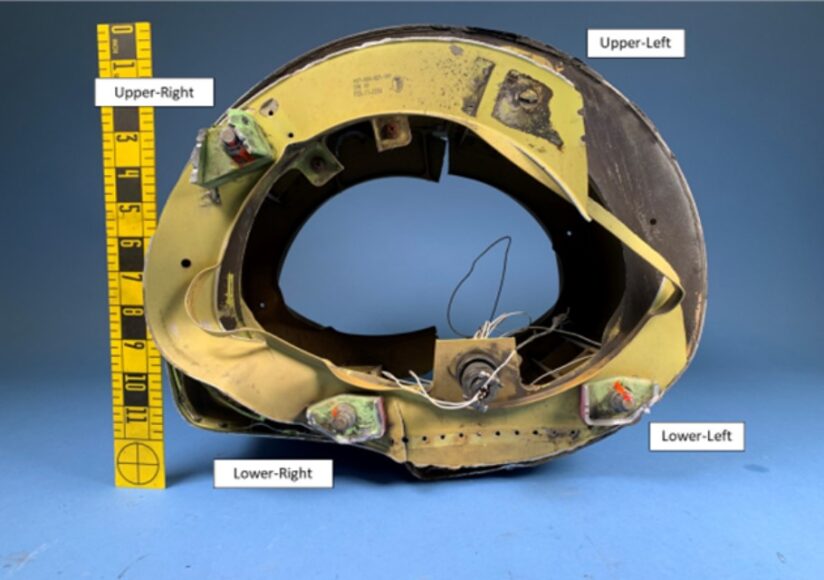 The U.S. National Transportation Safety Board (NTSB) is calling on regulators to require immediate inspections of some tail boom components on Bell 407s, citing a June accident in which the tail boom separated from the fuselage of a 407 during an air tour flight in Hawaii.

The NTSB said Friday that it had identified the problem during its ongoing investigation of the June 8 crash near Kalea, Hawaii. The pilot and two passengers were seriously injured; three other passengers received minor injuries.

“With hundreds currently in service, the Bell 407 helicopter is a popular model among tour operators, police departments, air ambulance providers and many others, which is why our finding is so urgent,” NTSB Chair Jennifer Homendy said. “We’re calling on regulators to act immediately, before there’s another accident.”

The NTSB said that accident investigators who examined the wreckage could not locate the upper left attachment hardware. Three other fittings and the associated hardware were still attached to the tail boom; one fitting had multiple fatigue fractures, and two fittings had overload fractures.

The NTSB said it was “concerned that there may be additional Bell 407 helicopters with missing or fractured tail boom attachment hardware, and the potential for catastrophic failure warrants immediate and mandatory action.”

In safety recommendations to the U.S. Federal Aviation Administration and Transport Canada, the NTSB said 407 operators should be required to conduct immediate inspections of the attachment hardware and to reduce the inspection interval from the current 300 hours to “a more conservative number.” The change would “increase the likelihood of detecting fractured attachment hardware before a catastrophic failure can occur,” the NTSB said. https://www.ntsb.gov/investigations/AccidentReports/Reports/AIR2210.pdf

In the case of the accident helicopter, the tail boom separation occurred 114.2 hours after the last visual inspection and torque check, the NTSB said.

The board said the pilot of the accident helicopter told investigators that about 30 minutes into the flight, the helicopter entered an uncontrolled spin to the right. A passenger reported seeing “something” fall off the helicopter, but she was unable to identify the object. The helicopter continued to spin until it crashed into rough, lava-covered terrain, the NTSB said.

The NTSB’s investigation of the accident is continuing.