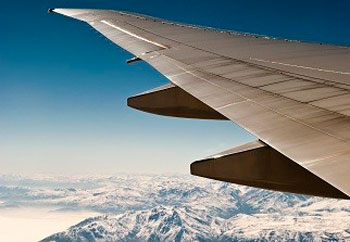 By crossing the runway threshold at the correct height and airspeed, landing within the touchdown zone, and promptly and completely using the thrust reversers and other deceleration devices, the pilots involved would have prevented the most serious of the studied events, said A. Thomas Stephens, lead, aero accident/incident analysis, and Mark H. Smith, senior accident investigator, The Boeing Co. Recognizing and correctly responding in time to each circumstance — such as by conducting a go-around — would have prevented all of them, they added.

“Looking at … all [29] of the landings … the airplane was capable of doing a full stop,” Smith said. “The airplane crossed the [runway] threshold with margin available to stop. In the top 18 [events cited in the resulting table], in the first two categories [landed long and landed fast], by the time the airplane touched down, that margin was gone or was negative. It all happened between threshold and touchdown. [For] the ones that didn’t touch down correctly, their margin was [eliminated] by the mismanagement, if you will, of the deceleration devices combined with the poor runway conditions. … The overruns did not have to happen.”

About a third of the events in Boeing’s runway track analysis had official reports available, and two-thirds came from aircraft in-service events reported by operators but not required to be investigated by government authorities.

Stephens and Smith presented several versions of their primary table (including Table 1, p. 10) that categorizes the 29 events as landed long, meaning the airplane was landed beyond the touchdown zone;1 landed fast, meaning that the flight crew landed with excessive airspeed; or deficient deceleration, meaning that the crew had a problem in correctly using the deceleration devices. The table also indicates whether, at any point before touchdown, the crew exceeded any of the Foundation’s criteria for a stabilized approach (ASW, 11/07, p. 13). Among other factors highlighted were knots of airspeed that exceeded the target reference landing speed (VREF) and whether the sum of this value and any calculated tailwind present exceeded 14 kt.

The table versions also show any delay deploying speedbrakes; any delay 4 seconds or greater after touchdown before commanding reverse thrust; whether early reduction or stowage of the thrust reversers occurred; and the runway remaining when the pilot began to reduce the reverse thrust. “If you’re in an overrun event, we would hope that [thrust reversers] are kept out until runway departure,” Stephens noted.

The table versions have an equivalent runway braking action factor (Mu), calculated after the events, with black representing braking action equivalent to a dry runway condition, green as good condition, yellow as medium condition and red as poor condition. Results of each event were highlighted in terms of overrun speed — the groundspeed in knots at which the airplane departed the runway end — and also by recording whether the event resulted in a hull loss.

The airplanes in 13 landed-long events landed anywhere from 3,000 ft to 7,000 ft (914 m to 2,134 m) down the runway. “The vast majority of the events that were determined to be unstable — by the stabilized approach criteria — wind up being in this category,” Stephens said. “‘Landed Long’ contains all of the high-speed overrun events that we had [that is, exit speed of 50 kt or greater and] all of the events that were determined to be hull loss events. … [We tell pilots,] ‘Touch down in the [touchdown] zone or go around, because the consequences are pretty severe.’” The window of time for decision making also is extremely small, he noted.

About half of the landed-long events studied revealed a flight path–control issue. “[Pilots] were high when they came across the threshold — significantly high on some of them, upwards of 300 or 400 ft above the threshold,” Stephens said. Others maintained an advanced, non-idle setting rather than idle. The data also showed that, contrary to non-overrun landings with touchdown 4 to 8 seconds after threshold crossing, the events in the study’s landed-long category had touchdowns 10 seconds or more after threshold crossing.

In the landed-fast category, the events were remarkable in that they all began with a stable approach and a touchdown very close to the pilot’s aim point within the touchdown zone. The excess speed was found to be a combination of knots above VREF and unknown/incorrectly reported tailwind components.

In some cases, nonstandard flight maneuvers shortly before the landing phase adversely affected the crews’ ability to stop the airplane. One such maneuver (Figure 1, p. 11) was called the duck-under maneuver by airline pilots consulted. “The intent of this maneuver is to go down below the glide slope to change your aim point, to move it [farther] up the runway and touch down sooner so that you have additional runway in which to touch down,” Stephens said. However, in the example cited, the flying pilots touched down at VREF plus 30 kt.

The study also assigned some of the overrun events to a category in which the leading factor involved deficient deceleration. Whether the approach was stabilized — nearly all were — was not a factor, and these aircraft did not have excessive airspeed. The most significant subcategory of deficient deceleration chronicled examples — 69 percent of the overall total — involving pilots’ sub-optimal use of thrust reversers, specifically, too slowly commanding reverse thrust and mistiming reduction and thrust reverser stowage.

Thrust reverser deployments ranged from none to delays of 5 seconds to 22 seconds (Figure 2), and premature stowage occurred 100 ft [30 m] to 2,000 ft [610 m] before the end of the runway. Smith elaborated on the heightened risks involved not only in delayed command or no command of reverse thrust, but also in early reverser reduction with a significant amount of runway remaining.

He said that their data analysis also found that 75 percent of the overrun events occurred during winter months in the Northern Hemisphere, including all slippery runway cases; this was consistent with expectations. Overall, 94 percent occurred on non-dry runways. Data from flight data recorders showed that in all but two events, the instrument landing system (ILS) was tuned and displayed to the pilots.

“[In] some of the … unstable-approach cases … the ILS was tuned and the autopilot was connected all the way down to 500 ft, and [the event] still became unstable and long,” Smith said. “Our recommendation is, ‘Reduce reverse thrust at about 60 kt, but … do not reduce reverse thrust until you are sure you can make the full stop.’”

The significance of the different levels of braking action also can be greater than pilots recognize, Smith noted. “If you are on a medium runway, you have 25 percent … of the brakes you are used to having on a dry runway — that’s significant,” he said. “If you get on a poor runway — you’re [at] one-eighth [relative braking action] — you’re down in the 12 to 15 percent range. … On the medium runway, [thrust] reversers will double the deceleration that you can get out of the airplane — they are critical.” On a medium runway, the decision to use no reversers adds 1,200, 1,300 or 1,400 more ft (366, 396 or 427 m) of stopping distance; on a poor runway, the penalty exceeds 3,000 ft.

In response to questions about differences in the use of autobrakes versus pilot-applied wheel braking, Smith and Stephens said relevant data were collected and analyzed, but were not deemed significant for the initial safety recommendations.

“For the most part, the maximum brake seemed to be … applied for most of these, be it the autobrakes or manual, so we did not see that as a big factor,” Smith said. They also noted that the work of the U.S. Federal Aviation Administration’s Takeoff and Landing Performance Assessment Aviation Rulemaking Committee — which submitted proposed recommendations in 2010 — includes significant changes to regulations, guidance and training designed to mitigate overrun risks based on this data analysis and data from other sources. 