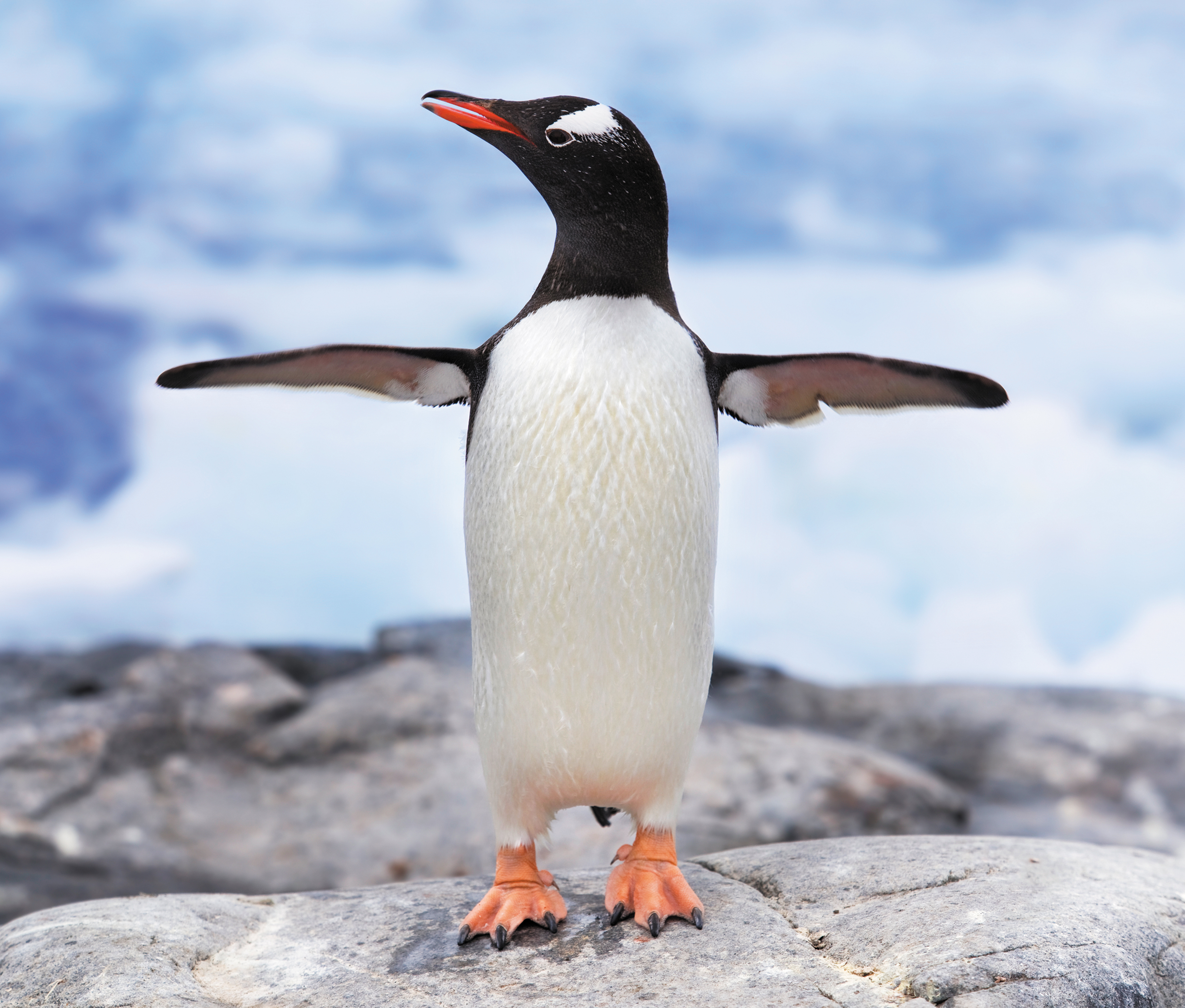 Gentoo penguins — residents of the Antarctic and parts of the coldest, southernmost tip of South America — jump in and out of frigid ocean water all day without accumulating ice on their feathers. Researchers say they now know why the penguins are ice-free, and they theorize that this knowledge could lead to better ways of keeping ice off airplane wings.

The explanation involves both the structure of the penguins’ feathers and the characteristics of an oil secreted by their glands.

Pirouz Kavehpour, a professor of mechanical and aerospace engineering at the University of California, Los Angeles, said the research was inspired by his thoughts while watching a documentary film on penguins.

“I noticed the penguins were coming out of very cold water and sitting in very cold temperatures, and it was curious that no ice formed on their feathers,” Kavehpour said in a statement issued by the American Physical Society (APS) in late November in advance of the annual meeting of its Division of Fluid Dynamics. Kavehpour and several colleagues, including Judy St. Leger, corporate veterinarian for pathology and research for SeaWorld Parks and Entertainment and an expert on penguins, presented their findings during the session. 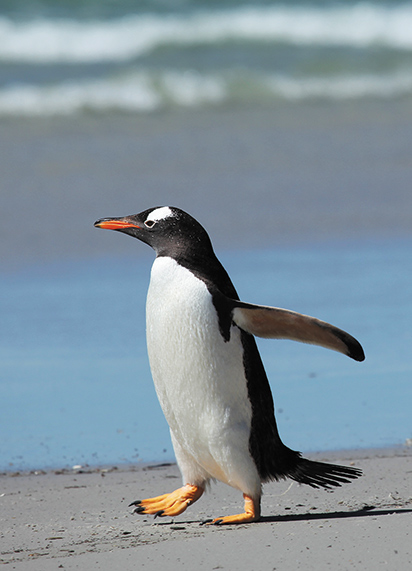 “Antarctic penguins reside in a harsh environment where air temperature may reach minus 40 degrees C [minus 40 degrees F], with wind speed of 40 meters per second [about 90 mph], and water temperature remains around minus 2.2 degrees C [28 degrees F],” the researchers said in papers accompanying their presentation. “Penguins are constantly in and out of the water and splashed by waves, yet even in sub-freezing conditions, the formation of macroscopic ice is not observed on their feathers.”1,2

The scientists already knew that the feathers of many bird species, including penguins, repel water. Penguin feathers have a hydrophobic (water-repelling) coating to “reinforce their non-wetting properties,” as well as their resistance to ice buildup, they said.

Their research centered on the examination — “in extreme detail,” under a scanning electron microscope — of penguin feathers donated by San Diego SeaWorld.

They found that the feathers contained “tiny pores that trap air,” thereby making the surface hydrophobic. In addition, a gland near the base of the penguins’ tails produces preen oil, which the birds apply to their feathers. Together, the tiny pores and the preen oil make the penguins’ feathers superhydrophobic.

When a surface is superhydrophobic, droplets of water “bead up and sit on the surface, almost like spheres,” the APS statement said, adding that the researchers believe that “it’s the sphere-like geometry that delays ice formation, since heat has a hard time flowing out of the water droplet if the droplet does not make much contact with the surface.”

This means that water flows off the surface before it freezes.

“Heat flow could be compared to traffic,” Kavehpour said. “If you have a freeway that turns into a tiny, two-lane road, the traffic will back up. Similarly, heat does not flow well from the large cross-section of the middle of the [water] drop to the small cross-section where the drop makes contact with the feather.”

The research showed that feathers of some species of penguins were better than others at repelling water and inhibiting ice formation.

The researchers focused on gentoo penguins, which live in Antarctica and extreme southern points of South America, and discovered that they were more water repellent than those of warm-water species such as the Magellanic penguins living farther north in Chile, Argentina and Brazil. The warm-water species do not have the same small pores in their feathers, and they produce a less hydrophobic type of preen oil.

One large commercial airplane was involved in a nonfatal accident associated with an in-flight encounter with icing conditions from 1998 through 2007, according to a U.S. Government Accountability Office (GAO) review of accident and incident databases.1

However, the U.S. Federal Aviation Administration reported 525 incidents from 1998 to 2007, including 120 involving large commercial airplanes, and the U.S. National Aeronautics and Space Administration Aviation Safety Reporting System received hundreds of reports of icing-related events during the same time frame.

In a 2010 study, the GAO analyzed the 628 total reports from 1998–2007 and found that the largest category — 179 reports — dealt with “anti-icing or deicing incident/procedure” events, which the agency defined as events involving “the process of preventing or removing accumulations of ice, snow, frost, etc. on aircraft critical surfaces.”

Further research into the anti-icing properties of penguin feathers could yield results of practical interest to the aviation industry in preventing airframe icing and associated accidents, Kavehpour said.

A 2010 report by the U.S. Government Accountability Office (GAO) cited data from 1998 through 2009 that showed that no fatal accidents involving large commercial airplanes in the United States had been attributed to airframe icing during that period.3

However, six nonfatal accidents and numerous incidents were blamed on icing — both in flight and on the runway — during that period (see “Icing Incident Reports”).

Methods of dealing with those risks during flight typically involve the use of pneumatic deicers on the leading edges of the wings and tail, a “weeping wing” that pumps anti-icing fluid to the wings and tail, or thermal systems that electronically heat pitot/static tubes, propeller blades and other areas to eliminate existing ice and prevent new buildup.

On the ground, the primary protection is anti-icing or deicing fluid, which is applied to aircraft surfaces before takeoff. Some operators also rely in part on other methods, including:

Both infrared heat and forced air deicing are sometimes used in combination with the application of deicing or anti-icing fluids.

He said that superhydrophobic surfaces “inspired by penguins” might ultimately be less expensive, longer lasting and friendlier to the environment than methods that rely on deicing or anti-icing fluids.

“It’s a little ironic,” he added, “that a bird that doesn’t fly could one day help airplanes fly more safely.”

A 1994 crash prompted research aimed at preventing deadly encounters with freezing droplets of rain and drizzle.

Too Low to Recover

An ice-induced stall sent a Phenom hurtling into houses near the approach end of the runway.