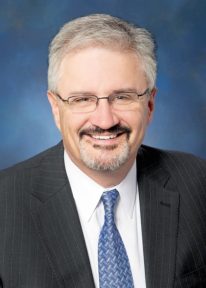 During the Foundation’s Singapore Aviation Safety Seminar (SASS) earlier this month, I was surprised to learn during one of the presentations that reducing runway incursion and excursion rates was a relatively simple task. I know that civil aviation authorities, airports and aircraft operators around the world have focused a great deal of effort and resources on reducing runway safety–related events, so I was keen to learn to the solution.

According to the SASS speaker, Michael Watkins, senior air traffic representative – Asia Pacific, for the U.S. Federal Aviation Administration, if you want to reduce the rate, just stop reporting occurrences. Without any reports, the rate quickly falls to zero.

Of course, Watkins was kidding. He was making a point about the importance of having a reporting culture and about where safety professionals should focus their efforts. Lowering the rate of runway excursions seems like a laudable goal, but what we really want to do is lower the risk of excursions. While a calculated rate has some value as an easy-to-explain measurement of progress against a goal, we obviously should be more concerned with identifying, quantifying and reducing the actual risk of an event happening.

And that’s where a robust reporting culture is so important. Watkins said that in some countries, if there is a loss of separation event, multiple people, including the pilots and air traffic controllers, could lose their jobs. So, given the possible consequences for reporting such an event, what is the loss of separation rate going to be for a facility in that country? Probably zero. And how many events occur at that facility? We don’t know because they’re not reported. The true risk goes undetermined. And even if industry-vetted mitigation measures are implemented at such a facility, how can you tell if they are effective if the risk hasn’t been determined?

It’s easy to get caught up in statistics. Every year, the industry and media focus a good deal of attention on rates, particularly accident rates. In fact, we use rates to determine whether it has been a good year or not. Again, that’s fine if you want a quick snapshot of what’s going on. But our attention really should be focused on what’s important: risk.