Flight crews appear to perform better with first officers at the controls, a new study says. 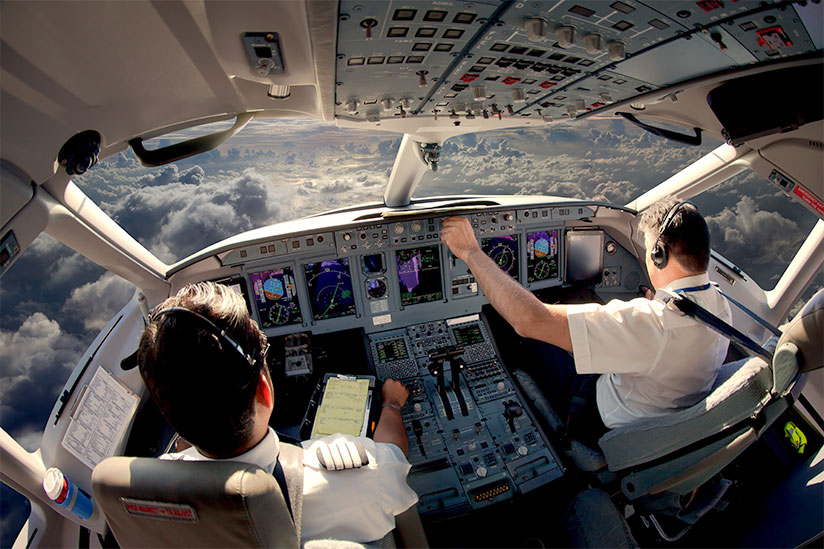 Flight crew performance is influenced by crew role assignment, and performance appears to suffer when the captain is the pilot flying, according to a study by a team of researchers and pilots in Australia.1

A report on the study, published online in April in Aviation Psychology and Applied Human Factors, said that the researchers found that crew role assignment affects flight monitoring, situational awareness (SA) and decision making. Task loading, the relative expertise of each crewmember, and the status and authority gradient also play a part.

“In particular, task loading and relative expertise may inhibit adequate monitoring performance, while status and authority factors may prevent the PM [pilot monitoring] communicating any observations or concerns,” the report said. “This sets up both pilots to have deficient SA, the foundation upon which decision making is conducted. Flawed decision making then leads to reduced safety margins, further errors, unsafe acts and, ultimately, risk of accidents or incidents.”

Overall, the report concluded, “our findings suggest that the traditional paradigm of the captain as pilot in control appears to place more obstacles in the pathway to achieving an effective pilot in command.”

The researchers described the captain–first officer team as unique, in that the team leader also participates in the active control of the aircraft.

“In other comparable domains of high complexity, this appears to often not be the case,” the report said, referring to the roles of ship captains, control center supervisors and military commanders. 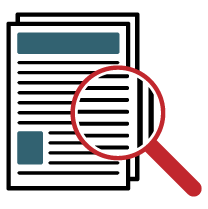 The study was based on a review of earlier research on flight safety and crew role assignments in air transport operations. For the most part, the selected studies were published in English between 1990 and 2015, dealt with flight crews in multicrew air transport operations and used quantitative measures. Reports on 673 studies were scanned, and of these, 16 reports that described 18 studies — including Flight Safety Foundation’s 2014 report on flight path monitoring2 — were considered directly relevant and selected for further analysis.

The review of the studies found a range of evidence of the effects of crew role assignment on crew performance factors affecting flight safety, which researchers classified into themes of monitoring, SA and decision making, the report said.

Most of the research used monitoring to measure performance affected by crew role assignment, the report said. 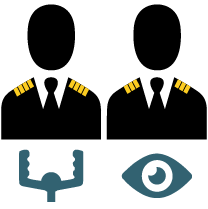 The researchers noted that a 2010 study had found that captains and first officers were equally unlikely to challenge errors by the PM — a finding that the report said “suggested that both the low likelihood and equality may simply reflect the inherent workload of the PF [pilot flying] and the subsequent low priority (either intentionally or unintentionally) given to monitoring the PM’s actions.”

The report noted that some past studies identified the PF’s workload as “a performance-degrading factor” while others suggested that less experienced first officers tried to “look competent,” which led to “overloading themselves and degrading their PM duties.”

The report added, “This implies that simply assigning PM to a junior first officer may be an adverse factor.”

Although captains and first officers recorded similar error rates, earlier studies found that captains detect errors at a greater rate than first officers, the report said, adding that this may explain why PM failures were cited as major factors in a sample of accidents in which the captain was the PF.

“Furthermore, relative inexperience may contribute to first officers incorrectly apportioning risk, not recognizing available options or underestimating the time available when faced with a threat as PM,” the report said. Their relative inexperience may lead first officers to err in their estimates of risk, to fail to identify available options, to underestimate the time available to respond, or to doubt their judgment, the report added, noting that these factors led to breakdowns in the performance of PM duties.

“It is clear even in the absence of the adverse effects of task overload and relative expertise (such as with more expert first officers) that the relative status and authority gradient between the two pilots remains a factor,” the report said.

The document cited earlier studies that found that first officers typically have a tendency to doubt themselves, that captains are presumed to be competent and that “a de facto superior status” accompanies whichever pilot is the PF.

“This implies that a first officer is faced with potentially not one but two obstacles to challenging a captain at the controls,” the report said.

“This inherent challenging difficulty was found in a number of the other qualifying studies, citing career pressure … or sensitivity to even subtle dismissive comments by, or silence of, the captain … as factors.”

A 1998 study found an increase in assertiveness by the PM when he or she observed an external threat rather than a situation that might have involved challenging an error by the PF, the report said, adding that overall, a lack of assertiveness or lack of corrective action by the first officer was characterized as significant in a majority of the studies that focused on a review of accidents and incidents.

The study found that crew role assignment affected SA because of the same factors — task overload and cognitive tunneling, the first officer’s lack of expertise and the PM’s failure to draw the PF’s attention to important information.

If the captain lost SA, that condition was likely to also affect the first officer, the report said, noting that the captain had significantly more difficulty maintaining SA when overloaded with tasks.

A 1998 study found that in cases of high situational complexity, crew effectiveness suffered when the captain was the PF, the report said.

“While the time taken for a decision might be a questionable measure of efficacy, the increased time taken by captains when PF … may be a symptom of the cognitive burden of aircraft control taking its toll on the captain’s decision-making processes,” the report said. 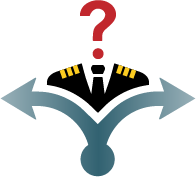 Overall, the report added, “PF duties involve cognitively demanding tasks that detract from monitoring, SA and decision-making performance. As a result, the PF is less likely to be able or inclined to correct or challenge PM errors. This is, of course, layered on top of any status effect between the two pilots that might further inhibit challenge behaviors.”

Because the pilots’ expertise is critical in a flight crew’s ability to monitor flight performance, comprehend the situation and react correctly, the report said, “it appears placing a first officer in the position of PM put the crew at an inherent disadvantage, which is exacerbated when workload, task complexity or differences in status or expertise [are] appreciable.”

The report said that a review of similar studies in other areas — including air traffic control, medicine, fire fighting, police work and the nuclear power industry — yielded similar results.

For example, two studies found that nurses and junior doctors experienced “inhibitions in raising concerns to a superior,” and a third study found that in the nuclear power industry, supervisors needed to “step back from active operation … in order to maintain sound SA, decision making and communication.”

Limitations of the study and of the previous studies that were the subject of the researchers’ review demonstrate the need for further investigation of the subject, the report said. It suggested a reexamination of strategies intended to improve the performance of first officers in the PM role and of the policies that place captains in the PF role. Risks associated with captains serving as PM should be identified and addressed through specific training, the report said.

“At the very least,” the report concluded, “guidance for when a captain’s delegation of the PF is and is not appropriate should be formulated: what cues or threats would indicate it, when and how a handover of control (i.e., switching from PF to PM) should be made, as well as any general principles that should be applied.”

The original version of this article contained, in the penultimate paragraph, a sentence that incorrectly described a recommendation included in the report. With the correction included, the sentence now reads: Risks associated with captains serving as PM should be identified and addressed through specific training, the report said.

Eye-tracking technology is seen as a key to detecting persistent scanning errors.

Investigators cite ineffective monitoring and failing to acquire outside visual references as factors in the 2013 crash of a North Sea Super Puma.