Acting after an in-flight upset of a Boeing 747 during a flight from Melbourne, Australia, to Beijing, Qantas has developed additional training on complex stall warning recovery events for 747 pilots undergoing recurrent training, the Australian Transport Safety Bureau (ATSB) says.

The ATSB said in its final report on the incident, released in late March, that after the April 7, 2017, incident involving a Qantas 747, the airline retrained all 747 flight crews in stall warning recovery scenarios, changed ground school lesson plans to “ensure flight crews were adequately prepared to recover from stall warning activations at high altitudes or with engine power above idle,” and modified flight crew training manuals.

The measures also were applied to Qantas 737s and 787s, the ATSB said.

The 2017 incident occurred about 110 km (59 nm) southeast of Hong Kong during descent, after air traffic control told the flight crew to hold at a waypoint.

“When entering the holding pattern, the aircraft’s aerodynamic stall warning stick shaker activated a number of times and the aircraft experienced multiple oscillations of pitch angle and vertical acceleration,” the ATSB said.

Several passengers and flight attendants received minor injuries when they struck the ceiling or cabin furnishings during the upset, the ATSB said.

“The ATSB found that while planning for the descent, the flight crew overwrote the flight management computer-provided hold speed,” the agency said. “After receiving a higher-than-expected hold level, the flight crew did not identify the need to reevaluate the hold speed. This was likely because they were not aware of a need to do so, nor were they aware that there was a higher hold speed requirement above Flight Level 200 [approximately 20,000 ft.]”

The report said that, before the 747 entered the hold, the speed was below both the selected airspeed and the minimum maneuvering speed, but “the crew did not identify the low speed as their focus was on other operational matters.”

The investigation also determined that the pilot flying, in an attempt to keep the airplane in the holding pattern, had tried to halt the rate of descent before completing approach to stall actions; the pilot monitoring did not call out these actions.

The investigation concluded that the flight crew had “limited training and guidance for stall warning recovery techniques at high altitude or with engine power above idle. Inconsistencies were also found in flight crew training of the awareness of the need to reevaluate holding speed when there are changes in altitude, especially above Flight Level 200.”

Reports of laser strikes on U.S. aircraft decreased in 2018 for the second straight year, down 23 percent from a peak in 2016, the U.S. Federal Aviation Administration (FAA) says.

The FAA said that despite the decline in reports, the number of reported incidents remains “substantial.”

Lasting eye damage from laser illumination of an aircraft cockpit is rare, but distraction and temporary visual disruptions are far more frequent, authorities have said. Among the temporary visual problems are flash blindness (momentary visual impairment resulting from a bright light that overwhelms the eyes), blurred vision, dazzle (intense glare), headache and discomfort in the eyes.

Individuals who purposely aim a laser at an aircraft are subject to civil and criminal penalties. In addition to the FAA, other federal, state and local law enforcement agencies also pursue cases against individuals for laser attacks on aircraft.

The FAA and law enforcement authorities have attributed the thousands of reports to greater awareness among pilots of the laser strike–reporting program, the easy availability of inexpensive laser devices, stronger power levels that enable laser beams to reach higher altitudes and the increased use of green laser beams, which are more visible than red beams to the human eye.

The FAA offers several methods of reporting laser incidents, including by radio to air traffic control, by using a mobile device or by downloading the FAA’s Laser Beam Exposure Questionnaire. https://www.faa.gov/aircraft/safety/report/laserinfo/

Flight Safety Foundation and Aireon have agreed to collaborate on a plan to use spaced-based automatic dependent surveillance–broadcast (ADS-B) data to develop, share and identify safety risks in global airspace. The information will be used to inform emerging issues.

Under a new phase of the Foundation’s Global Safety Information Program (GSIP), the Foundation will oversee the development of safety performance indicators (SPIs) and other important safety metrics and analytics using space-based ADS-B data.

In an announcement in March at the World ATM Congress in Madrid, Foundation President and CEO Dr. Hassan Shahidi said that Aireon’s ADS-B data “is a key component of the operational information needed to produce safety performance knowledge, which can provide new insights into safety of operations in all regions around the world.”

The Foundation plans to build on the global risk areas identified as part of GSIP and will focus the initial space-based ADS-B–derived SPIs on risks in approach and landing, loss of separation and surface safety.

Aireon CEO Don Thoma said he was pleased that the Foundation’s plan would apply Aieron’s space-based ADS-B data in “an impartial and independent manner to further enhance aviation safety globally.”

In the near term, the Foundation will institute an oversight and governance process for handling the data and establishing partnerships to develop SPIs and safety insights. The derived safety performance indicators will be made available to industry stakeholders as part of the Foundation’s activities. 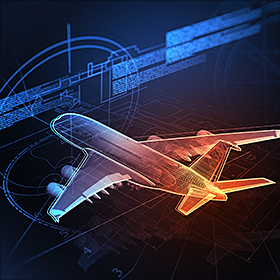 With rapid growth and digitalization changing the face of aviation, the aviation community must embrace “a transformative evolution in how we exchange information and manage our airspace,” Olumuyiwa Benard Aliu, president of the Council of the International Civil Aviation Organization, says.

“We must help to foster innovation in all its forms but at the same time safeguard the basic interoperability that has made air transport such an incredible force for peace, prosperity and economic growth in the world,” he said. “As aviation leaders, we also have a very critical responsibility to ensure that there are sufficient numbers of skilled personnel to manage this increasingly complex technological foundation for 21st-century aviation.”

He added that a key challenge for ICAO will be to identify “convergent and global aviation solutions” that can be applied to local challenges.

The industry must manage the influx of new technologies to ensure that their place in the industry is properly managed.

“If we don’t meaningfully engage the many new entrants to aviation and address the associated risks, it could lead to a degradation in the level of safety which is the hallmark of air transport, and it could also make ours the first generation to not pass along to the next the single, interoperable sky which we have worked so hard to achieve together and which provides so many global benefits today in terms of connectivity, peace and prosperity.”

Flight Safety Foundation and the International Air Transport Association (IATA) have reached agreement on a plan calling for a data-driven approach to enhancing aviation safety worldwide.

In an announcement in March at IATA’s Safety and Flight Ops Conference 2019 in Barcelona, Foundation President and CEO Dr. Hassan Shahidi said, “The global aviation industry will benefit from increased cooperation and greater engagement between the Foundation and IATA, and from a pooling of expertise and data analysis that will enable more effective risk identification and mitigation.”

The two organizations also announced that IATA would become a Foundation Benefactor member, joining an elite group of members in helping to shape the Foundation’s strategy as partners in its mission to connect, influence and lead global aviation safety.

Gilberto Lopez Meyer, senior vice president, Safety and Flight Operations, at IATA, said that his organization’s enhanced status within the Foundation would enable IATA to “contribute more fully to global aviation safety through a deeper, stronger involvement in driving aviation efforts within the industry and providing leadership for the future direction of global aviation safety.”

The U.S. Federal Aviation Administration (FAA) has proposed a $161,500 civil penalty against Redtail Air, which the FAA says operated a Cessna 207 on more than 100 flights in early 2018 while it was not in airworthy condition. The FAA also alleges that the company failed to perform maintenance on the airplane’s damaged horizontal stabilizer. The agency said that Redtail “has been in communication with the FAA” about the matter.  … The Australian Civil Aviation Safety Authority (CASA) says it has now issued 11,000 remote pilot licenses and more than 1,500 remotely piloted aircraft operator certificates. Luke Gumley, CASA’s branch manager for remotely piloted aircraft systems, told an Australian Association for Unmanned Systems conference in Melbourne that the integration of drones into Australian airspace should “provide sufficient flexibility for innovation in the remotely piloted aircraft systems industry without adversely affecting other airspace users, the traveling public or posing unacceptable risks to people or property on the ground.”