Manufacturers of U.S. transport category airplanes are being required to ensure that their aircraft can be operated safely in freezing drizzle or freezing rain — environments that produce “supercooled large drops (SLD)” — and in ice crystal conditions.

In a final rule issued in November, the U.S. Federal Aviation Administration (FAA) said that SLD, which is “less common than standard, small droplet icing,” can cause the formation of ice that “exceeds the capability of current ice protection systems.” A buildup of SLD can affect airplane handling characteristics. 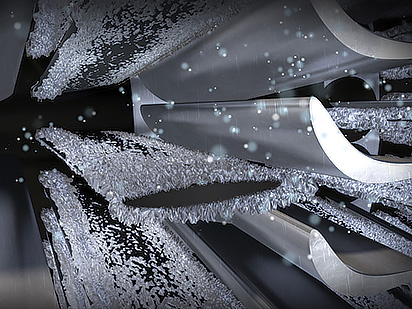 Ice crystals, typically encountered while flying around thunderstorms, can accumulate on external air data sensors or in aircraft engines.

The FAA said that the rule, which applies to new aircraft certification projects, will require changes in the icing certification requirements for engines, engine installations and some airplane systems on transport airplanes to ensure that they will perform in freezing rain, freezing drizzle and ice crystal conditions.

Another provision, which applies to aircraft with takeoff weights of less than 60,000 lb (27,216 kg), calls for additional airplane performance and handling qualities in SLD conditions.

MedStar Health, a Washington, D.C.,-area health care provider, faces a $168,000 civil penalty for what the U.S. Federal Aviation Administration (FAA) says were violations of hazardous materials regulations in its shipment of 180 lithium-ion batteries.

The FAA says that MedStar Health packed the batteries in a plastic bag “in a manner that failed to prevent possible short-circuiting,” placed the bag in a cardboard box and turned the box over to FedEx without labeling the package as “being suitable for transport by cargo aircraft only.”

MedStar Health has 30 days to respond after its receipt of the FAA’s proposed penalty letter.

The U.S. National Transportation Safety Board (NTSB) has rejected an unmanned aircraft system (UAS) operator’s claim that the Federal Aviation Administration (FAA) had no legal authority to regulate the flight of his 4.5-lb (2-kg) model aircraft, instead reaffirming FAA jurisdiction over “any aircraft, manned or unmanned, large or small.”

The NTSB opinion, issued in mid-November, threw out an administrative law judge’s March 2014 order, which had said that the FAA was acting outside its authority when it issued a $10,000 civil penalty against the UAS operator, Raphael Pirker, for what it said was “careless or reckless operation of an unmanned aircraft.”

The FAA issued the civil penalty as a result of Pirker’s June 27, 2013, operation of a Ritewing Zephyr on a photo mission around the University of Virginia campus in Charlottesville, Virginia, at altitudes ranging from 10 ft to 1,500 ft. The FAA complaint said Pirker was being paid to gather photos and video, and that he had operated the UAS aircraft “directly towards an individual … on a sidewalk,” through a tunnel filled with moving vehicles, below tree-top level above a walkway, and “within approximately 100 ft [30 m] of an active heliport.”

The law judge had agreed with the operator that U.S. Federal Aviation Regulations (FARs) Part 91.13(a), which prohibits operation of “an aircraft in a careless or reckless manner so as to endanger the life or property of another,” did not apply to the small UAS because it was a “model aircraft,” not an “aircraft.”

The NTSB, however, said that Pirker’s UAS vehicle fit the definition of aircraft used in the FARs — “a device that is used or intended to be used for flight in the air.”

The remaining question, the NTSB said, is whether the vehicle was operated in a way that was “careless or reckless.” The NTSB order returned the case to the law judge to make that determination.

In related action, the FAA issued a notice to airmen in late October reiterating the ban on flights below 3,000 ft above ground level above large stadiums hosting sporting events by any aircraft — including “unmanned aircraft and remote controlled aircraft.” The FAA’s action followed reports of unmanned aircraft being operated above a number of stadiums where college football games were in progress.

Transport Canada says it has taken steps to simplify rules governing the operation of small unmanned aircraft systems (UAS) vehicles and to ease their integration into Canadian airspace. 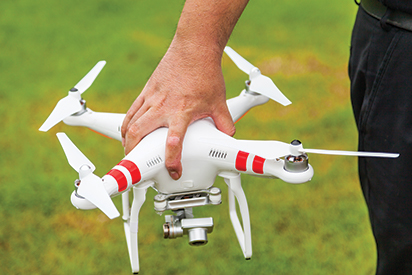 TC said that the changes, which took effect in November, “contribute to a strong safety regime for those on the ground and in the skies.”

The agency’s instructions added that, “once the changes come into effect … operators must check on Transport Canada’s website if the exemptions apply to them and respect specific safety conditions, including requirements to operate within visual line-of-sight, maximum altitudes and away from built-up areas and aerodromes.”

The agency also noted that it has begun a national safety-awareness campaign for UAS to help Canadians understand the risks and responsibilities of UAS flight. 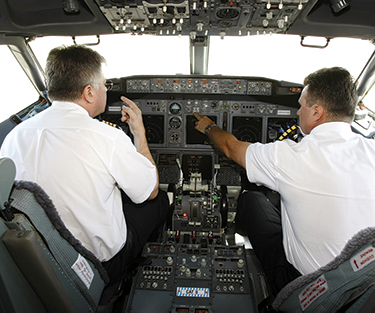 The U.K. Civil Aviation Authority (CAA) has begun an initiative to improve crew resource management (CRM) through the release of new training videos that discuss human factors issues in the cockpit.

The training effort was prompted by the findings of researchers from the CAA and the aviation industry whose analysis of 250 large public transport aircraft accidents worldwide showed that 28 percent of fatal accidents involved flight-handling issues and 24 percent involved inappropriate flight crew actions.

“An airline’s CRM training is now, therefore, a vital part of its overall safety strategy,” the CAA said.

The videos are available free on the CAA website at <www.caa.co.uk/humanfactors> and on the CAA YouTube channel <www.youtube.com/UKCAA>.

Most collision-alert warnings were routine, were not associated with a separation loss and did not result in a missed approach or go-around, the ATSB said, adding that they most commonly occurred in Sydney. Most control issues were reported by a single airline, and a number of them involved uncommanded pitch-down events or descents in Fokker 100s or uncommanded forward and aft movements of the control column, also in Fokker 100s, the agency said, adding that it was notifying all Australian Fokker 100 operators of the trend.

The agency cited the warnings, as well as the control issues, as examples of its proactive trend-monitoring program, designed to identify subtle changes that might point to a larger issue involving aviation safety. 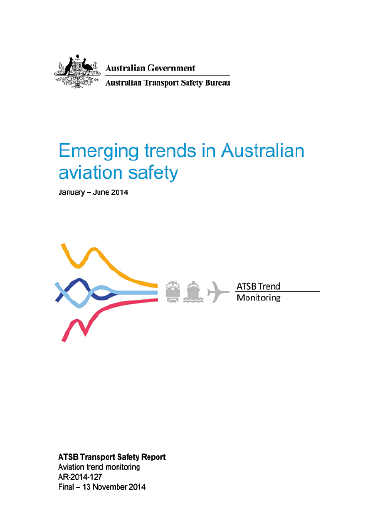 “ATSB trend monitoring reviews the rate of reported aviation occurrences (per 100,000 departures or hours flown) biennially and compares it to the five-year average,” the agency said.

“Further analysis can show what aircraft models, operators or locations account for most of the difference and whether this has been a long-term trend or just a spike. … Sometimes increases are solely due to a good reporting culture; sometimes because of changes to operations, aircraft or regulations; and sometimes, there is no apparent explanation.”

Nevertheless, the ATSB added, in most cases, a significant difference in the occurrence rate can be explained, and in most cases, there is no imminent safety risk. Safety action in response to identified trends can include obtaining more information from an operator or industry group, reporting the data to the Civil Aviation Safety Authority or Airservices Australia, or monitoring new reports of similar occurrences.

Former Delta Air Lines executive Ken Hylander has been named the new chairman of the Flight Safety Foundation Board of Governors. Hylander, who has been chair-elect since November 2013, succeeds David McMillan, former director general of Eurocontrol, who had been chairman since 2012. … Mark Skidmore, a former director of flight operations for Raytheon Australia and a former Air Commander for the Royal Australian Air Force, has been named to a five-year term as director of aviation safety at the Australian Civil Aviation Safety Authority.