Most U.S. commercial airlines have been given until 2018 to implement safety management systems (SMS), according to new rules issued by the U.S. Federal Aviation Administration (FAA) in early January.

Under SMS, airlines use a set of business processes and management tools to examine data collected during routine operations, identify trends that might eventually lead to accidents or incidents, implement corrections to mitigate risks, and monitor the program’s effectiveness.

The FAA stressed that SMSs will be implemented in addition to — not in place of — “regular FAA oversight, inspection and audits to ensure compliance with regulations.” The provision allows each air carrier to develop an SMS “to match the size, complexity and business model of its organization,” the FAA said.

Under the new rule, the airlines will be required to submit SMS implementation plans to the FAA within six months and to accomplish the implementation within three years.

A 2010 law required the FAA to develop a rule requiring most U.S. commercial airlines to adopt an SMS. The requirement is consistent with International Civil Aviation Organization standards.

An Air Methods pilot who was fired after refusing to fly an emergency medical services helicopter that he considered unsafe has been ordered reinstated by the U.S. Labor Department’s Occupational Safety and Health Administration (OSHA). 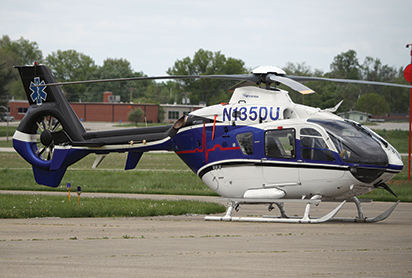 The pilot — based in Lucasville, Ohio, and not identified in an OSHA statement announcing the agency’s action — turned down a July 30, 2013, night flight over mountainous terrain because the helicopter had a faulty emergency locator transmitter, OSHA said. He was placed on administrative leave the next day and fired on Aug. 5, 2013, the agency said.

OSHA offered no additional details about the helicopter or the planned mission.

In its January order, OSHA directed Air Methods — the largest provider of air medical transportation services in the United States — to reinstate the pilot, to pay $158,000 in back wages and $8,500 in damages, and to remove any associated disciplinary information from the pilot’s personnel records. OSHA also told the company to provide information to all employees about whistleblower rights.

“Pilots should never have to choose between the safety of themselves and their passengers, and their job,” Nick Walters, OSHA regional administrator in Chicago, said. “Whistleblower protections are critical to keeping workplaces safe. Disciplining an employee for following safety procedures is illegal and puts everyone at risk.”

The U.S. Federal Aviation Administration (FAA) has asked the nation’s law enforcement agencies to help identify the operators of unmanned aircraft systems (UAS) who “don’t follow the rules of the air or who endanger the nation’s airspace.”

The FAA said its action was prompted by the recent proliferation of small, relatively inexpensive UAS aircraft. 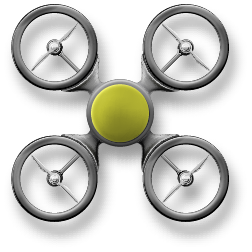 The agency said it has supplied law enforcement agencies nationwide with guidance that explains what constitutes legal operations by UAS and what legal enforcement actions can be taken against unauthorized operators or those who fly their aircraft unsafely.

“State and local police are often in the best position to immediately investigate unauthorized UAS operations and, as appropriate, to stop them,” the FAA said.

The agency added that the guidance singles out several areas in which first responders and others can help the FAA, including viewing and recording the location of events involving unauthorized or unsafe UAS use, identifying and interviewing potential witnesses, collecting evidence, and contacting suspected operators.

The FAA said its goal is to “promote voluntary compliance by educating individual UAS operators about how they can operate safely under current regulations and laws.” Nevertheless, the guidance “makes clear the agency’s authority to pursue legal enforcement action against persons who endanger the safety of the National Airspace System.” 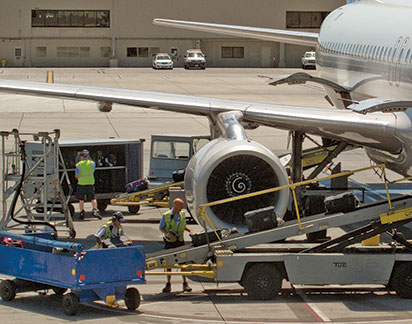 As an example, a recent report from the ATSB cites an error by baggage handlers in Bali, who miscalculated the number of bags being loaded onto a commercial Boeing 737 flight to Melbourne, Australia.

“The total number of bags loaded was 189, instead of 93, with an estimated additional weight of about 1,600 kg [3,527 lb],” the ATSB said. “The load control team leader assessed the additional baggage weight [as] acceptable, that adequate fuel had been uploaded to [accommodate] the extra weight and elected not to advise the flight crew of the discrepancy.”

The flight arrived safely in Melbourne, but if the flight crew had known about the additional weight, they would have slightly increased their approach speeds, which were based in part on the weight entered into the flight management computer before departure, the ATSB said.

The agency noted that data input error is one item on its Safety Watch — a list of critical safety issues in transportation.

The agency cited two other recent incidents. The first involved an Airbus A330 that flew from Perth to Brisbane with 1,467 kg (3,234 lb) of unrecorded cargo that should have been offloaded in Perth. The second involved a miscalculation of a Fairchild SA227’s center of gravity before a rejected takeoff from Rockhampton.

The European Commission, citing recent turmoil in Libya, has banned all of that country’s airlines from operating in European airspace.

“The [Libyan] Civil Aviation Authority is no longer able to fulfill its international obligations with regard to the safety of the Libyan aviation sector,” said Violeta Bulc, European Union (EU) commissioner for transport.

With the addition of Libyan airlines, the EU Air Safety List includes 310 banned airlines. The list includes all airlines certified in 17 countries; most airlines in four other countries, where specific exceptions have been granted; and two individual airlines.

In addition, 10 airlines are authorized to operate subject to restrictions that allow them to fly in European airspace only with specific aircraft types.

Bulc said that several countries with air carriers on the list — especially the Philippines, Sudan, Mozambique and Zambia — have made progress that might lead to an easing of the restrictions that affect them.

The NTSB’s comments were contained in its final report, released in December, on the Jan. 7, 2013, fire in a lithium-ion battery in a Japan Airlines Boeing 787 parked at a gate at Boston Logan International Airport after a flight from Tokyo. The 194 passengers and crewmembers had deplaned before the fire broke out, and none of the maintenance or cleaning personnel in the airplane was injured.

The NTSB said that “shortcomings in design and certification” led to the fire and identified as the probable cause “an internal short circuit within a cell of the APU [auxiliary power unit] lithium-ion battery, which led to thermal runaway that cascaded to adjacent cells.”

The 15 recommendations to the FAA called for “more effective oversight of production approval holders and their suppliers … to ensure that they adhere to established manufacturing industry standards” and for development of design safety standards that “include measures for identifying and minimizing potential sources of heating that consider the range of operating temperatures and the most extreme electrical currents that the battery could be expected to experience during repeated charge and discharge cycles.”

The NSTB also recommended that Boeing strengthen its process for developing safety assessments that involve new technology and that GS Yuasa Corp., the battery manufacturer, review its manufacturing processes to minimize defects involving battery cell safety and ensure that employees are trained to identify and eliminate such defects.

The Transportation Safety Board of Canada (TSB), concerned about deaths in air taxi accidents that account for 65 percent of all Canadian commercial aviation fatalities, is beginning an investigation of safety issues in air taxi operations. 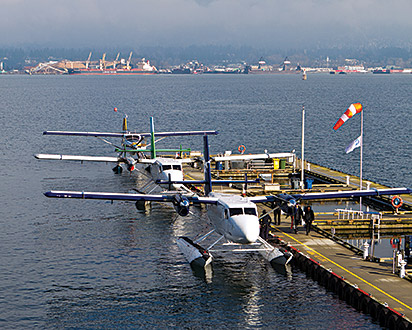 TSB Chair Kathy Fox said in November that the safety issues investigation of persistent risks in air taxi operations would begin early in 2015.

“The air taxi sector of the aviation industry has seen 175 deaths over the last 10 years … and we need to determine why,” Fox said. “We’ll be analyzing historical data and case studies of selected accidents in Canada, as well as occurrences from other nations.”

The TSB noted that, in individual air taxi accident investigations over the last 10 years, it has cited a number of contributing safety issues, including “inadequate risk analysis of operations, crew adaptations from standard operating procedures, pilot decision making, and deficiencies in operational control, especially in self-dispatch operations.”

According to Canadian Aviation Regulations, air taxi operations involve non–turbojet single- and multi-engine aircraft with a maximum certificated takeoff weight of 19,000 lb (8,618 kg) and seats for no more than nine passengers.

The European Aviation Safety Agency says it will investigate — at the request of the European Commission — a recent series of near-midair collisions involving European passenger airplanes and unidentified military aircraft with inoperative transponders. The occurrences have been reported over ocean waters at European Union borders. … Estonia has joined Eurocontrol as the 41st member state, and the last of the 28 European Union states to join. … Flight Safety Foundation’s Basic Aviation Risk Standard (BARS) program has completed its 300th safety audit. The audit — of Airlines PNG, a domestic operator in Papua New Guinea — was conducted late in 2014. The BARS program was developed in conjunction with the on-shore resource industry, which had identified the need for a common global aviation safety audit protocol in this sector of aviation.