According to a notice published in the Federal Register in early July, the changes would “result in a safety benefit by reducing the likelihood of a fatal accident from a fire in an inaccessible area.” That likelihood has increased in recent years, partly because of the growing presence of lithium ion batteries to power personal electronic devices, the notice said.

The FAA said that the standards would apply to “any extensively used material in an inaccessible area” such as insulation, electrical wiring and cargo compartment ceilings and floor liners.

The notice said that the proposed amendment would divide the standards into two categories, one involving in-flight fires and the other, post-crash fires.

The amendment also would remove an existing requirement for specific methods of testing fire protection standards involving materials used in aircraft interiors and instead allow companies applying for airworthiness certificates to demonstrate compliance with the standards without conducting the tests or by providing an independent substantiation of the materials’ flammability characteristics. The change would “eliminate unnecessary testing, increase standardization and improve safety,” the FAA said in the Federal Register notice, adding that simplification of the requirements is possible “from a safety perspective, because of other proposed changes that would compensate for removing requirements.”

The proposed rule would organize fire protection requirements according to the type of fire (in-flight or post-crash) that is considered likely to affect a particular component or material, “rather than basing such standards on the part’s composition or function,” the notice said.

The FAA was accepting public comments for 90 days after the July 3 publication of the proposal.

The global aviation industry is expected to need 804,000 new civilian pilots over the next 20 years, along with 769,000 new maintenance technicians and 914,000 new cabin crewmembers, Boeing said in its annual Pilot & Technician Outlook, released in mid-July. 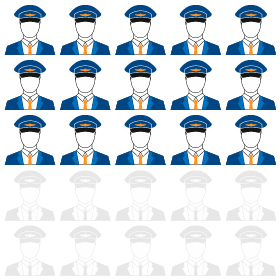 The projections apply to commercial aviation, business aviation and the civil helicopter industry.

Boeing’s report said that the demand will result from the growth of the aircraft fleet, as well as retirements and attrition of personnel.

“Meeting this strong demand will require a collective effort from across the global aviation industry,” Boeing said. “As several hundred thousand pilots and technicians reach retirement age over the next decade, educational outreach and career pathway programs will be essential to inspiring and recruiting the next generation of personnel.”

A study of the medical records of 20,000 Australian pilots shows that they apparently are at no greater risk of invasive melanoma than members of the general population.

A report on the study — published in the June issue of Occupational and Environmental Medicine and summarized in the June issue of The CASA Briefing, issued by the Australian Civil Aviation Safety Authority (CASA) — said the findings differed significantly from the results of older research conducted in the Northern Hemisphere. The North American studies, based on data collected between the 1940s and the early 2000s, showed that pilots from Europe and North America faced an elevated risk of melanoma.

But CASA quoted the report’s lead author, Catherine Olsen of the QIMR Berghofer Medical Research Institute in Brisbane, Queensland, Australia, as saying the research found that Australian pilots experienced no more melanomas on the head, neck or arms than members of the general population. An increase in the numbers of these melanomas would have been expected “if sun exposure in the cockpit was a driving factor,” Olsen said.

“Today’s pilots work in different conditions and may have different lifestyles,” Olsen said. “In the 1950s, pilots may have had longer layovers, often in sunny locations, and they likely had much higher recreational sun exposure, but now, current practices don’t really allow that.”

Today’s pilots fly more frequently than their counterparts several decades ago, and conditions inside airliners also have changed, she said, adding that “levels of short-wave solar ultraviolet radiation, the kind associated with melanoma, are mostly extremely low on today’s airliner flight decks.”

Past studies have generally concluded that, although crewmembers faced no elevated risk of cancer, the risks were higher for skin cancers, including malignant melanoma, and, for female crewmembers, breast cancer. 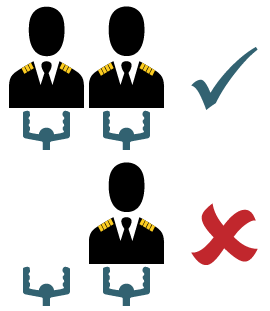 Operating airliners with single pilots would create safety risks that outweigh any potential benefits, including cost savings, according to a report from the Air Line Pilots Association, International (ALPA).

The ALPA White Paper: The Dangers of Single-Pilot Operations, released in mid-July, said that most proposals to reduce the size of the typical two-pilot flight crew emphasize the cost savings that would result.

“However,” the report said, “the current body of evidence and experience, including more than a decade of study by the [U.S.] National Aeronautics and Space Administration (NASA) and the [U.S.] Federal Aviation Administration (FAA), shows that the safety risks and challenges associated with single-pilot operations far outweigh its potential benefits.”

Single-pilot operations constitute “a risk not worth taking,” the report added.

Much of the risk is associated with the increased workload for a single pilot, the elimination of “a critical layer of monitoring and operating redundancy in the cockpit” and the inability of a single pilot to handle many emergency situations, the report said.

Having two pilots seated side by side enables close coordination, the report said, citing NASA research that found that coordination suffers when pilots are separated ─ for example, if one pilot is operating from a remote setting. “These studies found instances of confusion increase when pilots are not co-located and that replacing nonverbal cues with verbal communications adds an impractical number of tasks to the pilot’s workload,” the report said.

In addition, the report said, the incapacitation of the pilot during single-pilot operations “could be catastrophic.”

The report also noted that public opinion overwhelmingly favors keeping two pilots in the cockpit. A 2018 survey concluded that 80 percent of the U.S. public supported the idea of “two pilots working together,” while 81 percent said they “would not be comfortable” in an airplane with no onboard pilots.

The Australian Civil Aviation Safety Authority (CASA) has reiterated its warning to operators and pilots of  Robinson R22 and R44 helicopters used in livestock mustering to be aware of engine problems that have affected some operators in northern Australia. 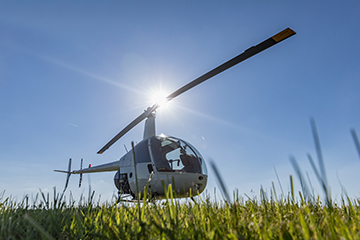 Premature engine intake and exhaust valve wear has been reported in an unspecified number of the helicopters, with the problems sometimes becoming apparent less than 100 hours after inspection, CASA said in updated information issued in late June.

The source of the problem is unknown, but CASA said it was working with the industry to identify a likely cause and with other government agencies to analyze and address the issue.

The industry group “is looking at a range of contributing factors, including the way the helicopters are operated, impact on fuel supply changes and carburettor changes,” CASA said, adding that five engine-monitoring devices have been installed in northern Australian mustering helicopters to enable a more comprehensive analysis of the problem.

“This is a complex issue that required usable data to assess possible causes,” the agency said. “Until these issues are resolved, mitigating maintenance actions are recommended.”

CASA said that intake failures occur because of an intake valve deposit buildup, which may be associated with extended ground operations in hot weather. The results can include induction backfire, loss of engine power and airframe yaw, possibly leading to “uncontrolled power and yaw issues.”

Exhaust valve wear may result in cracking at the edge of the valve face or separation of the valve head from the stem “with sudden and complete loss of cylinder compression and partial or complete engine failure,” CASA said.

The agency said that the helicopters are safe to operate, but that they must be flown within operating limitations and must receive appropriate maintenance.

The European Union Aviation Safety Agency (EASA) has moved to provide a framework for the development of hybrid and electric vertical takeoff and landing (VTOL) aircraft. EASA Executive Director Patrick Ky says that, by establishing a common set of conditions for certification, EASA will “enable a fair competition on the European market as well as clarity for future manufacturers and their investors.” … The U.S. Federal Aviation Administration has imposed new restrictions on drone flights above “national security–sensitive locations” and expanded its list of sites with that designation. … The U.S. Helicopter Safety Team is warning that fatal U.S. helicopter accidents are being reported at levels that could lead to between 30 and 35 accidents by the end of the year. Data show 15 fatal accidents, and 27 fatalities, were reported in the first six months of the year.

Egyptian accident investigators passed the investigation to judicial authorities because of evidence of a “malicious act.”