The U.S. Federal Aviation Administration (FAA) says Boeing has reported that a component on the wings of some 737s may not comply with strength and durability requirements.

The FAA said in early June that an investigation by Boeing and the FAA Certificate Management Office determined that up to 148 leading edge slat tracks are affected. The slat tracks, manufactured by a Boeing sub-tier supplier, are rail-like devices onto which the leading edge slats are mounted. 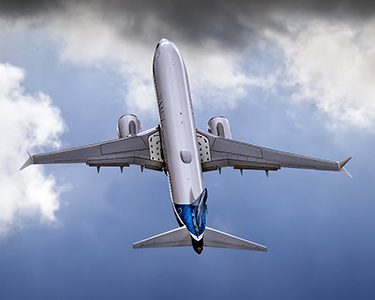 “The affected parts may be susceptible to premature failure or cracks resulting from the improper manufacturing process,” the FAA said. “Although a complete failure of a leading edge slat track would not result in the loss of the aircraft, a risk remains that a failed part could lead to aircraft damage in flight.”

The FAA said it would issue an airworthiness directive that will require operators of the affected airplanes to comply with Boeing’s instructions for identifying and removing the parts.

Boeing 737MAX airplanes have been grounded worldwide in the aftermath of fatal crashes last October in Indonesia and in March in Ethiopia.

Pilot distraction is the primary factor in airspace infringements in Australian airspace, according to a survey by Airservices Australia.

Most of the flights were private flights, and the pilots had an average of 3,052 flight hours, said a report by Airservices, published in the May issue of the Australian Civil Aviation Safety Authority’s (CASA’s) FlightSafety Australia magazine.

The findings were derived from an Airservices survey of pilots involved in airspace infringements. The survey was part of a joint effort by Airservices, CASA and the Australian Department of Defence to increase pilot awareness of the risks associated with airspace boundaries, especially with increasing numbers of drone pilots entering some sections of airspace.

In addition to pilot distraction, another frequent cause of airspace infringements was the misreading of charts, the report said, adding that most survey respondents said they flew “only occasionally in the area where they had the infringement, and most respondents were trying to remain outside of controlled airspace.” The report also noted that 71 percent of those surveyed said they used electronic charts, or both electronic and paper charts, with declining percentages still relying on paper charts alone.

Other frequently cited causes were heavy pilot workload, unexpected instructions from air traffic control and the incorrect use of equipment.

The downgrade means that, although Costa Rican carriers will continue existing service to U.S. airports, they will not be permitted to establish new flights to the United States.

The FAA said in mid-May that it had assigned a Category 2 International Aviation Safety Assessment (IASA) rating to Costa Rica — a designation meaning either that the country lacks the laws or regulations required for air carrier oversight “in accordance with minimum international standards” or that the civil aviation authority “is deficient in one or more areas such as technical expertise, trained personnel, record keeping or inspection procedures.”

Costa Rica had held a Category 1 rating since 1996, signifying that the DGAC complied with ICAO safety oversight standards. In October 2018, the FAA conducted a new assessment under the IASA program; officials discussed the results with the DGAC in February.

Under the program, the FAA evaluates civil aviation authorities in all countries with air carriers that conduct operations in the United States, participate in code-sharing agreements with U.S. partner airlines or that have applied to operate in the United States. The program examines whether the civil aviation authorities comply with ICAO safety standards, not FAA regulations.

In a speech before the Sixth ICAO AFRICA Aviation Week in late May in Kampala, Uganda, Liu said that the continent’s ongoing improvements in aviation safety, security and capacity are boosting not only air transportation but also socio-economic development.

She said that although Africa still must bring all of its nations up to global and regional aviation safety targets, the continent’s record is rapidly improving.

ICAO said that, in her discussions with Ugandan government officials, Liu emphasized the need for the government to provide the resources that will enable compliance with international aviation safety standards.

The recommendations, issued in late May, were contained in the ATSB’s final report on a Feb. 20, 2014, event involving a Virgin Australia Regional Airlines (VARA) ATR 72 being flown from Canberra to Sydney. The report said that while descending through 8,500 ft, the airplane encountered significant wind shear, followed by a decreased tail wind.

The two pilots “unintentionally applied opposing control inputs to their control columns while trying to ensure the aircraft remained below its maximum operating speed,” the ATSB said. “These differential forces activated the aircraft’s pitch uncoupling mechanism.” This led to a pitch disconnect, which meant each elevator could operate independently; the result was an aerodynamic load that exceeded the strength of the horizontal stabilizer.

The damage was not immediately detected, and the airplane was returned to service for 13 flights. A suspected bird strike prompted another inspection, which identified serious structural damage to the horizontal stabilizer, the ATSB said.

The ATSB’s recommendation to EASA said the agency should take “further action to review the current design standard … in consideration of [the] effect that dual control inputs may have on control of aircraft.”

The ATSB also issued two recommendations to ATR, including one calling on the manufacturer to “assess the operational risk associated with limited tactile feedback between left and right control columns in the context of no visual or auditory systems to indicate dual control inputs.”

The second recommendation called on ATR to “perform a detailed review of the effects of dual control inputs on the aircraft’s longitudinal handling qualities and control dynamics to determine if there are any detrimental effects that could lead to difficulty in controlling the aircraft throughout the approved flight envelope and operational range.”

A construction company has received a waiver from the U.S. Federal Aviation Administration (FAA) to operate a parachute-equipped drone above people.

The FAA said in early June that the Hensel Phelps Construction Co. of Greeley, Colorado, received the waiver to operate a DJI Phantom 4 drone contrary to the rules set forth in the U.S. Federal Aviation Regulations Part 107.

The FAA said that the waiver “represents the first time the FAA has collaborated with industry in developing a publicly available standard, worked with an applicant to ensure the testing and data collected acceptably met the standard and issued a waiver using an industry standard as a basis to determine that a proposed [small unmanned aircraft system] operation can be safety conducted under the terms and conditions of a waiver under Part 107.”

The FAA did not approve the parachute that will be used but determined that the proposed operation “could safely be conducted under the terms and conditions of a waiver,” the agency said. Other applicants planning to use the same types of drone and parachute also would be required to provide the documentation and other information in their waiver applications, the FAA added.

Some 127 airports in all 50 states and Puerto Rico are expected to share in $779 million in infrastructure grants being awarded by the U.S. Department of Transportation. Transportation Secretary Elaine Chao said in mid-May that the grants will help finance construction or equipment needed to increase the airports’ safety, capacity and security. … The European Union Aviation Safety Agency (EASA) and Eurocontrol have agreed to increase their cooperative efforts to support the implementation of the Single European Sky initiative. Eurocontrol said in a statement that it has been providing standards in support of Single European Sky “for many years, but with the evolution of the EASA regulatory framework into airports and air traffic management, including oversight, a closer relationship with EASA is essential.” … The Regional Airline Association has named Bill Whyte as its new vice president of aviation operations and technical services. Whyte most recently was the general manager of flight operations training at Compass Airlines; he previously held various positions with Independence Air and Atlantic Coast Airlines and was a career military pilot with the British Royal Air Force.