The United States is moving to bring its regulations for the transportation by air of lithium ion cells and batteries in line with international standards.

Under an interim final rule prepared by the U.S. Pipeline and Hazardous Materials Safety Administration (PHMSA), working with the Federal Aviation Administration, lithium ion cells and batteries will not longer be permitted as cargo on passenger aircraft, and new requirements would be established for those transported in cargo airplanes. 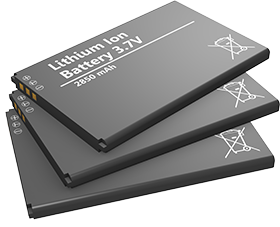 Limited exceptions will permit transportation in passenger aircraft of no more than two replacement lithium cells or batteries for use in medical devices. The interim final rule also will require that lithium ion cells and batteries be shipped aboard cargo aircraft “at not more than a 30 percent state of charge.”

The interim rule is intended to prevent an in-flight fire caused by thermal runaway, a chain reaction in which lithium battery cells overheat and burn, with flames spreading to adjacent battery cells and nearby flammable materials.

PHMSA says it has identified 13 incidents in air cargo transportation between 2010 and 2016 involving lithium batteries and smoke, fire, extreme heat or explosion that would have been affected by this rulemaking.

The rule, which is intended for publication on an unspecified date in the Federal Register and which will take effect upon publication, does not prevent passengers or crewmembers from boarding with personal items powered by lithium cells or batteries. It also does not prevent the transportation in cargo aircraft of lithium cells or batteries at greater than a 30 percent charge if they are packed with or contained in electronic devices.

The PHMSA said the early effective date of the rule was prompted by the risks of a lithium battery incident, a deadline for action that was included in recent legislation and the need to harmonize U.S. rules with International Civil Aviation Organization (ICAO) standards. The agency will accept public comments for 60 days after publication of the interim rule, and the measure may be amended later, PHMSA said.

The operating environment for air cargo operations is becoming increasingly challenging, with modernization of the industry essential for meeting the expected doubling of demand over the next two decades, the International Air Transport Association (IATA) says.

In remarks to the World Cargo Symposium, meeting in Singapore in early March, IATA Director General and CEO Alexandre de Juniac said his organization will emphasize the need to speed up process modernization, to ensure the implementation and enforcement of global standards and to keep borders open to trade.

Among the most critical standards will be those to regulate the safe transportation of lithium batteries, de Juniac said.

“Global standards are being ignored by rogue shippers,” he added. “And governments are not enforcing the rules. In some cases, we see more effort going into stopping counterfeit production of Louis Vuitton bags than lithium batteries. Both need attention. But lithium batteries are a safety risk. And we need governments to do better at enforcement.” 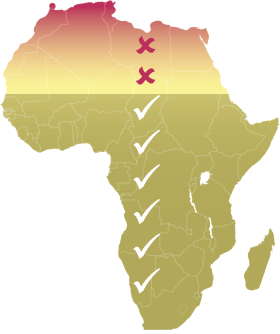 Despite improving safety records in African aviation, many nations on the continent have experienced difficulty in complying with the International Civil Aviation Organization’s (ICAO) standards and recommended practices, Barry Kashambo, ICAO regional director for eastern and southern Africa, says.

In remarks to an African civil aviation conference in Kigali, Rwanda, in late February, Kashambo said that countries should cooperate not only through multilateral organizations but also through regional coordination efforts that allow for the sharing of resources to prepare for growth.

“While many African states have now established effective safety and security oversight capacities in their territories, and no fatal accidents were recorded in either 2016 or 2017 here in Africa, ICAO audits of government oversight in these areas continue to reveal that a number of states are faced with challenges when it comes to assuring their ICAO compliance,” Kashambo said. “In order to address these shortfalls in a collective and sustainable manner, political and government commitments, coupled with a cohesive and focused approach involving all stakeholders, are key prerequisites.”

Compliance “underpins the safety, security and sustainability of international air connectivity” and is “key to accessing the global civil aviation network,” he said.

He noted that authorities are especially concerned about human resource development and that ICAO safety audits have identified a lack of adequately trained and qualified personnel as one of the greatest challenges facing African civil aviation. To address the problem, he called for increased investment in aviation training organizations and in the Association of African Training Organizations.

Nav Canada has determined that some of the country’s navigational aids — many VHR omnidirectional radios (VORs) and non-directional beacons (NDBs) — are no longer required and should be decommissioned.

The civil air navigation services provider said in Aeronautical Information Circular 6/19, issued in late February, that its study of requirements for VORs and NDBs concluded that “given the comprehensive radar surveillance coverage and the propensity of area navigation (RNAV) with global navigation satellite system (GNSS)–equipped aircraft, many navigation aids are no longer required and should be decommissioned.”

The Aeronautical Information Circular did not specify how many navigational aids would be removed during the program, which Nav Canada characterized as “extensive.” Removal of the aids is expected to take about seven years and to be implemented through 15 phases.

Planned improvements to helicopter terrain awareness and warning systems (HTAWS) will add between six and 30 seconds of warning time about a potential collision with an obstacle, terrain or water, according to HeliOffshore, an international organization focusing on safety in the offshore helicopter industry.

The organization said in early March that its HTAWS work group had reached an agreement calling for aircraft manufacturers to work toward implementing enhanced HTAWS software designed to reduce the risk of controlled flight into terrain.

Plans call for the series of improvements to begin with modification of alert envelopes on existing helicopter types, HeliOffshore said.

“Effective collision avoidance is fundamental to helicopter safety, and data now [show] us that by upgrading HTAWS, we can significantly strengthen the ability of pilots to do that,” said HeliOffshore CEO Gretchen Haskins. “That’s why it’s so important that we achieve implementation right across the offshore helicopter fleet.” 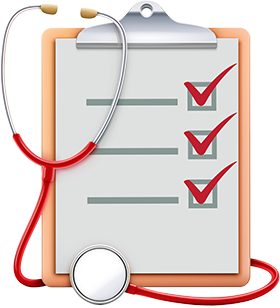 A report on the study (“Aviation Accident Causes Among Sport Pilots as Compared to Class 3 Private Pilots From 2004–2017”), which was conducted by John R. Mulvey, M.D., was published in the November issue of Aerospace Medicine and Human Performance. The study analyzed final reports from the U.S. National Transportation Safety Board (NTSB) on accidents and incidents that occurred from September 2004, when the sport pilot certification took effect, until June 2017; the events involved 161 sport pilots and 768 private pilots with third-class medical certificates. Medical causes were cited in six sport pilot accidents (3.7 percent) and 19 crashes involving pilots with third-class medicals (2.5 percent).

“The author only assigned a medical cause when NTSB did, either as a probable cause or as a contributing factor,” the report said. “There were [other] accidents in which there were medical issues, but the NTSB specifically stated that they could not attribute the accident to the medical condition.”

The most commonly cited medical conditions were arteriosclerotic coronary artery disease and arrhythmia (irregular heartbeat). Other conditions included use of sedating medications, uncontrolled diabetes and cataract-related deterioration of night vision.

“Medical incapacitation in this study represented a very small percentage of accident causes, but these accidents were usually fatal,” the report said. “The only exception in this set of data was a Class 3 pilot with insulin-requiring diabetes who made a precautionary landing in a field due to a hypoglycemic episode.”

The report also noted that one frequent cause of accidents involving pilots with third-class medicals — visual flight rules (VFR) flight that continues into instrument meteorological conditions (IMC) — was rare among sport pilots, possibly because a sport pilot is “not as likely to be using his or her aircraft on long trips and … less likely to be lured into ‘get-home-itis’ that causes VFR into IMC accidents.”

In the aftermath of last December’s 33-hour closure of London Gatwick Airport because of multiple drone sightings, the U.K. has expanded drone flight restriction zones around the country’s airports. … Aviation authorities in the U.K. and the United States have agreed to procedures to ensure continued cooperation on aviation safety matters if the U.K. leaves the European Union (EU) without a negotiated exit plan. The U.K. Civil Aviation Authority (CAA) said that CAA and U.K. Department for Transport agreements with the U.S. Federal Aviation Administration are one element of a package of contingency measures to be implemented in case the U.K. ends its membership in the European Union Aviation Safety Agency.