Pilots of some Boeing 787s are being cautioned against making abrupt flight control inputs in response to “an unrealistic sudden drop in displayed airspeed.”

The U.S. Federal Aviation Administration (FAA) said in early April that it is adopting a new airworthiness directive (AD) for all 787-8 and 787-9 airplanes, calling for revision of the airplane flight manual to instruct flight crews to avoid abrupt inputs, which the FAA said could exceed an airplane’s structural capability, “and to reinforce the need to disconnect the autopilot before making any manual flight control inputs.”

The FAA said the AD was prompted by “reports indicating that in certain weather conditions with high moisture content or possible icing, erroneous low airspeed may be displayed to the flight crew before detection and annunciation via engine indicating and crew alerting system (EICAS) messages.” The FAA added that it had received three reports of such in-service anomalies and that the agency and Boeing were continuing to investigate the problem.

“However, the anomalous behavior is consistent with significant water ingestion or simultaneous icing of two or three of the pitot probes,” the AD said. “During each of the reported events, the displayed airspeed rapidly dropped significantly below the actual airplane airspeed.”

The AD noted that, during normal operations, displays for both the captain and the first officer show the same airspeed, but during one of the in-service events, when the autopilot was engaged, the pilot “made significant nose-down manual control inputs” after observing the erroneous low airspeed on the display.

The FAA said it considered the AD to be an interim response and that Boeing was developing modifications that would address the problem. 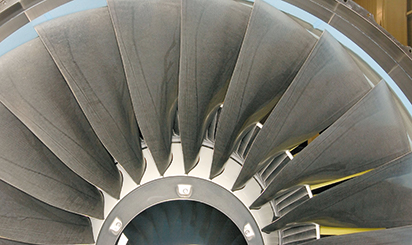 The proposed AD was published in the April 5 Federal Register. The FAA said it would accept public comments on the proposal until June 6.

The proposed AD calls for inspections of the high-pressure turbine stage 1 and stage 2 hubs in the affected engines and replacement of parts, if necessary. The FAA said the inspections are necessary to prevent failure of the hubs, “which could result in uncontained [high-pressure turbine] blade release, damage to the engine and damage to the airplane.”

The FAA’s action was prompted by a Sept. 18, 2014, incident in which a JetBlue Airbus A320 experienced an engine failure and under-cowling fire after departure from Long Beach, California, U.S. The crew returned to Long Beach for landing. None of the 147 passengers and crew was injured in the incident.

The U.S. National Transportation Safety Board said in its final report that the probable cause of the engine failure and fire was “the fatigue fracture of a high-pressure turbine stage 2 disk blade retaining lug.” When the lug fractured, it released two blades, which struck the low-pressure turbine case and broke a fuel line. Fuel then sprayed onto the engine cases and ignited.

A manufacturing defect led to the fatigue fracture, the NTSB said.

The FAA estimated that the proposed AD would affect 947 stage 1 and stage 2 hubs on 668 engines installed in airplanes registered in the United States.

The U.S. National Transportation Safety Board (NTSB) has recommended training, maintenance and design changes as a result of its investigation of a June 5, 2015, in-flight fire in a United Express Bombardier DHC-8.

None of the 37 passengers and crew in the airplane was injured as a result of the fire at the right windshield terminal block during approach to Bradley International Airport in Windsor Locks, Connecticut, U.S. The crew declared an emergency, landed the airplane and conducted an emergency evacuation. The crew’s attempts to extinguish the flames were unsuccessful, but the fire eventually extinguished itself, the NTSB said in its final report on the accident. 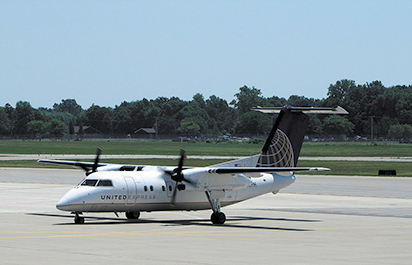 The NTSB’s recommendations called for the redesign of the windshield heat power connection on DHC-8s “to provide a mechanically secure, low-resistance electrical connection,” and the addition of an emergency procedure checklist to specifically instruct flight crews “as a memory item, to immediately turn off windshield heat in the event of a windshield arcing, smoke, fire or overheating.” Training manuals should be revised to incorporate the same change, the NTSB said.

Other recommendations called for changes in DHC-8 maintenance task cards to include more frequent inspections and more specific inspection tasks that “focus on the degradation of windshield components.” 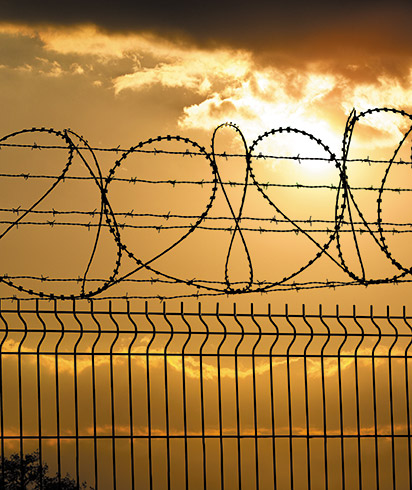 A European task force is calling for increased cooperation within the European Union to share information about threats to aviation from flights over conflict zones.

The European High Level Task Force on Conflict Zones said in March, in its final report to European Commissioner for Transport Violeta Bulc, that methods should be developed for “a common European risk assessment of conflict zones and a quick-alert mechanism to notify the aviation community.”

The task force was established after the crash of Malaysia Airlines Flight 17, a Boeing 777-200ER that investigators said was shot down over Ukraine on July 17, 2014, killing all 298 passengers and crew. 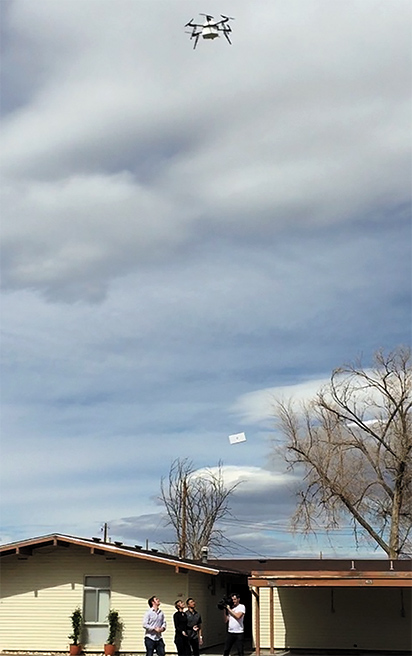 Unmanned aircraft systems (UAS) are taking on new roles in at least two arenas — insect control in Ethiopia and emergency supply delivery in the United States.

The Ethiopia project involves use of UAS to reduce populations of tsetse flies, responsible for the spread of sleeping sickness (trypanosomiasis).

Manufacturer Embention says it has developed a UAS system that releases sterile male tsetse flies in areas where the population of the insects must be controlled. The Drones Against Tsetse project calls for the weekly release of 100 sterile males per square kilometer (0.6 mi), Embention says. The flies are carried to the affected areas in temperature-controlled under-wing pods that are automatically released at appropriate intervals.

The project is managed by the International Atomic Energy Agency, the Ethiopian Ministry of Livestock and the U.N. Food and Agriculture Organization.

In Hawthorne, Nevada, U.S., the independent drone delivery company Flirtey said it has accomplished the first delivery in an urban area of a package of emergency supplies — bottled water, food and a first aid kit.

The company said the urban delivery “demonstrated that advanced drone systems allow aerial vehicles to safely navigate around buildings and deliver packages with precision within a populated area.”

In a report issued in March, the GAO said that the errors typically are largest in forecasts that reach farthest into the future.

A major factor behind the errors was the inaccuracy in factors such as gross domestic product and fuel prices that the FAA uses in developing its aerospace forecasts and terminal area forecast summaries, the GAO report said.

“Given FAA’s reliance on forecasts for decision making,” the report said, “managing and understanding the nature of uncertainty is important to good decision making.”

The report recommended that the FAA establish error-response thresholds for its forecasts and document the methods and assumptions used in its forecasting models.

The Civil Aviation Safety Authority of Australia says it will relax a number of regulatory requirements for operators of very small unmanned aircraft systems. The changes, which will take effect in September, are intended to “recognise the different safety risks posed by different types of remotely piloted aircraft,” CASA Director of Aviation Safety Mark Skidmore said. … The European Aviation Safety Agency has published regulatory changes to update requirements for performance-based navigation procedures and equipment and for holders of multi-crew pilot licenses. … The U.S. Federal Aviation Administration (FAA) has begun an initiative to improve public access to FAA data. The External Data Access Initiative is intended to encourage the development of new services and “ultimately, advance the safety and efficiency of the aviation industry,” the FAA says.

European NAAs and ANSPs should be on guard against possible jamming and spoofing of signals, agency says.

Caution Urged for Flights Over Ukraine

U.S. joins Canada, France and the U.K. in outlining procedures for operations near the Ukraine-Russia border.