The U.S. Federal Aviation Administration (FAA) is alleging that a manufacturer of automatic defense surveillance–broadcast (ADS-B) units failed to meet FAA requirements for the devices and misled customers about them. The agency proposed a $3.7 million civil penalty against the manufacturer, NavWorx.

The FAA said in late October that it had told the aviation industry in March 2015 that it was imposing new standards for the global positioning system (GPS) chips in ADS-B transmitters. Aircraft owners face a Jan. 1, 2020, deadline for installing the transmitters.

“Rather than replace the chips in its ADS600-B units, NavWorx knowingly altered the units’ internal software to transmit a code that indicated the units met the new … standard, even though they did not,” the FAA said. “The FAA further alleges that the company subsequently refused to comply with the FAA’s direction to modify the software to transmit an accurate code.”

The company later told customers that the units met FAA standards, “even though they did not,” the FAA said. “These advertisements omitted and materially misrepresented the essential fact that the units contain a GPS chip that is incapable of meeting the FAA’s standards.”

The FAA said it is working with NavWorx customers “to ensure the safety and accuracy of the affected products.”

A statement on the NavWorx website says its ADS-B “utilizes a GPS module from a third-party vendor” and that the vendor had said that the module met FAA standards. The statement says the company is “unable to sell the ADS600-B” and that it is “not currently conducting any business and [has] ceased operations.” 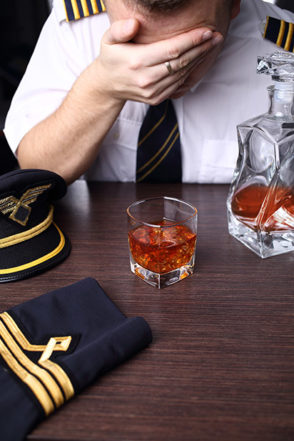 The Transportation Safety Board of Canada (TSB) says the aviation industry should implement a substance abuse program for pilots and others in safety-sensitive positions.

The TSB recommendation was included in its final report on the fatal 2015 in-flight breakup of a Carson Air Swearingen SA-226-TC Metro II cargo flight shortly after takeoff from Vancouver International Airport. Both pilots were killed, and the airplane was destroyed.

The TSB’s investigation found that, on the day of the accident, the captain had “consumed a significant amount of alcohol” and that his intoxication “almost certainly played a role in the events leading up to the accident,” according to the report, released in late October.

TSB Chair Kathy Fox said regulations and company rules against flying while impaired depend on self-policing, but “what is needed is a comprehensive substance abuse program that would include mandatory testing as well as complementary initiatives such as education, employee assistance, rehabilitation and peer support.”

With the introduction of RNAV approaches, the total number of approach procedures in the National Airspace System (NAS) has nearly doubled over the past decade, the FAA said.

The NBAA said that the FAA should continue to evaluate its plan in light of recent issues involving flight management systems and navigation databases. In one case, the NBAA said, a manufacturer temporarily removed more than 10,000 IAPs from its database.

In separate comments, the Aircraft Owners and Pilots Association said that it “recognizes the strain the large number of instrument procedures … is having on the FAA’s ability to conduct thorough reviews of existing procedures and publish new procedures in a timely manner. We believe this proposed policy is necessary to accomplish our mutual goal of modernizing the NAS and publishing those procedures of value.”

The Australian Transport Safety Bureau (ATSB) has placed the issue of drones — in particular, the risks accompanying their introduction into airspace shared with manned aircraft — on SafetyWatch, the agency’s annual list of transportation safety priorities. 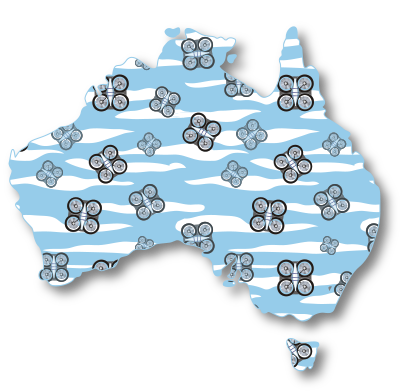 An ATSB report released earlier this year concluded that drone collisions with high-capacity air transport aircraft could lead to an engine ingestion of the drone in about 8 percent of collisions. SafetyWatch said the agency is continuing to study the issue “to assist with advice regarding the associated implications for transport safety.”

Another new entry on the updated priority list is fatigue, which affects safety in aviation and other forms of transportation.

Other SafetyWatch aviation-related issues include data input errors, in-flight decision making, communication in uncontrolled airspace and failing to manage an aircraft’s flight path “when unexpected events arise during the approach to land.” 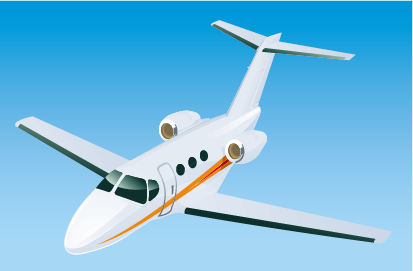 The 2017 fiscal year, which ended Sept. 30, is likely to be the safest year on record for general aviation (GA) in the United States, the Federal Aviation Administration (FAA) says.

The agency says that the fatal GA accident rate is declining under a 10-year program that began in 2009. The program’s goal is to reduce fatal GA accidents by 10 percent before the end of fiscal 2018 on Sept. 30, 2018.

The FAA says the preliminary estimate of the fatal accident rate for fiscal 2017 is 0.84 per 100,000 flight hours, with 209 fatal GA accidents and 347 associated fatalities.

“We’re pleased with where general aviation safety is headed,” FAA Administrator Michael Huerta said in a speech in late October to the fifth annual General Aviation Safety Summit. “It looks like 2017 will end up being our safest year yet. Working together with industry to meaningfully address safety is making a difference.”

Huerta said that increased safety will follow from regulatory, technological and educational efforts, such as changes in Federal Aviation Regulations Part 23, which deals with airworthiness standards; a streamlined approval process for non-required safety-enhancing equipment; and the Fly Safe educational campaign on avoiding loss of control accidents.

He added that, over the next few years, the GA community must move toward the Jan. 1, 2020, deadline for equipping GA aircraft with automatic dependent surveillance–broadcast out (ADS-B Out) avionics systems that transmit data, including aircraft identity, position and speed, from an aircraft to ground stations and to other aircraft that also are equipped with ADS–B.

Tracking the Status of Safety Recommendations

Safety recommendations — including those tied to the U.S. National Transportation Safety Board’s (NTSB’s) Most Wanted List of transportation safety improvements — are the NTSB’s greatest tool in improving safety and reducing the number of aircraft accidents, NTSB Chairman Robert Sumwalt says.

Sumwalt says that the recommendations are partially responsible for the steady progress by the U.S. aviation community in accident reduction.

He made the remarks in mid-November during a meeting to outline progress on the recommendations that are included in the NTSB’s 2017–2018 Most Wanted List.

Adoption of those recommendations can save lives, he added, noting that the last fatal accident involving a U.S. scheduled passenger airliner was the 2009 crash of Colgan Air Flight 3407 in Clarence Center, New York. The crash killed all 49 people in the airplane and one person on the ground, destroyed the airplane — a Bombardier Q400 — and prompted a series of safety recommendations from the NTSB.

Many of those recommendations have been adopted in some form, but other recommendations stemming from NTSB investigations of other accidents are pending. Open recommendations associated with the items included on the Most Wanted List are detailed in a 28-page summary released by the NTSB to track their status. The summary contains recommendations relating not only to aviation but also to other modes of transportation.

The only item on the Most Wanted List that is specific to aviation, and no other mode of transportation, is preventing loss of control in general aviation. The summary lists eight relevant open safety recommendations, including recommendations to the U.S. Federal Aviation Administration calling for development of a means to identify pilots “whose overall performance history indicates that they are at future risk of accident involvement,” and for upgrading training for air traffic controllers to enable them to more easily identify emergencies and to help pilots resolve associated problems.

The annual air passenger count will nearly double by 2036 to 7.8 billion passengers, compared with this year’s 4 billion, according to a projection by the International Air Transport Association (IATA). To be ready for the extra passengers, the industry must work with local communities and national governments to expand facilities and upgrade infrastructure, IATA says. … The U.S. Federal Aviation Administration (FAA) has proposed an $869,125 civil penalty against Compass Airlines for operating 47 Delta Connection flights to and from Monterrey, Mexico, in mid-2015 without required meteorological information. The FAA says Compass also failed to tell operations personnel about potentially hazardous weather conditions.