The Council of the International Civil Aviation Organization (ICAO) has expressed “strong condemnation” of North Korea’s repeated launches of ballistic missiles above and near international flight routes, saying the action “seriously threatens the safety of international civil aviation.” 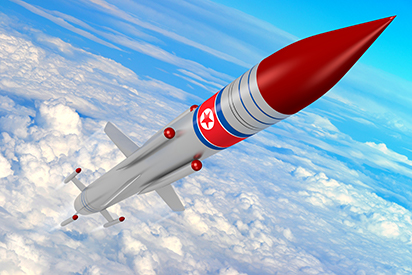 The ICAO Council acted in early October, agreeing that the North Korean government should comply with ICAO standards and recommended practices and other relevant procedures that would prevent launches over flight routes and other related activities.

The missiles were launched “over international air routes and without prior notice being given, causing significant concerns to the safety of international civil aviation in the region,” ICAO said.

The president of the ICAO Council has sent several letters to North Korea — an ICAO member state — urging compliance with established international procedures, which include provisions calling for adjacent countries to be notified of aerial testing and other similar activities that could present risks to nearby civil aviation routes or operations. 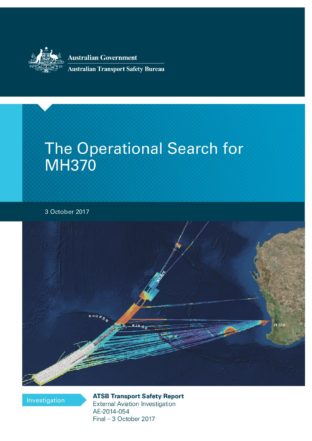 The Australian Transport Safety Bureau (ATSB), in its final report on the disappearance of Malaysia Airlines Flight 370, is recommending that countries around the world should find ways to respond quickly in case of lost contact with an aircraft.

In the 440-page report, released in early October, the ATSB said aircraft operators and manufacturers should “investigate ways to provide high-rate and/or automatically triggered global position tracking in existing and future fleets.”

“It is almost inconceivable and certainly societally unacceptable in the modern aviation era, with 10 million passengers boarding commercial aircraft every day, for a large commercial aircraft to be missing and for the world not to know with certainty what became of the aircraft and those on board,” the report said.

The report was issued to document the search, especially the underwater search, for MH370, a Boeing 777 that disappeared March 8, 2014, en route from Kuala Lumpur, Malaysia, to Beijing with 239 passengers and crew. The search for the airplane, which focused on an area of the Indian Ocean, was suspended in January.

“The reasons for the loss of MH370 cannot be established with certainty until the aircraft is found,” the ATSB report said.

The report also recommended that the International Civil Aviation Organization “encourage or mandate” publication of relevant information on search and recovery operations “for the benefit of future research.” The scarcity of such information has complicated efforts by researchers to identify factors that may help or hinder a search, the report said.

The European Commission is pressing for quick action to enable implementation of rules governing the use of drones in the European Union (EU).

The Commission said in early October that the European Parliament and Council should approve a December 2015 proposal calling for an EU-wide framework for drone operations.

The Commission — citing more than 1,200 reported safety occurrences in 2016, including near-midair collisions between manned aircraft and drones — said the action is needed to avert “drastic consequences” that could result from inadequate regulation.

The Commission’s Single European Sky Air Traffic Management Research Joint Undertaking (SESAR-JU) has developed a more detailed plan, including a call for geo-fencing — using satellite positioning to establish virtual geographic boundaries to keep drones out of specified airspace, such as the airspace above and around an airport.

The Commission also has called for using geo-fencing in the creation of an automated traffic management system for drones operating at low altitudes, where most are required to fly.

Although the aviation industry in sub-Saharan Africa achieved its safest year in a decade in 2016, with no passenger fatalities or jet hull losses, African governments must increase their compliance with global aviation safety standards, the International Air Transport Association (IATA) says.

IATA data show that at the end of 2016, 22 percent of African countries had implemented 60 percent or more of the International Civil Aviation Organization’s safety-related standards and recommended practices. 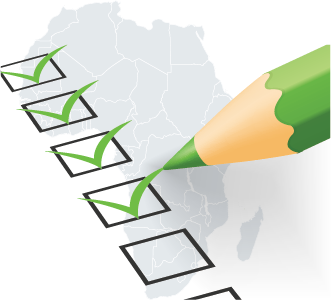 Muhammad Ali Albakri, IATA regional vice president for the Middle East and Africa, told attendees at the IATA Middle East and Africa Aviation Day in Jordan in early October that 2016’s safety improvements in sub-Saharan Africa represented “a great achievement, but there is still much work to be done.”

He urged a continued commitment to the IATA Operational Safety Audit (IOSA).

“The results speak for themselves,” he said. “The 3 sub-Saharan airlines on the IOSA registry performed nearly twice as well as the non-IOSA airlines in 2016 in terms of all accidents and performed 7.5 times better than non-IOSA operators in the 2012–2016 period. More governments need to recognize this and help maintain this strong safety momentum in Africa by making IOSA a part of their airline certification process.”

He also pressed for implementation of “Africa’s visionary framework for enhancing connectivity across the continent,” noting that the African Union’s plans for the Single Africa Air Transport Market (SAATM) has potential to help “unlock the full benefits of aviation in Africa.”

Twenty countries have agreed to participate in SAATM, which is intended to improve air service and encourage economic growth.

The cords that connect some flight helmets to an aircraft’s communication system might be a hazard in case of a fire or other emergency that requires the pilot’s speedy exit, the U.S. National Transportation Safety Board (NTSB) says.

In a safety alert issued in September, the NTSB said the problem involves direct-to-airframe intercommunication system (ISC) cord connections between the flight helmet and the airframe. The connections “might not release readily from the airframe ICS port if the direction of egress is contrary to the direction needed to easily release the cord,” the safety alert said.

“For instance, if a cord needs to be pulled downward for release and an aircraft occupant is attempting a sideward egress, the cord may not release readily, which could cause excess delays in egress.”

The NTSB cited two helicopter accidents — one in the United States and the other in Canada — in which ICS cord connections interfered with egress from the cockpit.

The most recent accident involved an MD Helicopters MD369E that struck water while the pilot practiced water bucket operations at night in Whitefish, Montana, U.S., on Aug. 4, 2015. The pilot received minor injuries.

The NTSB report on the accident said that the pilot had told investigators that, while climbing out of the helicopter, he felt his “helmet tug backwards and … realized the communications cord was still attached to the helicopter.” He said he removed the helmet and swam to shore.

The earlier accident involved an Airbus Helicopters MBB BO105 that struck water east of Marystown, Newfoundland and Labrador, Canada, on Dec. 7, 2005. The pilot and passenger exited the helicopter but the pilot subsequently died of hypothermia and the passenger drowned. 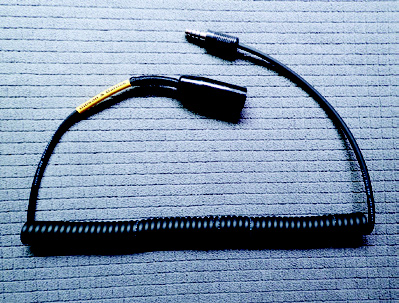 The Transportation Safety Board of Canada (TSB) said that an examination of the pilot’s flight helmet found that the end fitting of the ICS cord had fractured at the point where it was attached to the helicopter. Investigators determined that the cord was being pulled sideways, toward the pilot’s door, when the fracture had occurred; however, “a downward pull is required to release the connection,” the TSB said in its final report on the accident.

The NTSB’s safety alert recommended that operators “use a compatible intermediate cord between the ICS cord and the airframe ICS to facilitate a clean separation during egress,” and that pilots ensure that ICS cords will not become entangled with flight controls or other aircraft components and ensure that all aircraft occupants are familiar with egress procedures.

The European Union (EU) and the European aviation community are developing a program to consolidate aviation safety data for all EU member nations.

The Data4Safety (D4S) project is designed to enable the identification and evaluation of systemic and emerging safety risks, according to Luc Tytgat, strategy and safety management director for the European Aviation Safety Agency (EASA).

“There are major and important programmes run by the airline operators or the national civil aviation authorities, but so far, none of the programmes provide a consolidated version,” Tytgat said in late September. “Despite all the collaboration efforts and data sharing, the fact is that today in Europe, the wealth of safety data is not exploited as a whole and the analytical capacity is not synergized to its full extent.”

Tytgat said that D4S would “provide the needed synergies” for a consolidated operation and enable strategic risk management in aviation throughout the continent.

“We aim at enabling the shift from the reactive approach to safety to a truly proactive and preventive mode,” Tytgat said. “D4S is not an EASA project. All stakeholders within the aviation community will share data, information, knowledge and their expertise in order to deliver benefits to all players in safety and possibly environment.”

NATS says it has completed the design of a new human-machine interface to help air traffic control implement free route airspace and other new airspace management concepts that are “crucial to delivering the additional capacity required by the Single European Sky initiative.” … The International Civil Aviation Organization (ICAO) says its Universal Safety Oversight Audit Programme (USOAP) has achieved the ISO 9001:2015 certification standard. ICAO says the recertification will “help to further refine the collection, processing and sharing of safety oversight information” gathered through USOAP. … The Civil Air Navigation Services Organisation and the European Organisation for Civil Aviation Equipment have agreed to cooperate in the development of industry standards for air traffic management (ATM). They agreed in mid-October to consider issues including the safe integration of drones into all types of airspace, the implementation of new technologies in ATM and cybersecurity.

Fog Reported At Time of AS350 Crash in Hawaii