Safety Alert for Operators (SAFO) 18010, issued by the FAA in September, notes that some LEDs cannot be seen by wearers of NVGs and cites a report by the pilot of an emergency medical services helicopter of a near miss with a tower that had been marked with LED obstruction lights. The pilot had been wearing NVGs; a crewmember who was not wearing goggles saw the tower and pointed it out to the pilot, the FAA said. 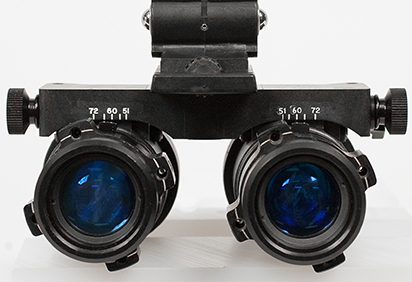 The FAA noted that it had warned in 2009, in SAFO 09007, that some LED lighting systems “fall outside the combined visible and near-infrared spectrum of NVGs and thus will not be visible to flight crew using NVGs.” The 2009 SAFO recommended that pilots be informed of the limitations of LED obstruction lights and that the information be included in pilot NVG training programs.

The new SAFO outlined an additional FAA recommendation calling for pilots and operators governed by the general operating regulations of Federal Aviation Regulations Part 91 to incorporate into manuals and standard operating procedures (SOPs) a requirement for “unaided scanning” at low altitudes — that is, scanning by someone not using NVGs.

“This may be accomplished by looking under or to the sides of the NVGs or by briefly placing the NVGs in the stowed (flipped up) position,” the SAFO said. “Manuals/SOPs should include crew resource management procedures for addressing LED-lit obstructions to the pilot flying. For instance, non-flying personnel should make periodic unaided scans and point out the obstruction(s) to the pilot, e.g., ‘LED lit tower, two o’clock.’ It is also recommended that a landing be aborted and/or a climb to a higher altitude be initiated any time the location of an obstruction is not clear to the pilot.”

The SAFO also asked operators and pilots to report encounters with non-NVG-compatible obstruction lighting to the Aviation Safety Reporting System at https://asrs.arc.nasa.gov.

The ADs call for initial and repetitive ultrasonic or eddy current inspections of CFM56-7B fan blades at intervals of 1,600 cycles. The engine manufacturer published a service bulletin in late July making the same change. 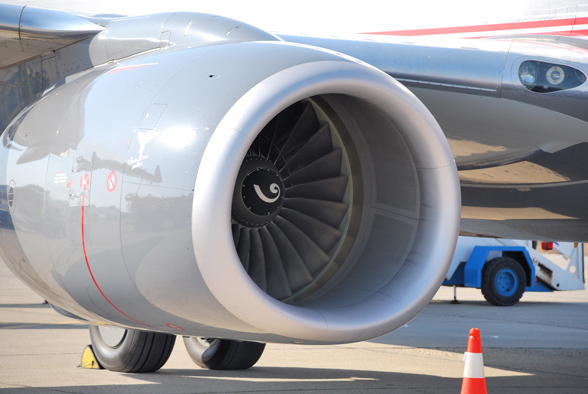 In publishing the AD, the FAA said that although it would accept public comments until Nov. 15, safety concerns required immediate adoption of the AD.

Flight 1380 was headed from New York LaGuardia Airport to Dallas Love Field on April 17 when, about 20 minutes into the flight at an altitude of around 32,500 ft, a fan blade failed, causing fragments of the engine cowling and engine inlet to strike the fuselage, resulting in the loss of a passenger window and a rapid depressurization. The crew diverted to Philadelphia for an emergency landing. One of the 144 passengers was killed, and eight passengers suffered minor injuries.

The National Transportation Safety Board has scheduled a hearing on the accident for Nov. 14. 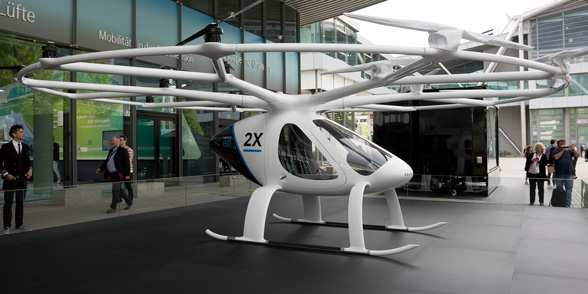 The European Aviation Safety Agency (EASA) is considering the adoption of airworthiness standards designed to allow the certification of small vertical takeoff and landing (VTOL) aircraft.

EASA said in mid-October that its move was intended to aid in developing “the first component of the regulatory framework to enable the safe operation of air taxi and electric VTOL (eVTOL) in Europe.”

The goal is to ensure high safety standards for operations over cities while at the same time providing “lighter standards to promote innovation for the initial phases of development and other types of operation such as leisure flights,” EASA said.

The agency said that the new standards initially will apply to VTOL aircraft equipped with no more than five passenger seats and a maximum certified takeoff mass of 2,000 kg (907 lb) or less.

EASA will accept public comments on the matter until Nov. 15.

The U.S. Federal Aviation Administration (FAA) has proposed a $474,000 civil penalty against Frontier Airlines, which the FAA says operated airplanes that were not equipped with required medical supplies. 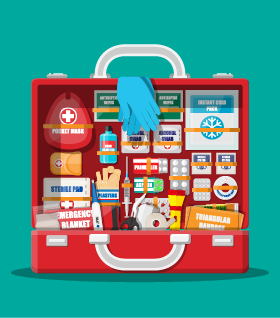 Eleven airplanes were flown on hundreds of flights in July 2017 while their emergency medical kits lacked either injectable epinephrine or atropine, or both, the FAA said in early October. The medications typically are used in case of severe allergy reactions or irregular heart rates.

The FAA said that Frontier was informed of the defective emergency medical kits on July 10, 2017, and applied the next day for an exemption to continue flying with those kits. The FAA issued the exemption on Sept. 16, 2017.

The FAA alleged that Frontier operated the 11 aircraft on 787 revenue flights between July 11 and July 27, 2017 — after it had become aware of the problem and before the FAA issued the exemption.”

Frontier has requested a meeting with the FAA to discuss the matter.

A 2017 event at San Francisco International Airport (SFO) has prompted the U.S. Federal Aviation Administration (FAA) to caution flight crews and operators about the risks of transposing runway numbers during data entry.

The FAA issued Safety Alert for Operators (SAFO) 18009 in September, citing the event, in which takeoff performance system (TPS) data provided for an airliner by the air carrier included information for Runway 10L. The actual departure, however, was to be conducted from Runway 01L.

The transposed runway numbers “resulted in an actual takeoff runway length (for 01L) that was 4,220 feet less than what was calculated by the TPS (for 10L),” the SAFO said.

Data provided for Runway 10L included settings intended for longer runways, and with those settings, the airplane was rotated at standard speed and took off with 400 ft of usable takeoff distance remaining, the SAFO said.

“The flight crew realized the safety implication and associated risks and promptly submitted a voluntary safety report describing the event under the aviation safety action program (ASAP),” the SAFO added, noting that the air carrier reviewed the report and evaluated the event under its safety management systems process “to identify the underlying factors that contributed to the event and implemented mitigation procedures to avoid a reoccurrence.”

After examining data from its ASAP and flight operational quality assurance (FOQA) program, the carrier found that similar, less serious errors had occurred before the 2017 event, and it implemented strategies designed to prevent other problems in the future. Its actions included prioritizing Runways 01L/R as primary takeoff runways, adding a caution note to the TPS data for SFO and locking out 10L/R data.

The air carrier’s data was shared with the Commercial Aviation Safety Team and the Aviation Safety Information Analysis and Sharing (ASIAS) program as “a potential systemic issue in the National Airspace System,” the SAFO said. A subsequent analysis of the ASIAS database found an additional 25 takeoffs at SFO with less than 1,000 ft remaining on the runway. The analysis could not identify causes of the events, but “it was determined that some events were likely associated with a number transposition,” the SAFO said.

The analysis also identified several other airports with the potential for a runway number transposition error involving runways of different lengths, the SAFO said. 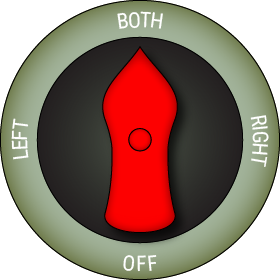 The U.S. National Transportation Safety Board (NTSB) has issued safety alerts to pilots and mechanics of small airplanes warning that worn fuel selectors have led to more than 100 accidents involving fuel starvation and loss of engine power.

“As fuel selectors wear, the fuel selector handles may be difficult or even impossible to turn,” the NTSB said in Safety Alerts 075 and 076, issued in early October. “If a pilot applies too much force, the internal components can fracture and obstruct the fuel flow, resulting in a total loss of engine power.

“In addition, worn detents could make it difficult for a pilot to properly position the fuel selector to the desired tank. Positioning the fuel selector incorrectly to an empty tank or in between tanks could ultimately starve the engine of fuel.”

Fuel selector problems have figured in 104 accidents since 2008, the NTSB said.

The safety alerts contained a series of recommendations, including instructions that pilots should check fuel selectors for correct operation during preflight checks and should not force a fuel selector handle if it is difficult to turn. If a fuel selector sticks, binds or requires more pressure than usual to turn, or if it has worn detents that do not stop the selector in the desired position, pilots should not fly the airplane and should report the problem to maintenance personnel for inspection, the NTSB said.

The average Australian airplane passenger carries three or four personal electronic devices and places one or two more in checked baggage, the Australian Civil Aviation Safety Authority said in a safety bulletin designed to provide guidance to operators on managing an in-flight lithium battery fire. Cabin Safety Bulletin No. 10 says crew training is an important mitigating factor in preventing lithium battery incidents, and operations manuals should contain documented procedures for responding to fires. … The U.S. Federal Aviation Administration says it is re-launching a $4.9 million program to provide $500 rebates to general aviation pilots who install automatic dependent surveillance–broadcast (ADS-B Out) systems in their aircraft. A new requirement, effective in January 2020, calls for ADS-B Out installations in aircraft that are flown in airspace where a transponder is currently required.