The surest route to profitability is an evolving investment in safety. 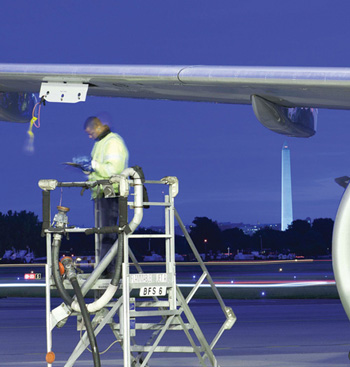 Despite the sensitivity of most civil aviation senior managers to safety issues, safety still is a tough sell. Many aviation safety managers are seen by their chief financial officers more as necessary evils than supervisors of value centers. When asked to justify their budget requests, their rationale sometimes sounds more grounded in desperation than in sound business reasoning: “The regulator mandates it. The authority strongly recommends it. We have to do it if we want to remain part of that alliance,” are recurrent themes.

That is a pity. Safety, more than anything else, drives the reliability of an aviation organization, building and strengthening its reputation and operational effectiveness. If airline safety managers provided more convincing business cases and harder evidence, the budgeting process would be less frustrating and safety managers would see more money for their departments. The good news is that there is much evidence supporting safety as a worthwhile investment, not only in general but also for specific safety measures.

First, it is necessary to debunk the myth that safety is simply a cost. Safety goes with functionality. When production systems are put in place, the expectation is that they will be functional. Unsafe occurrences are unplanned and undesired interruptions of a production system. Safety systems are in place to control unavoidable but necessary costs and to minimize unplanned costs.

The view that safety has a positive contribution to operational efficiency is shared and reinforced by safety management researcher Jose Blanco.1 Referring to his personal safety management experience in an aircraft maintenance organization, Blanco writes: “The safety management systems we set up at the time have survived and have delivered additional improvements for another 10 years. Worker’s compensation dropped in half. As for the safety-efficiency ROI (return on investment), it is difficult to calculate, but it was huge because we released much ‘found capacity.’ Operating and capital budgets were still lower six or seven years into the program despite significant inflation. The safety and incident management systems paid in spades.”

The cost efficiency of safety management was confirmed in more quantifiable terms by a study that explored the perceptions of corporate financial decision makers. This study was conducted through telephone interviews with several U.S. senior executives or managers responsible for decisions about property and casualty risk management or insurance-related services of medium to large organizations — those with more than 100 employees and not strictly in the aviation business. According to this study, financial decision makers perceive that, on average, for every dollar spent improving safety in the workplace, about $4.41 is returned.2 We can assume that the return for an average aviation organization — equipped with some of the most technologically sophisticated, and expensive, assets — is higher. Although the study was based on telephone interviews and not on raw data and although the study’s reported results do not specify the estimated time frame for the ROI, knowing that financial executives believe that “the top benefits of an effective workplace safety program are predominantly financial in nature”3 provides additional evidence that safety is a profitable investment.

Support for the idea that investing in safety management pays off can be found in the 1999 annual report of Weyerhaeuser, one of the world’s largest pulp and paper companies: “Why should our shareholders care about our safety performance? Because, statistically, good safety performance correlates closely with other performance indicators — such as productivity and quality — that bear directly on Weyerhaeuser’s profitability. But, even more important, we know our investors don’t want to see people get hurt any more than we do.”4

One of the most common forms of investment by aviation safety departments has been the adoption of industry best practices for operational safety management. For airlines, this has taken the form of the International Air Transport Association Operational Safety Audit (IOSA). For business operations, the International Business Aviation Council’s (IBAC’s) International Standard for Business Aircraft Operations (IS-BAO) was introduced in 2002. It was designed to raise the safety bar, in part by requiring adoption of safety management systems (SMS).

An IBAC study of the safety value of IS-BAO reviewed 500 accidents that occurred between 1998 and 2003, some 297 of which contained sufficient information to warrant further assessment to determine the probability that, if the flight department had known about and implemented IS-BAO, the accident could have been avoided.5 The data were de-identified, and the accidents were rated on a five-point scale ranging from certainty of prevention to no effect.

The IBAC study found that, assuming that the operator had implemented IS-BAO in full, the accident could have been prevented in 107 (36 percent) of the 297 accidents.

Other findings were that:

But just because safety investments have had a high rate of return in the past does not mean that they will continue to yield such substantial returns indefinitely. At some point, it is no longer sensible to invest in safety solely on this basis because there is no longer a cost-justifiable safety enhancement.

As the International Civil Aviation Organization (ICAO) says in its Safety Management Manual, a balance must be struck between production and protection.6

The point is highlighted by Rene Amalberti, senior adviser for patient safety at the Haute Autorité de Santé, the French medical accreditation agency, and a doctor of aerospace medicine who also has a Ph.D. in cognitive psychology.

“When an industry or an organization has a safety record that is not particularly brilliant and it plans to implement a safety improvement initiative of some sort, it is generally easier to make an estimate of how much the safety improvement could be,” he said. “The air transport industry has instead a very remarkable safety record, and because of this, it is harder to make an estimate of how much a safety innovation, like a safety management system, can bring in terms of an improved safety performance.”

In an article published in 2001, Amalberti wrote, “Subjects running into difficulty tend to escape into tried and tested solutions, setting aside difficult points. They systematically and erroneously tend to carry out linear extrapolations, and never sufficiently take into account the collateral effects of the measures undertaken. … Even though safety no longer improves, safety managers still think of risk controls in terms of linear extrapolations, and still apply the same old solutions (hunting down errors and failures, adding procedures) based on well-known recipes which help them to feel secure (tried and tested values), without taking into consideration the collateral effects of these overstretched measures.”7

The risk of overreliance on tried and tested solutions can be found in the enormous efforts invested in recent years in occurrence reporting systems. Accidents typically result from a combination of factors, none of which by themselves can cause an accident or even a serious incident. These combinations remain difficult to detect using traditional safety analysis logic; for the same reason, reporting becomes less relevant in predicting major disasters, Amalberti said. Still, many aviation organizations, within their newly implemented SMS, believe that they have found the solution to all of their safety problems in a thorough reporting system, thus underestimating its limits.

“Mandatory and non-mandatory reporting, as compared to flight data analysis, represents a limit in terms of its ability to deliver valuable information for safety management decisions,” Amalberti said.

“Flight data analysis is very good because it is not based on people and therefore on varying reporting sensitivities and situational understanding. The real problem with reporting is to derive an objective analysis of the reported information. Reporting does not allow for automatic analysis, and it is also very demanding in terms of resources.

“Analysis of flight data is instead based on objective parameters; thus, not only is it possible to have a very accurate picture of what is going on during flight operations within the scope of the flight data recorder, but the application of predictive tools also becomes valuable in terms of identifying emerging safety and operational trends.

“From reporting, you cannot expect a particular, measurable, gain in the safety performance. On the other hand, the immeasurable contribution of reporting to safety should not be underestimated. What you can expect from reporting is an improvement of the safety culture, whose health is generally testified by a high number of non-mandatory safety reports.”

The aviation industry should not be complacent about its outstanding safety performance.

The risk of maintaining the current accident rate is that, at the current rate of growth in aviation operations, in the years from 2020 to 2030, the industry will suffer twice as many accidents as today. The public’s concern will increase because of more frequent news about aircraft accidents, and flying will no longer be considered as safe as it is today.

The industry has achieved a remarkable history of improvement in safety performance, and it makes no sense to stop now. Tried and tested solutions, whether effective or not at maintaining the current safety record, are not likely to produce dramatic new improvements in safety performance. What should aviation organizations do, then, to improve their safety record in the long run?

The current operational system of air transportation has reached a positive but stable safety record. The system is aging, and safety and operational efficiency can be improved only with a major infrastructural overhaul and appropriate investments in the technological upgrade of operational equipment.

“Aviation will benefit sooner or later [by 2030 or 2040] from much greater guidance automation, full implementation of … satellite navigation systems, at least on the main international routes, full automatic parallel approaches to airports, etc.,” Amalberti said.

“This greater automation will probably result in improving safety figures to nearly 1 accident every 10 million sectors on selected international routes/airports, although very rare — but probably more severe — accidents could result from this transfer of technology (larger aircraft, greater risk of collisions when automated systems fail totally). A significant effort will have to be made on the logistics and on infrastructure development, in addition, to a further refining of flying techniques.”

Another area that should capture the attention of aviation safety departments is that of ultra-long-range operations, with its emerging safety threats.

“One point could become critical,” Amalberti said. “It concerns long-range and very-long-range passenger journeys that progressively expand and could easily reach a standard of 20 or 24 hours.”

He added that large airplanes on lengthy flights probably will experience an increased number of problems involving sick passengers. These situations could result in “difficult decisions on problematic flight diversions to unsafe airports” that lack the facilities to handle the influx of passengers, he said.

Earning profits and paying returns to shareholders are priorities for airlines. A precondition for profitability, however, is providing safe and reliable flights in airworthy aircraft.

Mario Pierobon works in business development and project support at Great Circle Services in Lucerne, Switzerland, and was formerly with the International Air Transport Association in Montreal.