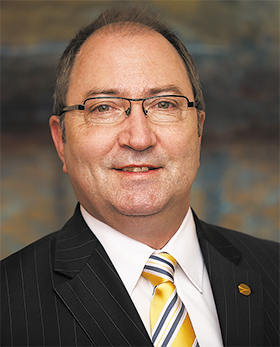 The uncontained engine failure and fire that occurred Sept. 8 on a British Airways Boeing 777 during takeoff from McCarran International Airport in Las Vegas appears to be a good example of an emergency demonstrating the speed at which passengers can be evacuated from an aircraft. But some passengers’ published photos and videos show that a number of them insisted on taking their carry-on baggage with them during the evacuation. Not only does this impede the evacuation process, there is added risk of damage to evacuation slides that may then render some exits useless. No doubt, investigators will be seeking a greater understanding of this aspect of the accident.

This event has also prompted me to raise another concern related to passenger and cabin crew situational awareness. I fly regularly on a number of international air carriers that require all passenger window shades to be open for takeoff and landing. An excellent reason for this is to aid the situational awareness of passengers and cabin crew should a serious incident or accident occur during these critical phases of flight. Conversely, in my experience flying on other carriers, including some in the United States, it is not uncommon for some window shades to be left down for all phases of the flight.

The evacuation in Las Vegas, based on official preliminary reports, is an excellent example of how enhanced situational awareness could be critical in ensuring an effective evacuation — keeping passengers from evacuating the aircraft into areas that may present a critical threat, such as fire. When an event such as this occurs, occupants’ threat assessment opportunity and reaction times are limited, and this is hardly the time to waste precious seconds by raising window shades in an attempt to determine the location of threats and the suitability of exits.

A lack of passenger preparedness during an evacuation can be a serious problem, especially if they do not understand the danger that they are in. All possible measures should be taken to enhance their situational awareness.

A policy of ensuring that all window shades are open for takeoff and landing is a simple one and may deserve further study of its effectiveness in saving lives.