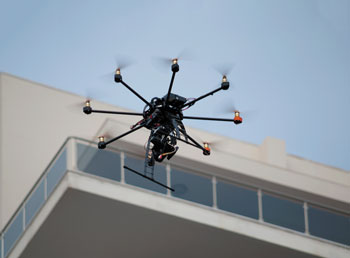 It is difficult to imagine how the U.S. aviation landscape will look in 20 years assuming the introduction, beginning in 2015, of commercial remotely piloted aircraft (RPA) — also known as unmanned aircraft systems, or UAS — into the National Airspace System under anticipated regulations. It is critical, however, that aviation professionals examine this new paradigm and what it will take to make this transition safely and efficiently. A synergistic relationship between the technology and systems, and the new breed of pilot and crew, is essential to ensuring that both the flying and non-flying public feel that the skies remain safe.

Just as the complex software and hardware systems integrated into today’s aircraft, both manned and remotely piloted, must adhere to the applicable aerodynamics, both types of flight operations also must adhere to the fundamental tenets of responsible aviation. Pilots must understand the systems they operate both in normal and failure modes. Flight profiles, mission data (to include weather, aircraft systems status and expected performance) and crew coordination expectations are critical preflight discussion items in either type of operation. One difference, however, is that even if flight crews aboard aircraft are at risk of becoming complacent because of their reliance on automation, they know they normally can take back control of the aircraft and fly it safely to the ground. This capability is impossible by definition in the RPA environment, and is a critically important concept for RPA pilots to understand and accept.

While it is true that an RPA shares many similarities with manned aircraft, the most critical difference is insertion of an unnatural break between the pilot and the aircraft. The nature of this break exceeds the early controversy that surrounded the transition from mechanical control cables to fly-by-wire electrical controls seen in many of today’s most sophisticated aircraft. The RPA has introduced a completely separate interface to the aircraft, and this intangible, nonphysical tether becomes a “middleman,” or virtual pilot, translating and executing the human commands at a distance.

Because the human crew is physically removed from the aircraft, there is no longer a traditional hand-flying fallback when the technology goes awry or overwhelms either the pilot or an autonomous-recovery flight mode. Stick and rudder is no longer the safety net — literally everything depends first on the pilot communicating with the system that actually flies the aircraft.

Increasing the complexity further are unmanned aircraft systems in which over-the-horizon RPAs are used; in these systems, an induced latency in the data communication link between the crew and the aircraft exists as commands travel along pathways that may include satellites. This is a second, vitally important concept for the RPA pilot to grasp. It sometimes takes several seconds for the RPA to respond to control inputs by the pilot because of the distance the radio signal must travel to the satellite and back. And because the pilot sometimes must transmit commands to the aircraft just seconds before they must be executed, physical reaction time will become less important than anticipatory commands — reactive flying will be forced into proactive and even predictive flying. The skills of an RPA pilot in these scenarios have to be measured equally between his or her ability to manage a system-driven flight and to mitigate hazards, and ability to execute a flawless flight maneuver.

In the early 1980s, the initial tenets of cockpit resource management (CRM) were implemented to help commercial transport aircrews better work together to avoid procedural errors and to identify, assess and mitigate hazards that may arise during flight. Shortly thereafter, the word cockpit was traded for crew to include other in-flight crewmembers and even flight support personnel on the ground. This semantic change was a critical, if not realized then, step in preparing the aviation community to think in terms of systems and not just individuals. The pilots were, and are, arguably the most critical component of CRM, but by using the word crew, everyone involved in getting an aircraft from one location to another was now thrust into the process of safely managing and completing the operation.

Concurrently, the glass cockpit was being introduced. The hundreds of dials and switches of the traditional cockpit were replaced first with electronic analog screens that could display essential flight and performance data to pilots in an easily interpreted manner. As these systems evolved, the computational processing power did as well, allowing flight management systems to be implemented.

In the last 30 years, aviation has witnessed a steady further increase in flight deck automation. Integrated digital displays of aircraft systems and flight performance now combine with environmental presentations to allow the pilots to “see” the world around them from terrain to weather to other aircraft. The entire flight can be mapped, monitored and managed by automation with minimal subsequent input from the pilot. More importantly, very affordable technology — derived from avionics once reserved for the large, commercial airliner or sophisticated business or military aircraft — has made its way to small general aviation aircraft. This trickle-down effect has provided an incredible amount of situational awareness and workload management to a large percentage of the aviation community. It also has created a level of trust in the technology that has, at times, made it possible for the capabilities of the pilot to be exceeded through over-reliance on automation.

In effect, automation has become another crewmember that must be incorporated into the CRM process. It has become an integral part of the crew concept and is subject to the same fallacies as its human counterparts, reinforcing the need to include it in our resource management process. The communication aspect of traditional CRM now extends to the automated aircraft itself.

To pilots, the concept of situational awareness (SA) during flight operations is not new. SA involves perceiving the temporal (time) and spatial world around us and then interpreting it in a way that allows us to react immediately or to project into the future a probable outcome. Automation has provided a tremendous benefit in expanding the SA envelope of manned aircraft flight crews from moving maps, to weather overlays, to three-dimensional presentations of terrain and objects around the aircraft.

But when pilots interpret flight displays, their frame of reference, or mental model of their environment, has been developed from an ergonomic design that has always placed the aircraft, literally or conceptually, at the center of a display. Temporal and spatial relationships and relativistic motion are easier and, more importantly, faster to derive from an aircraft-centered presentation. This is important to consider when we take into account that for the pilot of a manned aircraft, vision is the primary sensory input.

In the RPA world, however, the normal human wide-angle vision is replaced with very narrow fields of view. A simple turn of the head inside a cockpit requires a mechanical action in an RPA — either via camera or reorienting the RPA itself. Mechanical action translates to time, and time translates directly to a level of situational awareness.

As mentioned, this can be compounded by latency in the control data transmissions to and from the RPA. Further, in the RPA world, the pilot is no longer at the center of the display even though the aircraft is. The physical forces on the aircraft and its relation to its environment must be transferred via that invisible tether to the pilot and then presented in a manner that can be interpreted and acted upon. When the pilot directly can see the RPA from the ground, this is a relatively simple proposition, but when it leaves the pilot’s line of sight and situational awareness becomes display-centric, the complexity increases rapidly. Situational awareness is then directly coupled with the requirement to conduct the proactive/predictive flying already described.

To accommodate this new complexity, we propose transforming the current CRM model of manned aviation into a situational resource management (SRM) model for the RPA community to better integrate the “automated crewmember” aspect of their systems into human processes and to mentally place RPA pilots in the remote reality.

If we presuppose that tomorrow’s airspace will look similar to today’s, we quickly can foresee significant challenges. Consider what now is termed uncontrolled airspace, the home of much of general aviation. If we project forward to a time when the small-scale RPA become significant airspace users, this airspace segment will become a battleground for both utilization and regulation.

Business, government and private users already are clamoring for unfettered access and use of this traditionally uncontrolled regime. But the legacy rules-of-the-road protections and basic airmanship fundamentals would begin to falter in an environment where see-and-avoid is drastically diminished, situational awareness of the operator is reduced to a mere fraction, and pilot/RPA response times are delayed.

Adding to this challenge is the relative size of many of these RPA. Manned aircraft pilots understand how difficult it is to see full-size aircraft against hazy horizons, cluttered fields or urban cityscapes. When these aircraft are reduced in size by an order of magnitude, their radar-detected cross sections are shrunk proportionally, and reciprocal see-and-avoid by the RPA pilot is absent, there is a significant hazard potential in the low-altitude regimes.

Even more significant is the operation of these aircraft in the vicinity of today’s urban airports such as those in Los Angeles, Chicago or San Diego, where urban sprawl extends literally to the fence lines of the airport. The RPA will be nearly invisible to pilots of manned aircraft in these dense environments and will pose a threat to the aircraft utilizing the departure and arrival corridors. The desires of the manned-aircraft general aviation community for maximum flexibility and utilization of airspace must be carefully weighed against the safety hazards that will be potentially created by the RPA proliferation in areas of population-dense or controlled-airspace interfaces.

Just as today there are many levels of manned aviation enthusiasts and professionals, tomorrow there will be the same strata in the remote aviation community. Each gradation of manned-aircraft pilots existing today will have a direct counterpart tomorrow in the remotely piloted world. Naturally, simple RPA with low-performance characteristics require fewer capabilities from their pilots than those expected for operating the sophisticated, high-performance RPA. But commonalities will remain. Basic airspace environment fundamentals and regulatory compliance, weather, aerodynamics, flight systems, navigation and maintenance knowledge persist for all of them.

Similarly, preflight planning and briefing protocols, hazard/risk assessments and contingency planning must still be conducted. Just as in manned aviation today, the key variable will be the level of complexity. If the fundamentals of piloting —learned by trial and taught through professionalism — are maintained and built into the foundation of the RPA future, there is every expectation that this transition can be accomplished safely and coherently for the benefit of us all.

Thomas Anthony is the director of the Aviation Safety and Security Program at the University of Southern California. David Royo is an instructor in the program and serves as the Chief of Safety for combined P-3 and UAS operations in U.S. Customs and Border Protection.

The opinions expressed here are the authors’ and not necessarily those of Flight Safety Foundation.

InSight is a forum for expressing personal opinions about issues of importance to aviation safety and for stimulating constructive discussion, pro and con, about the expressed opinions. Send your comments to Frank Jackman, director of publications, Flight Safety Foundation, 701 N. Fairfax St., Suite 250, Alexandria VA 22314-2058  USA or jackman@flightsafety.org.