The NTSB is urging new steps to mitigate fatigue during overnight flights. 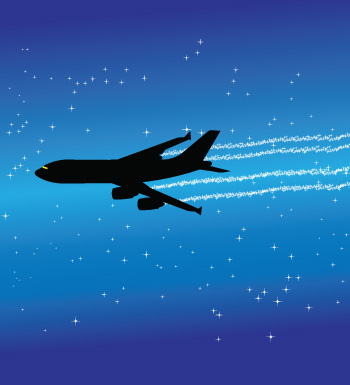 Commercial flight crews engaged in overnight operations should be required to discuss fatigue in briefings before every departure, the U.S. National Transportation Safety Board (NTSB) says, citing the Aug. 14, 2013, crash of a UPS Airbus A300-600 during an early morning approach to Birmingham, Alabama, U.S.1

The crash just short of the runway at 0447 local time — 43 minutes after departure from Louisville, Kentucky, U.S. — killed both pilots, the only people aboard. The airplane was destroyed by the impact and subsequent fire.

In its final report on the accident, adopted in September, the NTSB cited flight crew fatigue among four contributing factors to the accident. The report said the probable cause was the crew’s “continuation of an unstabilized approach and their failure to monitor the aircraft’s altitude during the approach, which led to an inadvertent descent below the minimum approach altitude and subsequently into terrain.”

The report noted that both pilots had complained before the accident about fatigue, and that they had discussed their tiredness during the flight.

Accident investigators’ interviews with pilots who knew the captain revealed “that he was concerned about his schedules over recent years and that he had told them that the schedules were ‘killing’ him and becoming more difficult,” the report said. Nevertheless, an analysis of his work schedules for the 60 days preceding the accident showed that, although his three previous trip pairings had required him to fly six days straight, after each of those pairings he had at least seven days off, “allowing for adequate time to recover from any sleep debt he may have acquired while on duty.”

The captain’s wife said he had been healthy and happy and had exercised often in the days before the accident — a description that the report said was “not characteristic of someone experiencing chronic fatigue.” He also slept well the two nights before the accident flight, according to his wife, and “took several steps to minimize the effects of fatigue due to the circadian clock2 before going on duty Monday night [Aug. 12],” including a nap during the day and an 80-minute “rest opportunity” in a crew sleep room at Louisville International Airport.

Despite the captain’s sleep preparations, the report said that he might have been experiencing fatigue at the time of the accident because of the natural dip in the body’s circadian rhythm that occurs between 0200 and 0600 — a time when the human body is programmed to be asleep and alertness and performance are degraded.3

The first officer began the trip pairing on Aug. 10 with a flight from Louisville to San Antonio, Texas, where she had a scheduled 62-hour layover, the report said. From San Antonio, she boarded a commercial flight to Houston to visit a friend. Her husband said that, when she was not working, the first officer typically slept between nine hours and 10½ hours a night. While in Houston the night of Aug. 10, however, she slept about 6½ hours. She returned to San Antonio on an afternoon flight on Aug. 12 and, although she had two opportunities of about an hour each to nap before reporting for duty, investigators could not determine whether she slept at those times.

“It appears that the first officer chose to revert to a diurnal schedule during her 62-hour layover, sleeping at night and being awake during the day,” the report said. “Her PED [portable electronic device] usage indicated few opportunities for sleep during the layover. Although she was not required to stay in [San Antonio], she was required to arrive for work fit for duty and should have ensured that she received adequate sleep before reporting for duty on August 12.”

UPS would have paid for her to stay in a hotel room in San Antonio during the layover, the report said, noting that she could have taken that opportunity to adjust to a nocturnal schedule.

The report added that, “because the accident occurred during the window of circadian low, the first officer was awake in opposition to her normal body clock and would have been more vulnerable to the negative effects of fatigue that she was already experiencing.”

When she reported for duty, the first officer probably had been awake about 13 hours; her duty period required that she be awake for an additional 9½ hours. She texted a friend about 90 minutes before going on duty that she was “getting sooo tired.”

She left San Antonio at 2151 on Aug. 12 to fly three legs, and ended her workday after landing at Chicago Rockford International Airport (RFD) at 0553 on Aug. 13. Accident investigators calculated her sleep debt then, at the start of a 14½ hour layover, at more than nine hours. During her layover, she had two sleep opportunities totaling about 5½ hours — less than the seven to nine hours typically recommended for adults and less than the nine to 10½ hours that had been described as typical for her.

“She did not afford herself the opportunity to obtain additional sleep, as evidenced by her repeated PED usage and the fact that she was out of her room from about 1100 to 1522,” the report said. “The first officer was aware of her fatigued state, as she texted a friend about 1118, stating … ‘i fell asleep on every … leg last nite- in rfd now. … slept like 4 … [hours] … hoping i will nap again this afternoon.’ Given the first officer’s discussions with friends about her fatigue, she should have used her off-duty time more effectively to obtain as much sleep as possible.”

She returned to duty at 2036 on Aug. 13 and flew two legs with the accident captain. When they landed in Louisville, she had a sleep opportunity of almost two hours and obtained a sleep room. The cockpit voice recorder later recorded her telling the captain that she had slept and that she had been tired when her alarm rang before the flight.

“There was no follow-up discussion by the captain about whether the first officer was fit for duty,” the report said. “Even if the first officer had been able to take advantage of the full rest period in RFD and the sleep opportunity in [Louisville], due to the excessive sleep debt acquired over the previous two days due to her personal choices and the accident flight occurring during the window of circadian low, it is unlikely that she would have been able to fully recover and be adequately rested for any of her duty period that began on the evening of August 13.”

The report said that the first officer made several errors during the flight that would have been consistent with being fatigued; among them were not recognizing “cues suggesting that the approach was not set up properly,” not adequately cross-checking and monitoring the approach and missing callouts.”

In a concurring statement included in the final report, NTSB Member Mark Rosekind, an expert in human fatigue, noted that, in 45 years of accident investigation, the agency has identified fatigue as a factor in numerous accidents in aviation and other transportation modes, and issued more than 200 safety recommendations involving scheduling policies, sleep disorders and related technological issues.

In this accident report, he added, the board described “fatigue’s pivotal role in the events causing this accident. It is only through a precise and complete understanding of how sleep loss and circadian factors affected the crew’s management of the landing approach that we can help avoid incidents like this in the future, see where the related safety gaps are in aviation and apply what we have learned to safety across all transportation modes.”

The U.S. Federal Aviation Administration (FAA) implemented new, stricter flight and duty time limits effective in January 2014 for Federal Aviation Regulations Part 121 passenger operations, but cargo operators were exempt from the new rules. The NTSB has said repeatedly that the rules should apply equally to passenger and cargo operators — a concept endorsed by UPS pilots but not by the company.

The new rules were not in effect for any operator at the time of the crash. Nevertheless, the report said that an FAA analysis of the accident crew’s schedule for this pairing (which constituted four days for the captain and seven days for the first officer) showed that it would have been in compliance with the new scheduling rules.

At the time of the accident, UPS had a fatigue risk management program, which included training on fatigue and more stringent limits on flight and duty time than required under Part 121. Company policy said that pilots who reported being too fatigued to work “would be immediately removed from duty until they felt fit to fly again,” the report said. “The crewmember was then required to complete a fatigue event report that would be reviewed by company and union representatives to determine if the company or the crewmember was responsible for the fatigue. If it was determined that the crewmember was responsible, … the crewmember’s sick bank would be debited for the time not flown.”

The policy also allowed the crewmember to repay the sick-bank debit by working an extra trip during the current pay period or one of the next two periods, the report said, adding, “The NTSB concludes that the first officer did not adhere to the UPS fatigue policy; she could have called in fatigued for the accident flight if she were not fit for duty and been immediately removed from duty until she felt fit to fly again.”

The report noted that when a pilot called in fatigued, the airline placed a note in his or her file — an action that the union, the Independent Pilots Association (IPA), said was punitive.

The report’s recommendations said UPS and the IPA should work together to give the pilots more information about fatigue and fatigue mitigation and that they should:

•    Review the company’s fatigue-event-reporting system “to determine the program’s effectiveness as a nonpunitive mechanism to identify and effectively address the reported fatigue issues” and implement whatever changes are needed to “enhance the safety effectiveness of the program”; and,

•    “Counsel pilots who call in fatigued and whose sick bank is debited to understand why the fatigue call was made and how to prevent it from recurring.”

Preflight briefings only sometimes discuss fatigue, depending on pilot preferences, the report said.

“Given the increased likelihood of fatigue during overnight operations, briefing the threat of fatigue before every flight would give pilots the opportunity to identify the risks associated with fatigue and mitigate those risks before taking off and throughout the flight,” the report said.

The report’s fatigue-related safety recommendations also included a call for the FAA to require principal operations inspectors to ensure that operators of overnight flights conducted under Part 121 — and also Part 135 (commuter and on-demand) and Part 91 Subpart K (fractional) operations — brief the threat of fatigue, especially before flights that occur during the window of circadian low. 

2.    The body’s circadian clock is a biological clock in the brain that regulates patterns of sleep and wakefulness during each 24-hour period.