Shifting aeromedical requirements could lead to new methods of dealing with mental health. 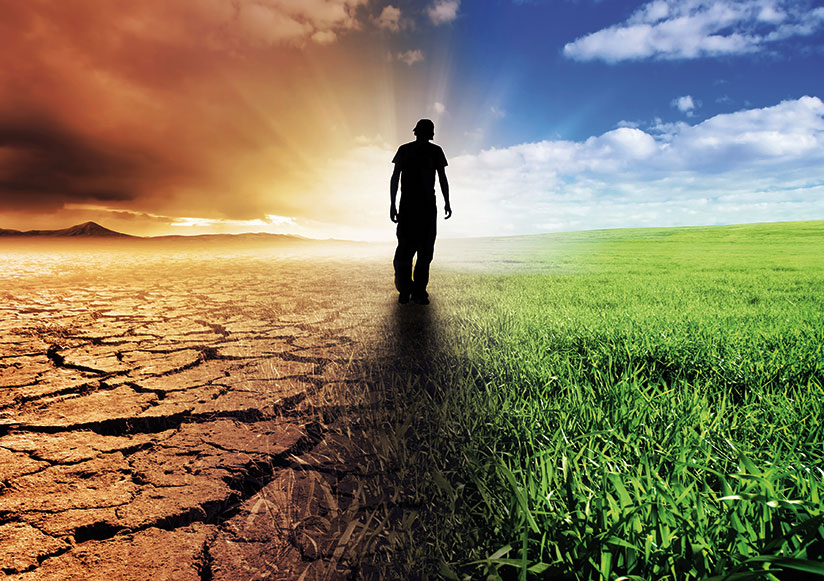 Aeromedical authorities are mulling changes in their requirements for routine aviation medical examinations that they say could ultimately focus new attention on pilots’ mental health.

The International Civil Aviation Organization (ICAO) is considering a move to upgrade into a requirement an existing recommendation that national aviation authorities implement a health education system for holders of pilot licenses.1 If approved by ICAO’s Air Navigation Commission, the requirement would, by late 2016, become part of a larger program to address pilots’ mental health, Anthony Evans, chief of ICAO’s Aviation Medicine Section, says.

“We need an industry-wide (regulators, airlines, pilot associations) approach to the issue,” Evans said, adding that the approach must include “better education associated with a system to support those who have a mental health problem.”

Evans made the remarks in the aftermath of the March 24 crash of a Germanwings Airbus A320 in the French Alps. All 150 people in the airplane were killed, and, although the French Bureau d’Enquêtes et d’Analyses has not completed its investigation, preliminary reports indicate that the first officer locked the captain out of the cockpit and set the A320 on a collision course with the ground. News reports have quoted German authorities as saying that the first officer had been treated for depression for a lengthy period before receiving his pilot license and that he had shown suicidal tendencies.2

Mental health issues have figured only rarely in commercial transport aviation accidents and incidents, and in some cases, accident investigators have been unable to agree on the role played by a pilot’s mental state (see “Accidents Linked to Pilot Mental Health”). Nevertheless, aeromedical authorities have revised guidelines in recent years in hopes of improving their ability to identify pilots with problems.

ICAO’s proposal has been under review for months, long before the Germanwings crash, and as long ago as 2012, the ICAO Manual of Civil Aviation Medicine had noted the need to pay more attention to mental health issues. “Particularly in the younger license holder,” the Manual says, “there is an apparent mismatch between the likelihood of the existence of particular pathologies of flight safety importance (mainly mental and behavioral problems) and the tools being used to detect them (the traditional medical examination).”

The Aerospace Medical Association (AsMA) has voiced similar concerns, and in comments posted on the organization’s website after the Germanwings crash, AsMA President Philip J. Scarpa Jr. said that “there is room for improvement in the airline industry for mental health screening in pilots.”

He added, “Most airlines do not perform any periodic mental health assessments after an initial screening during the hiring process.”

Conditions that arise suddenly are difficult to predict “and do not justify routine testing,” Scarpa said, but depression, anxiety, mania and other conditions can be diagnosed more easily “and are so worth screening for.” He noted that his organization has endorsed “effective, minimally intrusive, easy-to-use tests” during a routine aeromedical exam.

Along with screening, the industry also should try to educate pilots and their families on how to identify and report signs of mental illness, he said.

“Also, providing ‘safe zones’ for pilots to report any issues is important to encourage reporting,” Scarpa said. “These safe zones, such as one’s pilots union, provide a sense of protection from retribution and social stigma for the pilot and have been very successful in receiving reports and providing intervention that otherwise would have been missed.”

AsMA’s mental health recommendations — developed after a March 27, 2012, incident in which a JetBlue captain turned off the radios on his Airbus A320, told his first officer that they would not be going to their planned destination and began yelling about Jesus and terrorists4 — said that use of safe zones has helped increase rates of reporting of mental health issues and of providing assistance.

AsMA said that it “does not recommend an extensive psychiatric evaluation as part of the routine pilot aeromedical assessment” but rather that “greater attention be given to mental health issues by aeromedical examiners and by the aviation community in general, especially to the more common and detectable mental health conditions and life stressors that can affect pilots and flight performance. We encourage this through increased education and global recognition of the importance of mental health in aviation safety.”5

The guidelines also suggested that the examining physician could question the pilot, “in a way that helps promote a nonthreatening environment and builds rapport with the pilot,” about work, home and family. The pilot’s responses could “reveal situations and stressors faced by the applicant which could be ameliorated,” the guidelines said.

“The problem that the aviation industry has is complicated and very layered,” said Frey, who has administered workplace psychological evaluations in several industries, including aviation. He added that full-scale psychological testing has been a best practice for years in many industries and that a mental health testing component should be added to routine aeromedical exams, which traditionally have dealt primarily with physical health.

If administered and reviewed properly, he said, the tests can help identify mental health issues, even if the test-takers try to hide their problems. Underreporting of workplace stress, fatigue and symptoms of depression and anxiety is “endemic in the industry,” Frey said. “There are many defenses that aviation companies put in place …. But unfortunately, there are still too many holes. … It’s easier in this industry to address engineering deficiencies, structural deficiencies … and much more difficult to address the liveware component.”

The European Federation of Psychologists’ Associations (EFPA) and the European Association for Aviation Psychology (EAAP), in a joint statement, endorsed not only a psychological assessment before beginning flight training and before starting work at an airline but also “recurrent evaluation of pilots’ mental health, both in the context of the periodic medical examination … and of well-accepted airline policies and procedures to ensure fitness to fly.”6

Nevertheless, the organizations added, the existing psychological assessments and human factors training are “among the elements that make aviation the safest form of transport around the world” and contribute — along with technical advances and operational requirements — to making events such as the Germanwings accident “highly exceptional.”

Frey said that the underreporting by pilots of symptoms of depression and anxiety, and potentially related problems, has made it difficult to estimate the extent of these mental health issues in the aviation industry.

Data are not available to determine the extent of depression among pilots, Frey said, adding that when pilots are questioned about mental health issues, they tend to “underreport their weaknesses and over-report their strengths.”

Nevertheless, he said, “you can extrapolate that if it’s that bad in general society, … it could be just as bad in the aviation industry.”