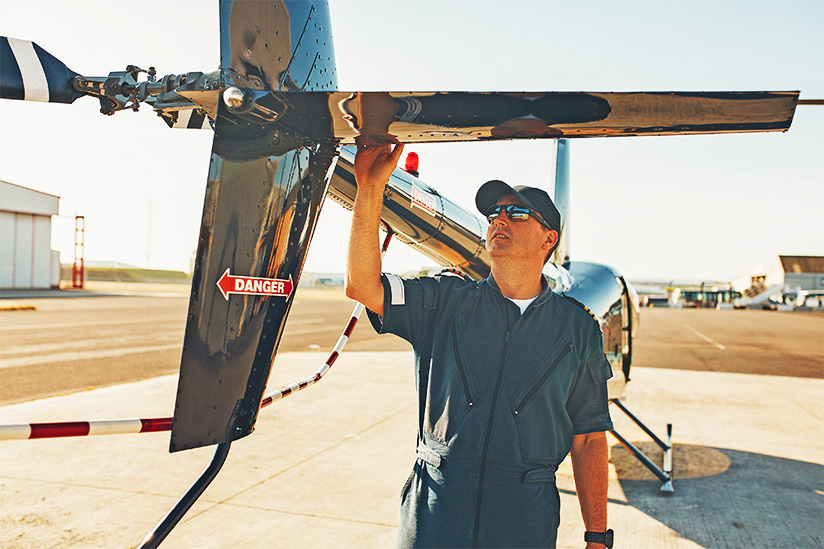 A study of U.S. fatal helicopter accidents reveals that more than half fell into one of three categories — loss of control–in flight (LOC-I), unintended flight into instrument meteorological conditions (UIMC) and collision during low altitude operations (LALT) while intentionally operating near the surface.1

The U.S. Helicopter Safety Team (USHST) issued a report on its study in October, along with 22 recommended “safety enhancements” that address four general issues — safety management, competency, LOC, and IMC and visibility —  and are intended to reduce the number of fatalities.

The study examined 104 fatal helicopter accidents that occurred between 2009 and 2013; the accidents were analyzed according to the taxonomy developed by the Commercial Aviation Safety Team (CAST) and the International Civil Aviation Organization (ICAO). Using the CAST/ICAO Common Taxonomy Team’s (CICTT’s) guidelines, the USHST researchers assigned each accident to a single CICTT occurrence category.

Personal and private flights were involved in more fatal accidents than any other segment of the helicopter industry, followed by helicopter air ambulance operations, commercial operations and aerial application flights. Combined, the four industry segments accounted for 59 percent of the fatal accidents that were included in the analysis. The four were identified as the areas that will be the initial focus of all 22 safety enhancements.

As part of its effort to achieve the goal, the USHST began identifying data-driven risk mitigations that ultimately were announced over several weeks in September and October.

More of USHST’s safety enhancements were aimed at safety management than any other category, addressing pre-flight action, proactive initiatives and beneficial technology. They include the following:

The six safety enhancements addressing competency call for increasing the use of “relevant simulation to rehearse at-risk scenarios to educate and to develop safe decision making.” Among the accidents cited for prompting development of the safety enhancements was an Oct. 4, 2011, accident in which a heavily loaded Bell 206B spun into the East River in New York City, killing two passengers and seriously injuring a third, who died more than a month later.3

Other recommendations dealt with re-defining effective safety culture in a way that is “more applicable and relatable to the day-to-day work of frontline helicopter professionals,” improving transition training for pilots transitioning to make and model helicopters with which they previously had little or no experience, and providing guidance on the improvement of competency-based training and assessments.

The USHST said it would work to implement five safety enhancements related to LOC-I, including convening a team of training experts “to develop consensus on recommended practices for standard training” of helicopter flight instructors on autorotation and emergency handling.

The USHST also called for adopting “progressive approaches” to autorotation training, developing recommendations for improving simulator models for “outside-the-envelope flight conditions” and encouraging development of a stability augmentation system (SAS) or autopilot or both for light helicopters.

Among the accidents that the USHST said prompted the SAS/autopilot safety enhancement was the Oct. 11, 2012, crash of a Robinson R44 II in Blanco, Texas. The U.S. National Transportation Safety Board (NTSB) cited as the probable cause “the pilot’s loss of helicopter control as a result of spatial disorientation due to dark night conditions and marginal visual flight rules weather conditions.”4

Four visibility-related safety enhancements call for research and development on enhanced vision systems technologies, including night vision goggles, “to assist in recognizing and preventing unplanned flight into degraded visibility conditions due to weather and to increase safety during planned flight at night”; and for development of training for “recognition of spatial disorientation and recovery to controlled flight.”

USHST’s work sprang from its adoption in 2016 of an approach to accident analysis that closely followed efforts by CAST and the General Aviation Joint Steering Committee (GAJSC), which were operating under their own data-driven processes to develop risk-reduction plans. The GAJSC had established, in 2011, a goal of reducing the general aviation fatal accident rate by 2018 to no more than one fatal accident per 100,000 flight hours. CAST, which was established in 1998, is credited with achieving an 83 percent reduction in the commercial aviation fatal accident rate within 10 years.