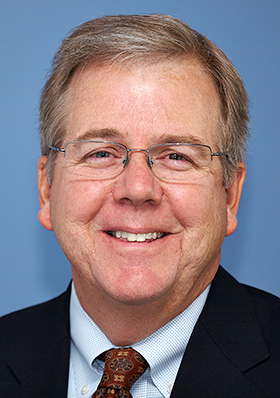 Once again, we have been reminded of the significance of our aviation system safety work, including the intense news media scrutiny that a single aviation event can generate. The tragic situation involving Malaysia Airlines Flight 370 (MH370), which had lasted 31 days as I wrote this, has brought our industry role into sharp focus.

You may have noticed, and perhaps wondered, why Flight Safety Foundation was not front-and-center in the media speculation on the root cause of this event. The answer lies in the word speculation. Quite simply, we refused to add to the mass of speculation already being disseminated.

The Foundation prides itself, and our members demand, that we be a voice of reason and calm in situations like this. That is why, after most of the wild speculation passed, we chose to call for a detailed review of technology and processes to improve aircraft location-tracking in a practical and prudent manner. We believe that this is the seminal issue that needs to be addressed.

We recognize that aircraft location-tracking is not a primary flight safety issue, such as training, reliability or compliance. But in this day and age, not being able to locate, in a timely manner, a large commercial airliner is unacceptable. More expeditious discovery of a missing airplane would not only aid in search and rescue but also allow faster understanding of the issues that caused the accident and, hopefully, bring comfort to the victims’ families.

There also is a deep connection with our strategic priorities, previously introduced in this column, to better utilize data to improve investigations and safety. The aviation system is astoundingly safe, but we cannot pass on opportunities to make it ever safer. The Foundation is pleased to be working with our safety partners around the world in a leadership role to bring forward the dialogue, and ultimately to take action, to continually improve aircraft tracking, operations and safety.

Leading this charge for the Foundation will be our newly appointed president and CEO. After an exhaustive search, the Board of Governors is pleased to announce that Jon L. Beatty will assume leadership in late April. Jon brings a strong, senior aviation management background to the post. The Board is thrilled to have a person with his business and technical credentials coming aboard to guide us forward. We are confident that he will bring fresh ideas and vision to all aspects of the Foundation.