Safety data will help Asia and Pacific regions to ensure that initiatives address issues of highest probability and severity. 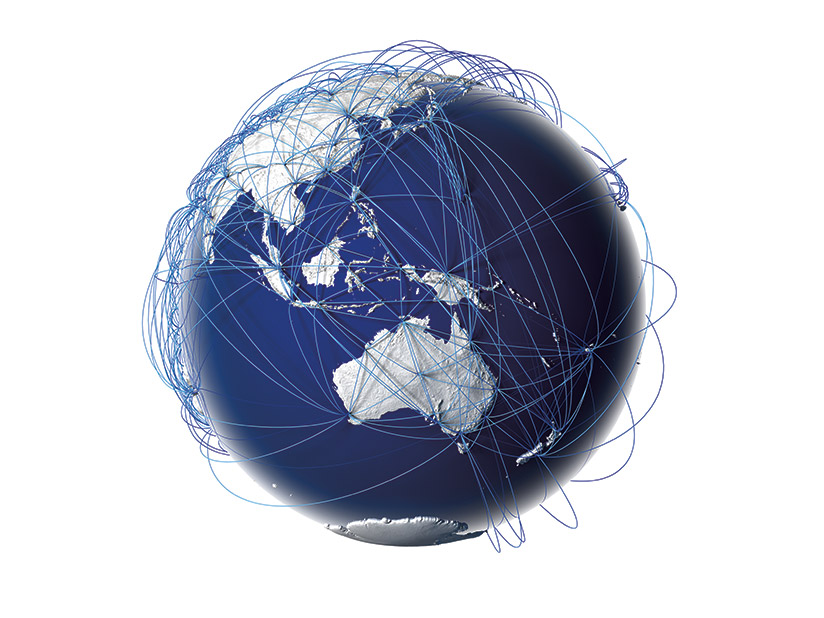 The Regional Aviation Safety Group–Asia and Pacific Regions (RASG-APAC), established in November 20111 as an initiative of the International Civil Aviation Organization (ICAO), has staked its success in reducing fatal accidents in commercial air transport on two things: sharing and processing routine flight operations data with the most advanced types of predictive analysis, and significantly increasing state/administration and industry engagement in this effort. This strategic commitment favors collective analysis over expert opinions as the driver of issue prioritization, according to documents reviewed in ASW searches of ICAO website public areas <icao.int>. The group’s leaders acknowledge, however, they must persuade far more of these stakeholders to implement the safety enhancement initiatives published so far.

Prioritization work also considers information from outside the region, including from the U.S. Federal Aviation Administration’s (FAA’s) Aviation Safety Information Analysis and Sharing (ASIAS) program and European sources. RASG-APAC last year also discussed an initiative for a demonstration project for creating a regional safety data collection, analysis and information sharing system. Member states still have not yet decided whether to fully engage in the demonstration project. Flight Safety Foundation and The MITRE Corp. have worked together to formulate the structure of this demonstration project, ICAO said.

A 2015 ICAO report explains why collective data-driven decision making — along with improving many states’ capability for objective accident and incident investigation — gained today’s resonance and urgency among RASG-APAC member states. “The evolution from reactive to predictive safety management and data-driven regulatory oversight systems hinges on the availability of high quality safety data. Proper risk management and oversight is also reliant on the effective investigation of accidents and incidents in order to prevent recurrence,” ICAO said. “Many APAC states have yet to fully implement ICAO Annex 13 [Accident and Incident Investigation] requirements for accident investigation [i.e., 53 percent effective implementation of the annex standards]. [RASG-APAC’s Accident/Incident Investigation Group–Ad-Hoc Working Group] recommendations offer guidance to states to at least meet the minimum requirements. …

“Furthermore, APAC states often lack the resources and expertise to manage and collect data on a state level, and there are currently no formal mechanisms in place that allow for the sharing and benchmarking of information at the regional level. Finally, while many air operators in APAC have flight data analysis programmes, many have yet to fully incorporate the data into their risk management decision making and few are leveraging … the valuable information available from external data-sharing platforms such as the [International Air Transport Association (IATA)] Flight Data Exchange (FDX) or the FAA [ASIAS] programmes.”

A related 2015 ICAO “success stories” report said that RASG-APAC’s data-driven strategy utilizes its limited resources in the three most critical areas identified: runway excursions, controlled flight into terrain (CFIT) and loss of control–in flight (LOC-I), the primary categories of fatal accidents in the region. Its safety team has developed and circulated safety enhancement initiatives to reduce the factors in these primary areas, and its reporting team has issued 2013 and 2015 confidential safety reports.

In February 2015, an RASG-APAC report cited several challenges facing the group, even with wide support for data-driven methodology: 20 states in the region scoring below the global average of effective implementation of ICAO standards for aviation safety oversight; meeting attendance and responses to letters below expectation; response to surveys very low; and concern that the group’s volunteer facilitators and champions who develop safety enhancement initiatives eventually could become discouraged by the “extremely low” level of implementation of these safety initiatives so far at the state and industry level.2

“The success of RASG-APAC initiatives resulting in a reduction in fatal accidents will be mainly dependent on the level of commitment by all member states and industry to implement RASG safety enhancement initiatives,” the report said.

In one related RASG-APAC–prompted action, an ICAO state letter in February 2015 encouraged the region’s states to follow a proposed ICAO standard, under consideration since 2013, that, “States shall establish an accident investigation authority that is independent from state aviation authorities and other entities that could interfere with the conduct or objectivity of an investigation.” Another of the group’s new activities seeks to objectively determine whether English-language proficiency has been adequate among APAC entities involved in responding to accidents and missing aircraft scenarios.

In October, RASG-APAC launched its Safety Enhancement Initiatives Working Group; got updates from the APAC Accident Investigation Group of Experts and the Safety Reporting and Programme Working Group; and followed up on the RASG-APAC work program, ICAO reports said. These working groups also have compiled and distributed regionally suitable information on runway incursion, runway excursion and runway confusion occurrences, including guidance on related scenario-based training for pilots and air traffic controllers.

Other issues receiving recent consideration included updating/monitoring regional work plans related to accident/incident investigation in member states. One example of an activity was expanding the region’s database of underwater search resources. For this, the ICAO APAC Office invited state governments and administrations to nominate the participants who attended the Advanced Aircraft Accident Investigation Training and Workshop on Underwater Search of Flight Recorders.

RASG-APAC also formally requested that the Asia/Pacific Air Navigation Planning and Implementation Regional Work Group (APANPIRG) — a counterpart that focuses on infrastructure issues and on risk identification and mitigation by air navigation service providers — consider creating a joint data analysis entity that “manages air traffic services safety incidents/concerns/occurrences for onward reporting to [APRAST] for further action.” ICAO views this type of joint safety oversight of the infrastructure for monitoring air traffic management data to be crucial, and expects that during 2016 this “accounts for and properly manages existing and emerging risks (i.e., approaches with vertical guidance … to mitigate CFIT and runway excursion).” 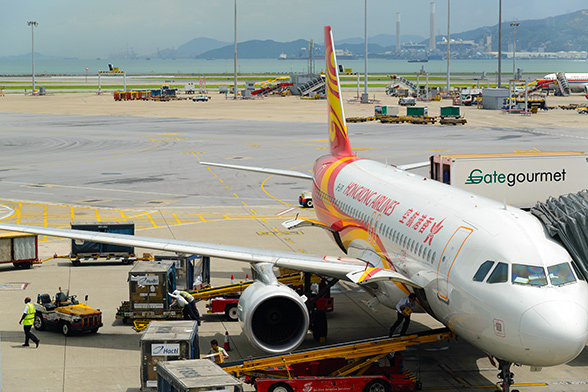 A second coordination meeting in May 2015 between these two entities led to an agreement to coordinate efforts on relevant parts of 10 regional air navigation priorities to avoid duplication of their safety efforts, and for RASG-APAC to share results of all its work on CFIT, runway safety and LOC-I to enhance APANPIRG’s work on ICAO Aviation System Block Upgrades (ASBUs). These comprise the modernization of global airspace using a satellite-based navigation strategy, automation, collaborative decision making, advanced safety capabilities (such as full trajectory-based operations) and supporting ground-air communication and networking technologies.

Regarding the group’s priority titled reduction of operational risks, RASG-APAC’s targets are to complete its development of 31 of 40 currently identified priority safety enhancement initiatives by the end of 2016; for state authorities and industry to implement all safety enhancement initiatives in the group’s work program by 2018; and to achieve “reduction in the number of fatal accidents in 2018 compared to 2014 irrespective of the volume of air traffic in the APAC region.” The seven states that responded to an ICAO research survey in April 2015 said they have implemented a total of 20 of these initiatives.3

Regarding the group’s priority titled improvements to safety oversight and compliance, RASG-APAC’s targets by the end of 2015 were driven by data from the ICAO Universal Safety Oversight Audit Programme Continuous Monitoring Approach (USOAP CMA). They included capacity building to handle air traffic growth, specifically by implementing an action plan in 2016 to increase the workforce of qualified inspectors so there is at least 60 percent effective implementation of USOAP CMA qualified-personnel standards by 2017, and so that the group assists local experts in Nepal and Thailand to promptly resolve significant safety concerns in the area of air operator certification per state-ICAO corrective action plans.

Regarding the group’s priority titled consistent and effective SMSs and SSPs, the targets call for airlines and other aviation service providers defined by ICAO to implement SMS by 2017, and for all the region’s “states to implement the full ICAO SSP by 2022.” At the seventh APRAST meeting held Aug. 31–Sept. 4, government and industry representatives shared best practices in SMS and discussed an effective system to monitor and to support outside assistance to states, if necessary, in the implementation of SMSs and SSPs.

Regarding the group’s priority titled predictive risk management and advanced regulatory oversight, the targets — as noted — aim to facilitate benchmarking and sharing of data, and call for establishing a structure for safety data collection, analysis and sharing; an action plan to implement standardized taxonomies for data collection in the region (improvements such as uniform description of safety events, ramp inspection outcomes, and uniform definitions of audit findings) to facilitate benchmarking and sharing data among member states; and ultimately a data analysis infrastructure that enables predictive risk management.

States and industry were urged to quickly achieve this level of regional sharing — and collaboration beyond the region — so that 50 percent of APAC air operators are participating in flight data sharing initiatives by 2016, and so states can be confident of “fully effective,” regionwide predictive risk management by 2027. All these issues were discussed by RASG-APAC working groups in late 2015.

Regarding the group’s priority titled enhanced aviation infrastructure, the targets call for prioritizing readiness to maintain or enhance operational safety margins during implementation of the ASBUs.

ICAO said this urgency for some Asia Pacific states became apparent in RASG-APAC’s own analysis of USOAP CMA data: “Particular attention should be paid to runway safety. Most aerodromes in the region are not certified due to lack of capacity of their respective regulatory authorities. The aerodrome and ground aids … module has one of the highest levels of lack of effective implementation [of ICAO standards, 39 percent, and this remains a key metric being monitored]. In 2012, 13 percent of APAC accidents included threats that were related to the malfunction or unavailability of ground-based navigation aids.”

Entering 2016, the group’s strategy for improving aerodrome and ground aids will continue to emphasize runway safety programs, runway safety teams, safety workshops/seminars at least annually, inter-organizational SMS and collaborative decision making to address the safety concerns at specific airports. The latest quantitative targets are for all APAC airports with international flight operations to have a runway safety team implemented, and for the region’s states/administrations to score at least 60 percent in effective implementation of ICAO’s aerodrome and ground aids standards. As one of its preferred tactics for both, RASG-APAC expects to launch go-teams to assist airports in establishing runway safety teams and SMS.

Singapore to Promote Aviation Safety in Asia-Pacific Through New Summit