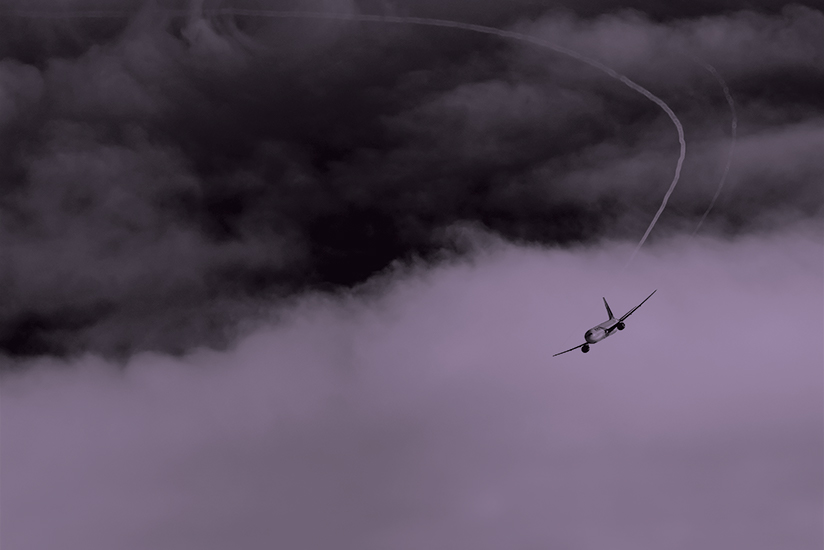 Imminent strategic recommendations of the Go-Around Decision-Making and Execution Project, a research effort sponsored since 2011 by Flight Safety Foundation, will aim to reduce all-too-familiar risks during the approach and landing phase of airline flights. Attendees got a preview of the draft final report Nov. 12 during the Foundation’s 67th annual International Air Safety Summit (IASS) in Abu Dhabi, United Arab Emirates. Its publication has been scheduled for early 2015.

A series of three articles in AeroSafety World by the principal investigators (ASW, 2/13, ASW, 4/13 and ASW, 6/13) detailed the stages and interim findings of the project, said William F. Curtis, a captain and chairman of the FSF International Advisory Committee (IAC). He shared credit with the co-chair of this project — Tzvetomir Blajev, chairman of the FSF European Advisory Committee (EAC) — who did not attend IASS 2014.1 The project emerged from preliminary data analysis — corroborated by independent studies — that showed that “almost complete (97 percent) failure to call go-arounds as a preventive mitigation of the risk of continuing to fly unstable approaches constitutes the no. 1 cause of runway excursions, and therefore of approach and landing accidents,” said Curtis, also senior adviser, organizational and operational safety, human factors risk management, The Presage Group.

The project’s end-stage activities were designed to enhance understanding of the psychology of compliance and noncompliance with airline policies when pilots decide to continue to fly unstable approaches rather than call for go-arounds, he told the IASS. The Presage Group conducted research on pilot characteristics that differentiate these decision alternatives, the objective conditions most associated with continuing to fly unstable approaches and go-arounds, and awareness of competency differences as measured for each of nine psychological constructs comprising the Presage Dynamic Situational Awareness Model.

“The issue is our ineffective go-around policies,” Curtis said. “It’s almost hard to comprehend, but when we look at the go-around rate, it’s on the order of one per 30 unstable approaches — 3 percent. Approximately 65 percent of all the industry accidents have been approach and landing accidents … year in–year out … for the past few decades. [Yet] 83 percent of approach and landing accidents are preventable with a go-around. Very simple analysis and math — 65 percent times 83 percent — [show that] potentially 54 percent of all our accidents could be prevented with a single decision to go around. Just think of the power of that go-around decision for a moment.”

Project researchers concluded that the legacy criteria that flight crews use to identify an unstable approach, coupled with prevailing airline policies and guidance calling for a go-around when an approach becomes unstable, have become unrealistic and unmanageable. The discrepancy between official policy and actual practice creates negative side effects. Among explanations for this discrepancy is that pilots often have to factor into their go-around decisions subjective judgments and situational awareness about the level of risk in landing versus the level of risk in conducting the go-around maneuver in flight-specific (as opposed to generic) circumstances.

“First of all, you have to have guidance that is trusted and believed in,” Curtis said. “If your employees don’t believe in the [go-around] policy, they will find a way around it. Equally as important, maybe more important, is the management of that policy … by the managers.”

In simplified terms for the IASS report preview, a go-around decision involves objective conditions (factors the flight crew must respond to but cannot control, such as weather, runway in use or condition/serviceability of the aircraft); effectiveness of situational awareness (which can be influenced by training); and pilots’ risk assessment that leads to the go-around decision during flight.

The Presage constructs used in the project’s research included the gut feeling for threats of pilots faced with this decision (which Curtis described as the “visceral, brain stem response to something that the subconscious is telling you … very powerful and very often correct and right, and you should follow it”). Another construct was functional awareness, which means expertise in performance metrics such as how well the pilots understand their flight instruments and equipment. Situational awareness also involves  relying on experience, which in the case of go-arounds during line operations, many pilots rarely, if ever, experience. “Experience is not always working in your favor,” Curtis said.

Another psychological construct studied was anticipatory awareness, or how well pilots will predict threats such as those generated by weather in front of the aircraft. Pilots also are affected by the construct of knowing the limits and boundaries, such as landing distances and crosswind limits. Another construct, compensatory awareness, concerns how well pilots adjust to threats such as those introduced by a late change in the wind or runway condition. Researchers also considered a construct called relational awareness, the concept of flight crewmembers’ interaction and communication “to keep each other safe.” Another construct was hierarchical awareness, referring to mastery of and adherence to standard operating procedures. The last construct noted in the preview was how well pilots know and perceive safety-related support from their airline.

As noted, research activities looked separately at the go-around issues related to pilots and those related to airline managers. Participating pilots most often self-identified either with the pilot category that usually continues to land from an unstable approach (called unstable-approach pilots) or the pilot category that usually conducts a go-around when stable-approach criteria are not met (called go-around pilots).

“Unstable-approach pilots … scored significantly lower on all of the situational [awareness–construct] components,” Curtis said, noting, for example, that they communicated less in the cockpit. “Unstable-approach pilots feel discomfort in challenging other crewmembers in the cockpit, and particularly when [they] have a steep authority gradient. … They feel overall — [and] the go-around pilots [feel this] as well — that the go-around criteria that we give them are unrealistic for the world they operate in. … They’re telling us that they don’t believe in [the go-around policy/guidance]. Pilots indicate there is no disincentive for noncompliance. That is, ‘Management is not concerned, so I can basically do what I think is the best for my crew, for my flight at the time.’ ‘No disincentive’ … just means … they will get no feedback one way or the other if they don’t comply with this policy.”

Compared with unstable-approach pilots, four times as many go-around pilots told project researchers that the pilot monitoring or another crewmember on the flight deck typically prompted go-arounds.

Curtis said that airline managers as a whole were relatively reluctant to participate in this research, a posture that researchers attributed to discomfort about the mentioned disconnect between the go-around policy in force and actual data showing low compliance with it. “[As managers,] we’re responsible to manage that policy, [and] we know the compliance rate is very low, so we haven’t been that effective so far — but how come?” Curtis said. “Management is disengaged from the issue. [Survey data indicate that] 68 percent of management [respondents] did not know the [go-around] compliance rate in the industry, and only 16 percent estimated a rate close to the actual rate of 3 percent. More than half, 55 percent, did not know their own company’s rate of compliance.”

Overall, the participating managers — like the unstable-approach pilots — scored low on all situational components in the constructs. “Of those who did score higher, they saw their own policies as unrealistic and the [stable-approach] definitions as too narrow,” he said. “Generally, we have found that the industry tends to focus on minimizing unstable approaches, [which] is only going to have an effect on half of the [runway] excursions. There’s very little focus on go-around decision making and little focus on unstable landings.”

The forthcoming report will propose strategies to improve go-around decision making and execution, presenting comprehensive details about rationale, scope and implementation — some elements derived from practices already implemented by a few airlines engaged in resolving this issue.

One strategic recommendation calls for the airline industry to minimize the subjectivity of pilot decision making during approach and landing, tapping improved procedures, data sources and technology. Today, flight procedures and pilots’ passive calls provide relatively little objective information, but this could be improved by introducing active calls during approach (e.g., approach callouts at 1,000 ft, 500 ft and decision altitude — plus active calls during landing for threshold-crossing altitude and touchdown-zone end, the latter based on elapsed seconds from the threshold crossing or pilot observation of runway markings). Lateral and vertical guidance to flight crews also would help them consistently assess and respond to unstable approaches, Curtis said.

Although new stable-approach monitoring systems show promise at this early stage of their development, it should be possible in the near future to introduce unstable approach–alerting systems as robust as traffic-alert and collision avoidance systems or enhanced ground-proximity warning systems, he said.

Another recommendation calls for increased go-around noncompliance awareness within airlines and the entire industry. “Set go-around compliance rate targets and monitoring programs in your companies,” Curtis told IASS attendees. “As a manager, if you set rates and compliance targets, you’re going to put processes in place to achieve them. Without those targets, you’re going to manage something else that day.”

Another recommendation calls for optimizing existing stable-approach definitions/criteria and go-around policies “to really improve the relevancy of those policies for not only the flight crews but management,” he said. A practical objective of such revisions is to exclude very low risk approaches.

“We don’t want to have [flight crews] go around for every single unstable approach,” he said. “We need to separate the profile heights from energy-management criteria heights. We need to separate the stable-approach definitions from the decision-point definitions. [We need to] allow for some variable objective environments … some non-prescriptive, but guided, decision making.”

Going forward, an organization such as the Foundation ideally should track aggregated, de-identified noncompliance data and publish annual reports about go-arounds from unstable approaches to gauge the effectiveness of risk-reduction efforts, he added.

“To help encourage operators to set their own internal programs and targets, we’re recommending that state and industry audit programs such as the International Air Transport Association Operational Safety Audit include go-around noncompliance standards and recommended practices in the audits,” Curtis said.

The new report also will detail other rationale and considerations — such as go-around effects on air traffic control in congested airspace — behind the strategic recommendations, including the safety factors in the transfer of risk from a continued-approach profile to a go-around profile.

“In conclusion, the threat of go-around noncompliance is quite large,” Curtis said. “Mitigation is available now, and it’s not that complex. The impact of smart go-around decision making can be significant to our industry’s accidents.”