AIA Official to Be Named to FAA Safety Post

Ali Bahrami is a leading expert in commercial aircraft certification and validation. 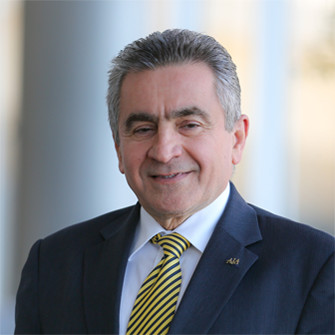 Bahrami has been in his AIA post since 2013, and is considered a leading expert in commercial aircraft certification and validation. In the 24 years before assuming that position, he held various positions with the FAA, including manager of the Transport Airplane Directorate of the FAA Aircraft Certification Service, where his duties included continued operational safety, certification policies and rules for large transport aircraft in the United States. Earlier, he was a senior engineer with Douglas Aircraft.

There was no indication Wednesday when the appointment will be announced or when Bahrami will take over the position, which has been vacant since the retirement earlier this year of Margaret Gilligan. She had served 37 years at the FAA, including eight years in the associate administrator’s post.

Mexico’s aviation safety rating has been downgraded by the U.S. Federal Aviation Administration.

The agency clears the way for 737-8 and 737-9 aircraft to return to service, possibly by the end of this year.