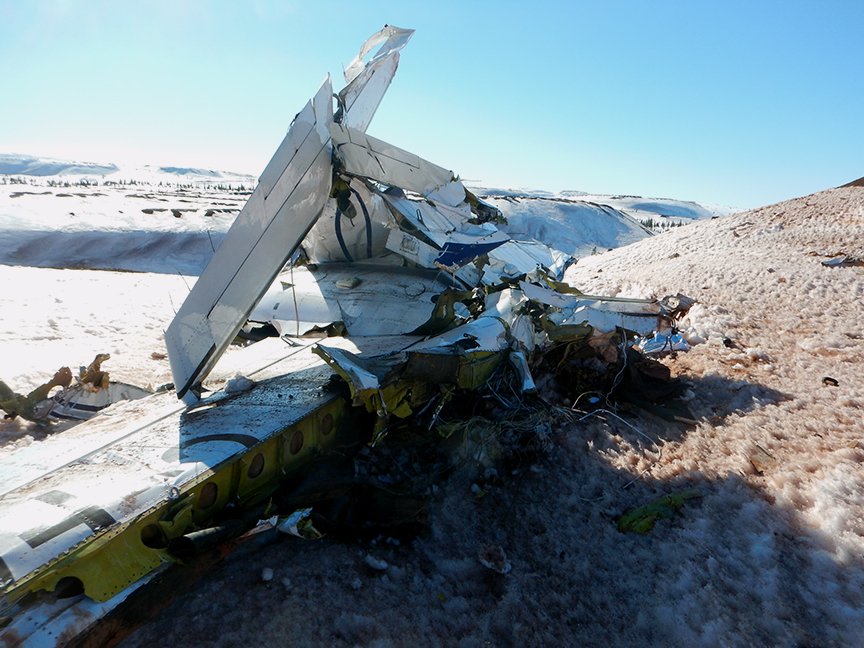 The Transportation Safety Board of Canada (TSB) is citing the fatal crash of a Piper PA-31 Navajo during low altitude flight after a surveying mission to bolster its call for mandatory installation of lightweight flight recording systems in aircraft not currently required to carry flight recorders.

In a report released late last week, the TSB said that Exact Air, the operator of the Navajo, was “unaware that the occurrence pilots had frequently flown at very low altitudes while transiting between survey areas and the [Schefferville, Quebec] airport.”

The Navajo was flying between 40 ft and 100 ft above ground level on April 30, 2017, when it struck power transmission wires and crashed to the ground as the pilots headed back to Schefferville after their second survey flight of the day, the TSB said. Both pilots were killed.

The TSB said that “sensation seeking, mental fatigue and an altered risk perception” likely contributed to the crash. The pilots did not detect the power lines, 70 ft above the ground, until it was too late to avoid them, the TSB said.
“In addition to providing investigators with information on the sequence of events prior to an occurrence, a lightweight flight recording system can also help a company conduct flight data monitoring and flight operation quality assurance programs, to ensure that pilots follow company procedures and operational limits,” the TSB said.

The TSB has previously recommended that Transport Canada require installation of the recording systems, including one recommendation issued earlier this year in a report on the Oct. 13, 2016, crash of a Cessna Citation 500 near Kelowna, British Columbia. The pilot and all three passengers were killed. The TSB said that, because of the absence of flight, voice and video data recordings, it could not determine why the airplane crashed.

The TSB said that after the Navajo accident, Exact Air held staff meetings and an awareness campaign to emphasize the risks of low-altitude flying.

Wreckage of the Piper Navajo northwest of the Schefferville, Quebec, airport. Source: TSB

A New Push for SMS

NTSB’s 2021‒2022 Most Wanted List renews calls for the expanded use of both SMS and flight recorders.

Citing its preliminary investigation of a Nov. 6, 2019, incident involving an Embraer 175, the U.S. National Transportation Safety Board (NTSB) has issued safety recommendations to address problems associated with…