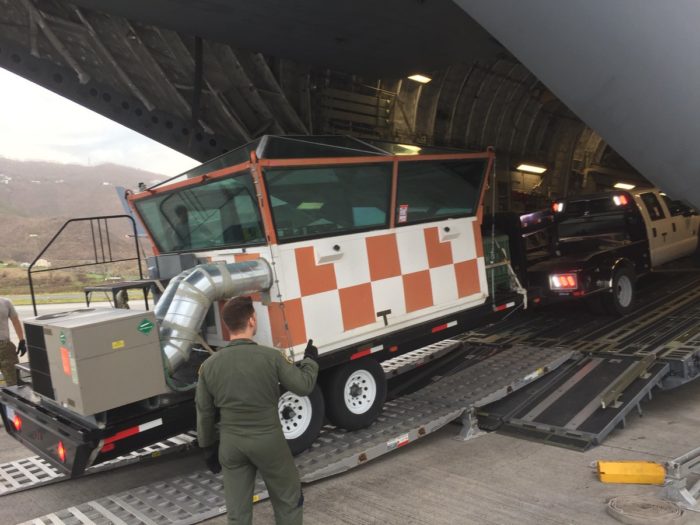 The airport’s permanent tower was badly damaged by the storm, and controllers managed air traffic from a tent on the airfield for several days before the tower arrived. FAA said it is shuttling controllers back and forth from San Juan, Puerto Rico, to staff the facility.

The mobile tower was airlifted to St. Thomas from Boise, Idaho, in a U.S. Air Force C-17, along with a trailer and truck to unload it. The tower is equipped with an engine generator, an air conditioner, four radios for the air traffic controllers and instruments to measure barometric pressure, as well as wind speed and direction, FAA said.