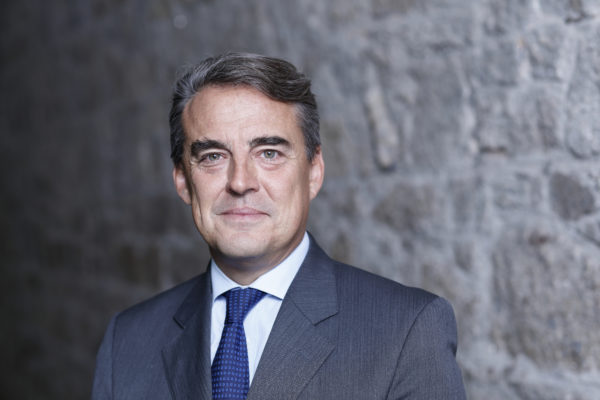 Cracks are beginning to show in the “natural partnership” on security between governments and airlines, Alexandre de Juniac, director general and CEO of the International Air Transport Association (IATA), said Monday at IATA’s Annual General Meeting in Cancun, Mexico.

De Juniac, who has been critical of U.S. and U.K. government restrictions on the carriage of large personal electronic devices (PEDs) in the passenger cabins on flights from select Middle East and North African airports, said, “We need to get security right. There is a clear duty to make sure that the measures are logical, effective and efficient. This is not the case with the current ban. And it must change.”

In March, acting on intelligence, the U.S. Department of Homeland Security implemented restrictions on flights from 10 Middle East and North African airports to the United States that required all laptops, tablets and other PEDs larger than a smartphone or cell phone to be carried in checked baggage and not in carry-ons. The U.K. implemented similar restrictions on flights from six countries. De Juniac said the restrictions caught everyone by surprise and were decided with “no consultation with industry” and little time to implement.

“We must trust that valid intelligence underpinned the U.K. and U.S. decisions,” de Juniac said in the Director General’s Report to the Global Air Transport Industry. “But the measures themselves test the confidence of the industry and the public — confidence that is critical for the success of any security regime.”

He said the measures are being questioned because the United States and the U.K. are “not aligned” on the airports that present a risk; Canada, Australia and New Zealand, which are members of the Five Eyes intelligence gathering and sharing alliance with the U.S. and the U.K. “are mitigating the threat without a ban”; and because questions about the safety of placing many lithium battery–powered devices in the baggage hold have not been answered.

In the medium term, more advanced and faster explosive detection technology is the solution to bomb threats, de Juniac said, adding “but painfully slow certification processes must be accelerated so that we can actually use it.”

Security is a government responsibility and governments set the rules, de Juniac said, but the airline industry has operational expertise. “And we are asking for a robust dialogue with governments to put that expertise to good use. Quite frankly, it’s hard to understand the resistance. We could achieve better solutions by working together.”